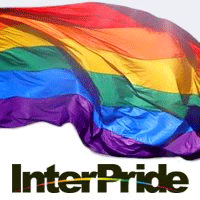 VANCOUVER, British Columbia, Canada — InterPride, International Association of LGBTI Pride Organizers, is deeply opposed to, and condemns the anti-homosexuality bill (often referred to as the “Kill the Gays bill”) that is promised to be passed by the end of 2012. This legislation will ensure that homosexuality is treated as a serious criminal offense and includes, but is not limited to introducing the death penalty for those accused of being serious offenders, those suspected of ‘aggravated homosexuality’ and those that are HIV-positive.
“We are stunned and disappointed that a hate law such can be potentially voted into law in the world today,” said InterPride Co-President, Caryl Dolinko. At InterPride, we work for equality, dignity and LGBTI human rights and our member organizations support these rights. We are appalled that Ugandan politicians have taken this antiquated and hateful stance”.
The anti-homosexuality bill was submitted in October 2009 as a private member’s bill by David Bahati, a Ugandan MP, and member of ‘The Family.’ (an influential fundamentalist Christian evangelical political organization) and has yet to gain parliamentary approval, but it will. The Speaker of Uganda’s Parliament, Rebecca Kadaga, says the country’s anti-homosexuality bill will be passed by lawmakers before the end of this year. Some Christian clerics in Kampala, the Ugandan capital, have asked the speaker to pass the law as “a Christmas gift.”
“It is abundantly clear that the proposed Ugandan anti-homosexual bill is in direct conflict with the International
Declaration of Human Rights and the Yogyakarta Principles that apply international human rights law to LGBTI people,” said Gary Van Horn, InterPride’s co-president. “InterPride is committed to encouraging our members to communicate to their respective national governments that this sort of hate mongering legislations cannot be tolerated by the international community. We ask that the global LGBTI community as well as all people who believe in protecting human dignity and rights join us in rejecting persecution and upholding well-established and universally agreed upon human rights standards.”
InterPride is the international association of LGBTI Pride Organizers with members throughout the world.
InterPride’s mission is to increase the capacity of our network of LGBTI Pride organizations around the world to raise awareness of cultural, social and legal inequality, and to effect positive change through education, collaboration, advocacy and outreach.  Information about the organization can be found at www.interpride.org.