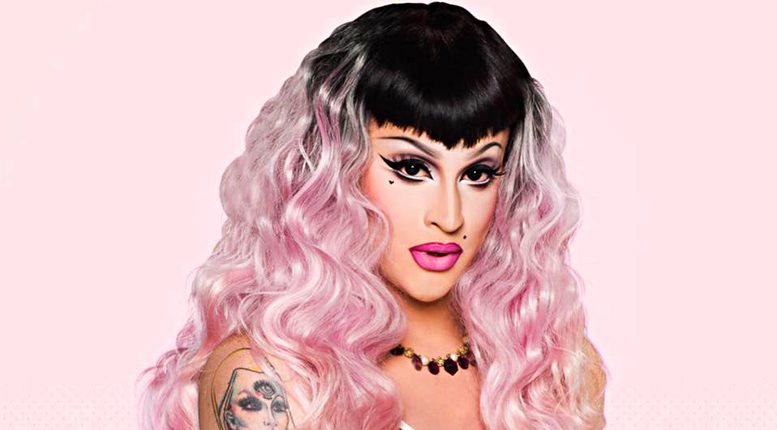 Now that the eighth season of “RuPaul’s Drag Race” has come to a close, the fans can look back at their favorite moments and keep up with their favorite queens. In most seasons, the farther a queen gets, the bigger her fan base is, but for Gloucester MA’s Laila McQueen going home in the second episode didn’t stop her from blowing up on the internet.

McQueen has been performing all over the country and updating her Instagram to keep up with the challenges from the show in her #ShouldaCouldaWoulda series on Instagram. She’s popping up all over the place in terms of the Drag Race world, including Bob the Drag Queen’s music video for “Purse First.”

McQueen sat down for an exclusive interview with The Rainbow Times to discuss her life post Drag Race.

Q: What have you been doing since the show?

Q: I see that you still have a big following after the elimination!

A: Surprisingly! People like me! I’m very surprised and I’m very grateful!

Q: Do you think that’s been helped by your #ShouldCouldaWoulda series?

A: Oh for sure, people are really loving that. A lot of people were upset to see me go because they wanted to see more. People are so in the moment in the show, having these little tidbits makes it nice for them I guess to see more from me.

Q: What does this say about being a popular drag queen that you’ve been so popular since the show compared to what they push as the best?

A: I guess people just like me. They saw that I have more to give. People are so crazy online, our whole cast was figured out, but no one had any clue I was on. People mentioned ‘Oh maybe Laila’ and the Nancy Drew Crew on Reddit was like “No! Debunked! She is not!” And then I was and everyone started looking me up to find more about me.

Q: When it came down your elimination, you ripped your dress off, which I thought was great, most queens wouldn’t pull that trick out.

A: I was talking to the girls about it, they were like “Girl twirl your dress, take it off!” I didn’t take my wig off, so that was great.

Q: I thought that showed a lot of confidence!

A: Apparently, I’m like a really good actor. I don’t think I’m all that confident, but I’m very humble and keep doing myself and find more confidence along the way. I’m full of self-doubt so that’s where all this drag and art comes from. It’s like “Are you really good? I’m not sure, but just go with it.”

A: I went to school for fine art so I try to do more art, but I’ve been travelling so I haven’t had time to do as much. Within three weeks of moving back home after school I got the call to be on the show so I went right into doing that.

Q: In your work, that confidence struggle comes out in your paintings. You really get across the whole fat positivity and anger with the “no fats, no fems” thing.

A: I’m not under the impression that I get it across so well so I appreciate that. In school they always tried to get us to tell a story. I find art very emotional and emotionally driven so I didn’t necessarily like that. I like to do stuff about feelings and leave it more open and abstracted.

Q: So what made you choose that topic?

A: I just at a certain point get so fed up because as a community, the gay community is like “Everyone needs to respect us, everyone needs to give us equal rights,” but then to each other, there’s a whole level of disrespect from gay person to gay person, from gay person to transgender person, from queer person to queer person. I feel like no one really respects each other and I get really bothered by that. Growing up and coming [out] and feeling like you’ve found your place even though people who are just like you aren’t being nice to you either, it was terrible. My whole senior show was just my personal experiences and my personal thoughts and dilemmas. I’m this way, I’m not that fat, not that thin, not that buff, just like “not good enough” so I just put that in everything.

Q: I don’t think I’ve seen many other fine artists put that into their work so it’s great that you’re doing that.

A: It doesn’t get put out there enough. I would like to do more with that, but on some level I feel like it’s such an obvious thing so that’s why people don’t touch on it because they don’t want to be cliché or anything. But that’s how I felt.

Q: So this is something you experience a lot in the community?

A: A ton. For other people, myself, everyone. I get that everybody has a type but there’s a difference between being straight up not interested and then being mean about it.