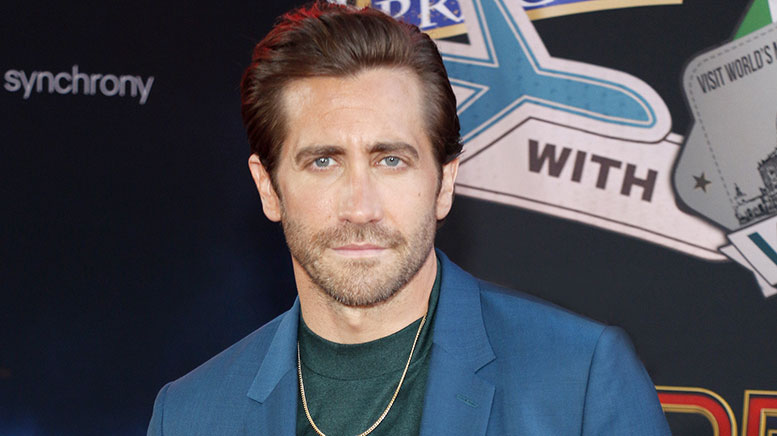 Jake Gyllenhaal invites you to the Fun Home

This is not a drill: Fun Home is going to be a movie. The autobiographical, bittersweet musical about a young lesbian’s coming-of-age in her family’s funeral-home business – one run by her difficult yet loving and deeply closeted father – will continue its evolution from Alison Bechdel-created graphic memoir to Tony Award-winning stage musical to big-screen production, thanks to producer Jake Gyllenhaal. The musical, adapted by Lisa Kron and Jeanine Tesori, will also star Gyllenhaal as the father. Every time a queer project gets a big screen push, we worry a little that heterosexual hands will dilute their strength, but we trust the Brokeback Mountain star here. He’s a proven ally and clearly knows that we’re a picky population when it comes to our stories being told well. So far there’s no other cast, no production information or release date, but we can wait patiently for something worth waiting for.

More Indya Moore! The transgender, non-binary actor who plays model Angel Evangelista on Pose has a new side gig and we’re very happy about that. They’re the voice of Shep, a non-binary character introduced in Steven Universe: Future, the continuation of Cartoon Network’s queer-inclusive animated series Steven Universe. The groundbreaking original series about the magical space adventures of a young boy who is half-human, half-alien already featured characters who were transgender and intersex – imagine, if you can, if Peppermint Patty and Scooby Doo’s Velma had actually been written as lesbians and what that would have meant to earlier generations of queer kids – and the new show upholds the foregrounding of queer characters leading lots of the action. The story takes place in Steven’s adolescence and there’s little question that it will continue to push the boundaries of cartoons aimed at young audiences. The future is here.

Netflix delivers queer YA movie The Half of It

In 2005, the romantic comedy-drama Saving Face, directed by Chinese-American lesbian filmmaker Alice Wu, broke ground for its realistic portrayal of queer issues in Chinese-American families (Wu wouldn’t sell the script to a studio in order to maintain artistic control). Naturally, this means it took 15 years for her to be able to make another film. But now she’s back with what promises to be a sweetly queer Netflix YA film, The Half of It. It’s about a shy, bookish, high school girl named Ellie (Leah Lewis, Nancy Drew) hired to script some love letters and articulate romantic dialogue for a kind but not-too-bright jock (Daniel Diemer, Sacred Lies) who needs help getting the attention of his opposite-sex crush (newcomer Alexxis Lemire). And then Ellie realizes she has feelings for the same girl. We’re going to guess that this ends up one for our team, but you know what, anything can happen in 2020. So we’ll be sitting our John Hughes-loving selves down to watch it on Netflix later this year when it drops.

The fourth coming of Jackass

It has been more than 20 years since Jackass entered our lives, asking us to love it, and making the world a better place with idiotic stunts. The men of that television and cinematic universe – Johnny Knoxville, Bam Margera, Ryan Dunn (R.I.P.), Chris Pontius, Steve O., and others – risked good sense and bodily well-being in the pursuit of plotless comedy mayhem. That they also won the attention of LGBTQ+ audiences with their idiosyncratic form of queer allyship and goofy male intimacy was just part of a collective stance. They were too cool to care about “no homo” bro culture. So now that there’s a fourth Jackass movie in the works from Paramount, slated for a spring 2021 release, our official position is one of happy anticipation. And a little fear. These guys are all in their 40s. Bouncing back from spinal injuries is no joke.

*Romeo San Vicente’s idea of a dangerous stunt is carrying a cup of hot tea from the kitchen to the table.