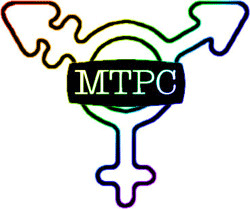 BOSTON, Mass. — The Massachusetts legislature’s Joint Committee on the Judiciary will hear public testimony on the Transgender Equal Access Bill July 9. The hearing will begin at 1 p.m. in Room A-1 at the State House.

The Transgender Equal Rights Coalition is urging members of the committee to favorably report H. 1589/S. 643, the Equal Access Bill, out of committee so that it may be debated and voted on by the full House and Senate.

“A national survey revealed that 58 percent of transgender Massachusetts respondents experienced verbal harassment or mistreatment in public spaces,” said Jesse Begenyi, interim executive director of the Massachusetts Transgender Political Coalition. “The Judiciary Committee will hear real stories of transgender residents who were excluded or treated unfairly in times of crisis or while simply going about their daily lives. Reporting the Equal Access Bill favorably to the House and Senate is an important step toward ensuring that all residents of Massachusetts, including transgender people, can access critical services like emergency health care, nursing home care and public transportation safely and without fear of discrimination.”

“We are trying to be good parents to our son. It is our responsibility to protect him and to make sure he is treated fairly,” says “A,” the mother an 11-year-old transgender boy who wishes to remain anonymous to protect her son’s privacy. “However, we face discrimination everywhere, from the healthcare system to the barber shop. We just want our son to be able to enjoy the same activities that other kids do, without worrying that he’ll be excluded or mistreated. That’s why we hope the legislature will pass the Equal Access Bill.”

Of the 17 states with transgender non-discrimination laws, Massachusetts is the only one that does not provide public accommodations protections. [pullquote]“Excluding transgender people from the public accommodations portion of our non-discrimination laws creates a two-tiered system of protections. To paraphrase Justice Ruth Bader Ginsburg, the transgender community gets ‘skim-milk’ civil rights protections, which sends the message it is still okay to discriminate against them. …” —Kara Suffredini, MassEquality’ ED.[/pullquote]

“Unequal treatment in our state’s civil rights laws undermines their very purpose,” said Kara Suffredini, executive director of MassEquality. “Excluding transgender people from the public accommodations portion of our non-discrimination laws creates a two-tiered system of protections. To paraphrase Justice Ruth Bader Ginsburg, the transgender community gets ‘skim-milk’ civil rights protections, which sends the message it is still okay to discriminate against them. There aren’t exceptions in our civil rights protections for women, racial minorities, or disabled people, and there must be no exceptions for transgender people, either. The Equal Access Bill is urgently needed to close this gap in our laws.”

“Like any of our other members, our transgender members use all of the facilities of the gym including the weight rooms, locker rooms, the classroom, and the cardio room. And, like any of our other members, they are there to work out, to push themselves and to be healthy,” said Mike Cuellar of Mike’s Fitness JP. We have not had a problem or a complaint about any issues in the locker rooms related to safety or privacy. I am very proud that we are seen as a welcoming and friendly environment for everyone, including the transgender community.”

About the Transgender Equal Rights Coalition

The Transgender Equal Rights Coalition is working to pass H. 1589/S. 643, “An Act relative to equal access in hospitals, public transportation, nursing homes, supermarkets, retail establishments, and all other places open to the public. Also known as the Equal Access Bill, this legislation would add protections based on gender identity to existing Massachusetts’ civil rights laws governing public accommodations, which currently prohibit discrimination on the basis of religious affiliation or belief, race, sex, sexual orientation, nationality, or any physical or mental disability. Gender identity is defined as “a person’s gender-related identity, appearance or behavior, whether or not that gender-related identity, appearance or behavior is different from that traditionally associated with the person’s physiology or assigned sex at birth.” Members of the coalition include: Massachusetts Transgender Political Coalition; MassEquality; Gay & Lesbian Advocates & Defenders; National Association of Social Workers, MA; Mass Gay and Lesbian Political Caucus; National Organization for Women, MA; ACLU of Massachusetts; Mass. LGBTQ Bar Association and ADL New England.