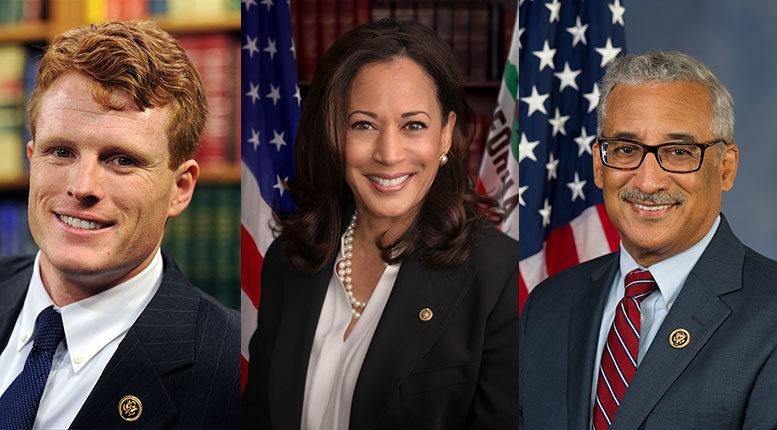 WASHINGTON—In an attempt to ensure that others are not discriminated against as a guise protected under the Religious Freedom Restoration Act (RFRA), two Congressmen and one Senator have re-introduced the Do No Harm Act to preserve the rights of marginalized groups often persecuted.

“The Do No Harm Act would clarify that no one can seek a religious exemption from laws guaranteeing fundamental civil and legal rights,” read a recent media release on the act. “Originally introduced in response to the Burwell v. Hobby Lobby Stores decision that made it possible for corporations to deny health care to female employees, the legislation would also overturn the Trump Administration’s recent waiver allowing child welfare agencies in South Carolina to discriminate against LGBTQ individuals and different religions.”

“We cannot be equal or free if our government grants select Americans a license to discriminate against their neighbors under the guise of religious freedom,” said Congressman Kennedy. “By passing the Do No Harm Act, we can reestablish the sacred balance between religious liberty and the personal liberties of those who have too often had their civil rights bargained away. I’m proud to stand with Congressman Scott, Senator Harris, and civil rights activists from around the country as we continue on our march towards a more perfect union.”

In 1993, Congress passed the RFRA to protect the rights of religious minorities.

“When the Religious Freedom Restoration Act became law, it wasn’t expected that it would be used to allow religiously motivated discrimination against other Americans,” said Roy Speckhardt, Executive Director of the American Humanist Association. “Sadly, the religious right twisted this law to create a new system of special rights for the religious to disregard important laws … Importantly, the Do No Harm Act would amend RFRA, clarifying that the original legislation cannot counteract civil rights laws, employment laws, protections against child abuse or access to health care.”

Specifically, the Do No Harm Act would limit the use of _RFRA_ in cases involving discrimination, child labor and abuse, wages and collective bargaining, access to health care, public accommodations, and social services provided through government contract.

“The Do No Harm Act would amend RFRA to clarify that no one can cite religious belief as grounds to undermine Civil Rights Act protections, limit access to health care, and refuse service to minority populations,” said Chairman Bobby Scott, Committee on Education and Labor. “This bill would restore the original intent of RFRA, and ensure that religious freedom is only used as a shield to protect individuals from discrimination, and not a sword to cut down the rights of others.”

Senator and Democratic presidential hopeful Kamala Harris also a zeroed in on the First Amendment and cited the LGBTQ community specifically.

“The freedom to worship is one of our nation’s most fundamental rights,” Senator Harris said. “That First Amendment guarantee should never be used to undermine other Americans’ civil rights or subject them to discrimination on the basis of race, gender, sexual orientation, or gender identity. I’m proud to reintroduce the Do No Harm Act in the Senate to more comprehensively protect the basic rights of every American.”

Congress passed the RFRA in response to a Supreme Court case undermining the rights of religious minorities. But in recent years, the misapplication of RFRA has been used to deny health care coverage for employees, claim exemptions to civil rights law, and complicate justice in child labor and abuse cases.

“In the era of the Trump administration, too many people across the country are suffering the consequences of discrimination in the name of religious freedom,” said Rachel Laser, president, and CEO of Americans United for Separation of Church and State. “We need to pass the Do No Harm Act now more than ever to protect people like our client Aimee Maddonna, who was turned away by a foster care agency for being the ‘wrong’ religion.”

Since Trump’s inauguration, civil rights and liberty for the LGBTQ community and any other marginalized group have been under attack at unprecedented rates.

“RFRA should be a shield for religious freedom—not a sword for discrimination,” said Ian Thompson, senior legislative representative at the ACLU. “But this administration has spent two years weaponizing religious liberty in its hostility against marginalized communities … It is now more important than ever for Congress to defend the American people from these attacks. The _Do No Harm Act_ represents a meaningful step toward protecting individuals from discrimination, denial of health care, and other harms.”

Members of the LGBTQ community and the vast subcultures within it are common targets of RFRA, making the passage of it a critical step to living safely in the US.

“In 2016, a federal judge ruled in favor of a Detroit, MI funeral home who fired a transgender employee specifically because of her gender identity,” Speckhardt said. “The decision relied on this manipulation of RFRA, stating that the legislation could be used as a defense in a sex discrimination claim under Title VIII. This is a warped interpretation of religious freedom, and one that the Do No Harm Act would have prevented. Cases like this one aren’t rare—and they’ll only worsen if RFRA isn’t corrected.”

Although RFRA was established to reinforce the right of religious minorities to practice their religion without persecution, some activists have contorted its intent to suit their anti-equality agenda, some argue.

“… Some anti-equality activists have distorted and manipulated the legislation to try and justify discrimination against others,” said Human Rights Campaign Government Affairs Director David Stacy. “The Do No Harm Act will preserve the core protections of RFRA while clarifying it cannot be used to violate essential non-discrimination protections, including for the LGBTQ community.”

Speckhardt stressed the urgency to pass the Do No Harm Act now.

“The longer we wait to restore the original purpose of RFRA, the longer that religious freedom and equality suffer,” he said. “Introducing the Do No Harm Act within the first few months of the new session of Congress is an important way for members of Congress to show that they not only care about religious freedom and opposing discrimination, but that it is a top priority.”

And, at the core, it boils down to a basic concept.

“With the passage of the Do No Harm Act, RFRA would finally do what it was intended to do—protect the religious freedom of all Americans while also protecting our civil rights and liberties,” Speckhardt added.