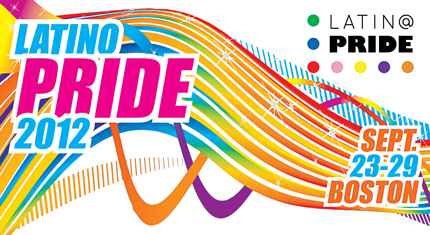 Boston, Mass – Boston Pride announced last week that the theme for the 2013 Latin@ Pride week is, “Unidos, Empoderados, y Siguiendo Hacia Adelante.” The theme; United, Empowered and Moving Forward, represents the importance of having an inclusive environment for LGBTQ Latinos to come together with their community and allies to empower each other. Latin@ Pride 2013 will be held from September 21st through September 28th.

In 2012, Latin@ Pride transitioned responsibilities of developing the programming over to Boston Pride. Since attaining these responsibilities, the week of events has grown considerably and a record number of the Latino LGBT community, allies and supporters are expected to participate in events throughout the week.

The Latin@Pride Committee produces events and activities that aim to create a welcoming, supportive and inclusive environment for Latino LGBT to gather, thrive, network and forge community connections. On September 15th Boston Pride will celebrate Hispanic Heritage Month with CONTROVERSY on the WATER: Latin@ Pride Boat Cruise (www.bostonpride.org/boatcruise/) to benefit Latin@ Pride and will help fund the events throughout Latin@ Pride Week, which will include:

If you can feel it, you can Speak it – Open Mic Night; Visit Bostonpride.org/latinopride for Time/Location to be announced

Visit Bostonpride.org/latinopride for Location to be announced

Latin@ Pride, an advocacy arm of Boston Pride, exists to provide educational and social events for the greater Boston Latin@ LGBT community and allies. Its goal is to create a welcoming, supportive, inclusive environment for Latino LGBT people to gather, thrive, network and forge community connections.