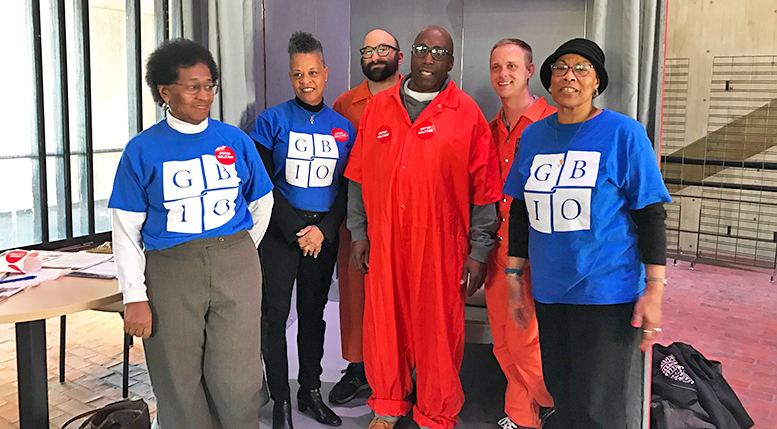 In the 2017-2018 legislative session, advocates at the State House scored key victories for LGBTQ people across Massachusetts.

LGBTQ advocates and allies have worked together collectively, in some instances for several years, to accomplish a string of achievements that help advance Massachusetts’ reputation as an inclusive state.

An Act Advancing Contraceptive Coverage and Economic Security in Our State (ACCESS ACT) will bolster reproductive health protections for women in the Bay State. The bill mandates that Massachusetts residents have access to affordable birth control and ensures that insurance companies provide coverage for all legitimate forms of birth control while prohibiting them from interfering with reproductive health decisions.

“President Trump fulfilled a campaign promise to gut the birth control mandate of the Affordable Care Act in October 2017,” said Rebecca Hart Holder, executive director of Naral Pro-Choice Massachusetts, which played an active role in advocating for the bill. “Trump hasn’t hidden his anti-woman agenda. We moved quickly by working with Massachusetts health insurers to create a state law that preserves and expands the rights of the women and families of Massachusetts to access co-pay free contraceptive coverage.”

In November, Mass. Governor Charlie Baker signed the ACCESS Act into law and Holder contends that the legislation will have long-lasting consequences.

“With this new law, no matter what happens at the federal level, the people of Massachusetts do not have to worry about co-pay free access to birth control. Massachusetts was the first state to respond to Trump’s anti-choice attack on birth control and, according to the Guttmacher Institute, we are one of nine states that prohibit cost-sharing for birth control.”

A comprehensive bill addressing the Massachusetts criminal justice system that saw several key protections for LGBTQ prisoners was signed into law in the spring. The reforms include policies that restrict the Massachusetts Department of Corrections from arbitrarily using solitary confinement practices on LGBTQ prisoners, new mandates calling for transgender prisoners to be housed with prisoners of the same gender identity, and the creation of a special commission to study the health and safety of LGBTQ people who are incarcerated.

“We are talking about folks who are our neighbors, sisters, brothers, moms, and dads,” said Dominique Morgan, the national director of Black and Pink, a national advocate for LGBTQ prisoners based out of Nebraska. “These [are] foundational aspects of respect that it took a law to implement.”

Michael Cox, an active member-leader of the Boston chapter of Black and Pink, said that the provisions are a great first step, but more work needs to be done.

“The true measure of the effectiveness of these reforms will be [in] how many prisons and jails we close in this state,” he said. “Instead of debating about how we can make prisons less awful, we should be debating how to abolish them. At Black and Pink, we envision a world where humans are not put in cages. We know the causes of incarceration are poverty and racism. If we can address these issues, a brighter day will be around the corner.”

Cox also noted that while passing legislation is important, it does little to change the cultures within the prison system.

“The issue of culture needs to be addressed by hiring prison staff from behavioral health and social work rather than paramilitary backgrounds,” he said.

Deborah Shields, executive director of MassEquality, a statewide LGBTQ advocacy organization, noted that the provisions of this bill help establish the Commonwealth as a trendsetter.

“Massachusetts will be the second state in the nation, after Connecticut, to require the protection of LGBTQ people in prison,” she said.

More than $30 million was apportioned for the provision of HIV/AIDS services and programs, specifically for those living with viral hepatitis, sexually transmitted infections (STIs), and tuberculosis.

“For the last several years the governor has cut the budget line item that pays for HIV, STIs, and Hepatitis C,” said AIDS Action Committee (AAC) Executive Director Carl Sciortino. “We were fortunate to have the legislature restore more than [$2 Million] this year, bringing us back up to $30.8 million, which the governor signed into law. These additional funds will allow programs across the state to do more outreach, testing, prevention, and harm reduction work. In particular, given the opioid crisis, we have a growing number of needle exchange sites opening across the state, all of which require funding for frontline staff and supplies.”

Though Massachusetts is often hailed as a progressive state, it still has several outdated laws in place. An Act Negating Archaic Statutes Targeting Young Women (NASTY ACT) was signed into law in late July and provides revisions to several bills impacting women.

Statutes criminalizing abortion, premarital sex, adultery, and contraceptive use were effectively nullified thanks to the bill’s passage.

“NARAL Pro-Choice Massachusetts has been pushing for years to have the laws repealed from the Massachusetts General Laws,” said Holder. “With the nomination of [Brett] Kavanaugh to the U.S. Supreme Court, we recognized that President Trump intends to use this nomination to overturn Roe v. Wade and this posed a threat to the people of the Commonwealth seeking to control their reproductive destiny.”

Though Massachusetts is often seen as a liberal bastion, Holder said, it was important to nullify the outdated laws to ensure that the Commonwealth is protected, should federal authorities attempt to attack women’s rights.

“We didn’t want to enter a state of limbo where the legality of access to abortion in Massachusetts was unclear or could be misinterpreted,” she continued. “We worked with the Massachusetts Legislature to repeal any archaic laws that could be used to attempt to ban the full spectrum of reproductive health care, including abortion. The Legislature acted swiftly, recognizing the threat to reproductive health care, and we were thrilled to remove this potential barrier to access from Massachusetts law.”

Massachusetts scored a huge victory by becoming the first state in the country to pass legislation mandating culturally competent care for LGBTQ elders. The bill requires the Executive Office of Elder Affairs to develop specific curricula to teach service providers about issues relating to LGBTQ older adults. The legislation also requires any agency that is licensed by, or contracts with, the Commonwealth to adhere to this training and provide access to care to LGBTQ seniors.

Bob Linscott, assistant director for the LGBT Aging Project at The Fenway Institute, said that the bill’s passage will increase awareness of the number of LGBTQ elders currently in need of services.

“People are going to start showing up on the radar screen. We’re going to see that [LGBTQ elders] are in every town and every city. Within five years, everyone is going to understand the urgency.”

Shields of MassEquality said Massachusetts has done strong work to be a leader on this issue, compared to other states.

“We are the only state in the nation that now requires LGBTQ cultural competency training for all elder care providers,” said Shields. “This means that our elders can receive care without fear of discrimination or harassment. As our population ages and as the current federal administration attempts to roll back our civil rights, this new law is especially significant.”

“The PATCH Act fills a gap in health care confidentiality that served as a deterrent to many LGBTQ people,” said Shields of An Act to Protect Access to Confidential Healthcare (PATCH Act). “The new law means that for people who are on another person’s health insurance, such as LGBTQ youth who are enrolled through their parents, or anyone in an abusive relationship with the insured person, will have their medical information about sensitive services be kept confidential on health insurance statements sent to the enrolled person.”

By way of example, Shields discussed a young transgender person seeking gender affirmation services or HIV testing as a beneficiary on someone else’s insurance such as a parent. With the passage of the act, insurance companies will no longer be able to list itemized services on statements sent to the primary owner of the insurance plan, whether a parent or spouse. As such, those services will remain confidential and will not be shared with the primary insurance holder.

“This is a huge step in removing barriers to health care for thousands of people,” she continued.

Though passage of these bills is a tremendous step forward, Shields noted that there is still a big battle on the horizon.

To learn more about the Yes on 3 campaign, visit https://bit.ly/2Pf7w8n.