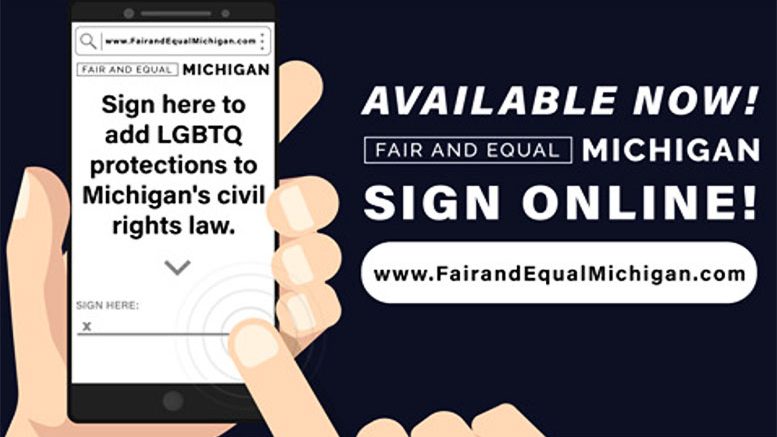 LANSING—Fair and Equal Michigan, the campaign to pass Michigan’s first LGBTQ equal rights law through a citizen initiative (seeking to amend the Elliott-Larsen Civil Rights Act), filed a lawsuit today stating that that federal and state orders and safety measures aimed at protecting citizens from COVID-19 have made it impossible to collect the required 340,047 petition signatures by the state of Michigan’s May 27 deadline.

“The Constitution grants the people the power to propose and to enact laws. The pandemic made exercising that right ‘insurmountable’ task of collecting signatures during a limited number of days,” said Fair and Equal Michigan Legal Counsel Steven Liedel of Dykema Gossett PLLC. “The case filed today asks the Michigan Court of Claims to join other courts in recognizing the severe burden on the exercise of fundamental constitutional rights imposed by COVID-19.”

And they are unwavering as far as attaining the rights that they feel entitled to, according to Fair and Equal Michigan Co-Chair and President, Trevor Thomas.

“Even while this pandemic is hitting Michigan hard, nearly 200,000 of our citizens are determined to have their rights protected and their voices heard,” said Thomas. “We will pursue our case to Michigan’s highest court to protect our progress, honor our financial support, and ensure our volunteer energy proceeds unabated. Even, and especially, at times of great difficulties, such as our current public health crisis, our precious Constitutional rights must be upheld. And so our stand will continue: Every Michigander deserves an equal chance at success, without [the] threat of being fired, harassed, or demoted simply for who they are or who they love.” 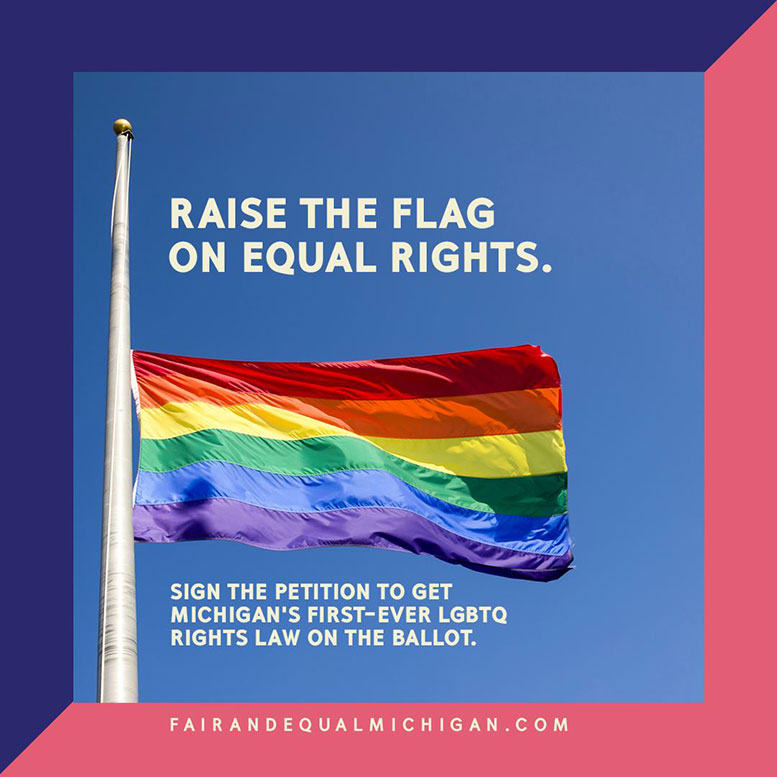 Door-to-Door canvassing has numerous benefits that prove successful to similar campaigns, but this fight for equality must continue, others asserted.

“Despite our strong start to the campaign—scaling from zero to 628 fully trained volunteers along with a near 200-person paid field team, Fair and Equal Michigan was greatly impacted by the COVID-19 pandemic and complied with guidelines to keep our volunteers and staff safe,” said Fair and Equal Michigan Co-Chair and Neuropsychologist, Dr. Mira Jourdan. “While other ballot campaigns suspended their efforts, we sought innovative ways to keep our fight for equality moving forward—including a petition-by-mail and becoming the first campaign in Michigan to attempt electronic signature collection. Unfortunately, there is no substitute for traditional canvassing based on cost, time, and quality.”

Up until the COVID-19 pandemic hit, Fair and Equal Michigan had been running what many consider to be the most promising effort in state history to amend the Elliott-Larsen Civil Rights Act to protect lesbian, gay, bisexual and transgender people. Key moments include:

State law requires that the Fair and Equal Michigan campaign collect 340,047 signatures by May 27. The campaign is seeking injunctive relief to reduce the signature requirement to 127,518 registered voters. This number is determined to be appropriate because Fair and Equal Michigan was only able to canvass for 45 of the 120 days—37.5 percent of the allotted time—given by state law for citizen petitions to collect valid signatures.