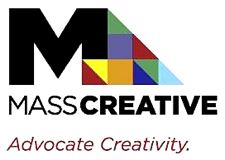 By: Matt Wilson and Craig Coogan*—
In just a few short weeks, on November 4, we’ll be electing a new governor, and making our picks for state lawmakers. Each of us have various litmus tests for deciding who to vote for: a candidate’s support for LGBT issues; fiscal policy plans; how the candidate has performed in past public jobs.

To this list, we urge you to add the candidates’ support for the arts. It is impossible to overstate what art and culture brings to the health and wealth of the Commonwealth. Generally speaking, nonprofit arts and cultural organizations in Massachusetts are responsible for creating more than 45,000 jobs and supporting $2.1 billion in economic activity annually. Every dollar spent by an arts and cultural organization generates $2.30 in sales for nearby businesses, which results in another $2.5 billion of economic activity.  [pullquote]We in the LGBT community know this isn’t nice—it’s necessary. Whether we are talking about theater, music, poetry, painting, or other media, art is―and always has been―a critical part of the LGBT experience. [/pullquote]

But art does something else that is impossible to put a price on: it builds community. We in the LGBT community know this isn’t nice—it’s necessary. Whether we are talking about theater, music, poetry, painting, or other media, art is―and always has been―a critical part of the LGBT experience.

That’s why we think it’s important to consider a political candidate’s willingness to invest in the arts and talk about the role of culture in our community when deciding whom to support at the polls. MASSCreative is running the Create the Vote campaign to help publicize the positions that our gubernatorial and state legislative candidates hold on the arts. You can get more information online at Mass-Creative.org.

To give one example: the Boston Gay Men’s Chorus will travel this summer from Boston to Ein Gedi, Jerulalem and Tel Aviv in Israel and then to Istanbul Turkey. It will be a community-building tour in which the chorus will utilize music to break down stereotypes and facilitate communication. Early backing for this tour from the Massachusetts Cultural Council was vital to its launch.

In the remaining weeks left before the November 4 election, please ask yourself whether the candidates understand the role that arts and culture plays in our community, and whether they will give it the support it needs to thrive.