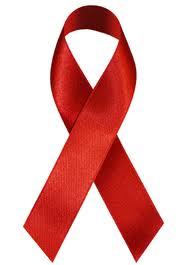 In late May, researchers in a major international study reported definitive evidence that early antiretroviral treatment (ART) substantially reduces HIV-infected persons’ risks of developing AIDS or other serious illnesses. In particular, the study showed that people who start ART when their CD4 T-cell counts are relatively high (a key measure of immune system health) have better health outcomes than those who delay treatment until their CD4 cell counts drop to lower levels. Together with data from earlier studies showing that ART reduces the risk of HIV transmission to uninfected sexual partners, this new information supports offering treatment to everyone infected with HIV.

The recent findings are from the Strategic Timing of AntiRetroviral Treatment (START) study, which began in 2011 and enrolled nearly 4,700 HIV-infected men and women in 35 countries with CD4 cell counts above 500. START’s primary objective was to determine whether taking ART immediately would lower the risk of AIDS, other serious illnesses, or death compared to waiting until a person’s CD4 cell count fell to 350 or lower. “We now have clear-cut proof that it is of significantly greater health benefit to an HIV-infected person to start ART sooner rather than later,” noted Anthony Fauci, director of the National Institute of Allergy and Infectious Diseases. “Moreover, early therapy conveys a double benefit, not only improving the health of individuals but at the same time, by lowering their viral load, reducing the risk they will transmit HIV to others. These findings have global implications for the treatment of HIV.”

In a posting on the blog.AIDS.gov site, Fauci further noted that about 35 million people are currently living with HIV worldwide. In 2013 alone, an estimated 2.1 million persons were newly infected with the virus. “Although the START trial now provides firm scientific proof of the benefits of early initiation of ART, to achieve full viral suppression for all HIV-infected individuals will require addressing a number of care and treatment challenges, including stable access to medications, access to trained health care workers, and achieving the high levels of adherence required for ART effectiveness.”

On July 1, CDC announced the awarding of $216 million over five years to 90 community-based organizations (CBOs) nationwide (including Fenway Health) that are involved in HIV prevention. According to CDC, this funding will support the delivery of effective HIV prevention strategies to those at greatest risk, including people of color, men who have sex with men (MSM), transgender persons, and people who inject drugs. “The organizations we’re funding have a strong foothold in the hardest-hit communities,” noted Jonathan Mermin, director of CDC’s National Center for HIV/AIDS, Viral Hepatitis, STD, and TB Prevention. “They have the credibility and experience needed to deliver the most effective HIV prevention strategies to those who need them most.” CBOs will use the new funding to deliver high-impact HIV prevention strategies, including:

In a much-anticipated decision, the U.S. Supreme Court ruled on June 25 that health care subsidies under the Patient Protection and Affordable Care Act (ACA) are legal. The 6-3 decision is a major victory for supporters of the ACA and health care reform. In the case known as King v. Burwell, opponents of the law challenged an Internal Revenue Service ruling that, under the ACA, individuals who purchase private health insurance through both federal and state-run health insurance exchanges are eligible for tax subsidies.

“This case had the potential to severely undermine and possibly implode the ACA,” according to analysts at Harvard University’s Center for Law and Health Policy Innovation (CLHPI). “If the challengers had prevailed, potentially five million Americans who recently gained coverage under the ACA would have lost their access to health insurance and health care, and the health insurance industries of 34 States would have been seriously harmed,” CLHPI contends.

“Congress passed the Affordable Care Act to improve health insurance markets, not to destroy them,” Chief Justice John Roberts wrote in the majority opinion. “The combination of no tax credits and an ineffective coverage requirement could well push a state’s individual insurance market into a death spiral. It is implausible that Congress meant the Act to operate in this manner.”

Judge Antonin Scalia sharply disagreed with the Court’s majority in his dissenting opinion, joined by justices Alito and Thomas. He called the majority’s interpretation of ACA’s subsidy language “quite absurd” and argued that “words no longer have meaning if an Exchange that is not established by the State is ‘established by the State.’”

The decision was widely hailed by proponents of health care reform, including the American Public Health Association (APHA). “We are pleased the Court understood the legislative history and intent of this law and ruled in favor of the [Obama] Administration,” according to an APHA statement. “This ruling ensures that health insurance tax credits will remain available in all states and more importantly that health insurance will remain affordable for those people who receive it through the exchanges.”

July Update on the HIV Outbreak in Rural Indiana

The number of newly reported cases of HIV in rural Scott County in southeastern Indiana has slowed during the past two months, rising from 153 in mid-May to 174 by July 14. Officials from the Indiana State Department of Health (ISDH) are continuing to work with local health departments, health care providers, and others to contain the spread of HIV. Disease intervention specialists are interviewing each newly identified HIV-infected person to obtain information about needle-sharing and sex partners, as well as helping persons connect to care coordination services, medical care, and HIV prevention information.

Eighty-six percent of the HIV-positive persons in the recent outbreak are coinfected with hepatitis C virus (HCV), ISDH officials reported at a mid-June briefing. At that time, 69% were engaged in care and 7% were virally suppressed. Indiana health officials identified two main goals in their continuing response to the outbreak: “1) suppress and sustain suppression of the community viral load; and 2) provide all services vital and necessary to identify and care for HIV-positive individuals and high-risk negatives with the Local Health Department Needle Exchange Program through coordination and collaboration at a local level.”

“The results presented in this report show that although the overall percentage of persons living with HIV who have received a diagnosis of HIV infection is high, additional efforts are needed to ensure that all jurisdictions meet the goals of the [National HIV/AIDS] Strategy,” (NHAS) according to the researchers. One key objective of the NHAS is to increase the percentage of persons living with HIV who know their status to greater than 90%. “Continued efforts to implement routine HIV screening in health care settings and focus on targeted testing in non–health care settings to access populations in communities with disproportionately high HIV burden . . . might help further reduce undiagnosed HIV infection.”

In the second report, Identifying New Positives and Linkage to HIV Medical Care – 23 Testing Site Types, United States, 2013, CDC researchers analyzed data for 23 HIV testing site types to determine: 1) the number of HIV tests conducted; 2) the percentage of persons with new diagnoses of HIV infection (referred to as “new positives”); and 3) the percentage of persons who were linked to HIV medical care within 90 days after receiving HIV diagnoses. They found that, in health care settings, primary care, and sexually transmitted disease (STD) clinics accounted for substantially more HIV tests than did other sites, and STD clinics identified more new positives. In non-health care settings, HIV counseling and testing sites accounted for the most tests and identified the highest number of new positives.

“No HIV testing site met the National HIV/AIDS Strategy goal of 85.0% linked to HIV medical care within 90 days of diagnosis based on the minimum percentages calculated,” the researchers noted. However, when they used the maximum percentages for linkage-to-care rates, they found that the goal was met by 8 of the 12 site types among health care settings and 7 of 11 site types among non-health care settings.

“Activities to reduce behavioral risk factors and improve linkage to care are critical to improve health and prevent HIV transmission to partners,” the CDC researchers concluded. “Focusing HIV testing efforts on the most effective sites in both health care and non–health care settings and increasing linkage to medical care could have a large impact on identifying new positives and ensuring that they receive recommended services.”

CDC recently published its new Sexually Transmitted Diseases Treatment Guidelines, 2015 for the care of persons who have or are at risk for sexually transmitted diseases (STDs). According to CDC, the 2015 guidelines include discussions of the following health issues: 1) alternative treatment regimens for gonorrhea; 2) diagnostic tests for trichomoniasis; 3) alternative treatment options for genital warts; 4) the role of Mycoplasma genitalium bacteria in urethritis/cervicitis and implications for treating these conditions; 5) human papillomavirus vaccine recommendations and counseling messages; 6) STD management in transgender persons; 7) annual HCV testing in persons with HIV infection; 8) diagnosis of urethritis; and 9) retesting to detect repeat infection.

CDC has developed several resources to help health care providers access, understand, and use the 2015 guidelines effectively, including:

Limited quantities (in print) of the Wall Chart and Pocket Guide may be ordered through CDC’s Information on Demand system.