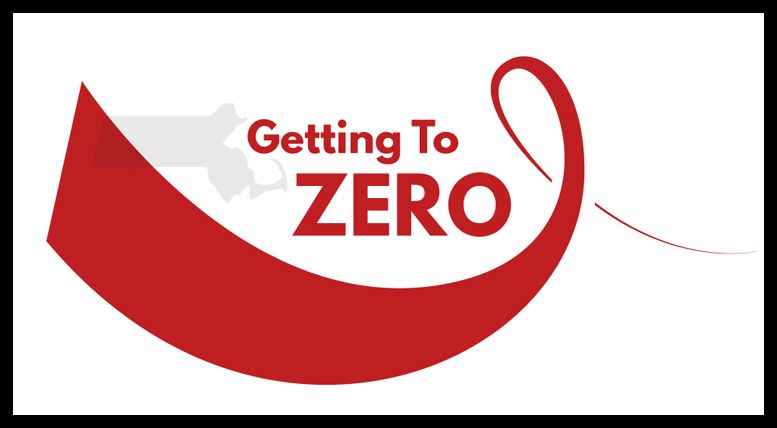 BOSTON, Mass.―The Massachusetts Getting to Zero Coalition, led by the AIDS Action Committee, Fenway Health, and over 35 supporting organizations from the six health regions of the Commonwealth, today released a plan to end HIV/AIDS in Massachusetts. The plan seeks to ensure that by 2020, 90 percent of those living with HIV are aware of their status; 90 percent of those diagnosed with HIV are treated with antiretroviral therapy; and 90 percent of those receiving antiretroviral treatment are virally suppressed. It is modeled on the Getting to Zero new HIV infections plan created by the Joint United Nations Programme on HIV/AIDS which has been adopted by the state of New York and city of San Francisco. The plan will be launched on World AIDS Day, Thursday, December 1 at a reception at Harvard Medical School from 6 to 8 p.m.

In Massachusetts today, approximately 90 percent of those living with HIV (22,451 people) are already aware of their status, and 16,872 are being treated with antiretroviral therapy. To achieve the 90 percent treatment goal (20,206 people), an additional 3,334 people living with HIV would need to be engaged in healthcare. Approximately 72 percent (14,560 people) of those in treatment are virally suppressed; to reach the goal of 90 percent, an additional 3,625 people would need to achieve viral suppression.

“When the AIDS epidemic erupted more than 35 years ago, Massachusetts stood out as a national leader in its response to the epidemic. We realized early on that we needed to speak directly to those at high risk of contracting AIDS, and we had to do it in ways that were culturally appropriate,” said AIDS Action Executive Director Carl Sciortino. “As we seek to end AIDS in Massachusetts, we’re taking that same approach of going directly to those at highest risk of HIV infection to ensure they have the treatment they need to stay healthy. But we’re also going to employ sexual health training for healthcare providers and make big data available for prevention program designers to exploit every possible opportunity to end the spread of HIV.”

In 2016, the Massachusetts Getting To Zero Coalition held 10 community forums and 10 working group meetings in every region of the state. Discussions with healthcare providers, case managers, peer health navigators, people living with HIV/AIDS, people affected by HIV/AIDS, and members of local communities with high rates of HIV/AIDS yielded seven priorities to eliminate AIDS in Massachusetts:

The coalition identified 40 activities to support these priorities, including:

Over the next few months, the coalition will take feedback from community members on its plan, and create working groups that will plan concrete strategies to implement the seven identified priorities for ending HIV/AIDS in Massachusetts. It will then define the public indicators used to evaluate the Getting to Zero initiative in Massachusetts, and partner with other community groups whose work intersects with the key priorities and goals of the Getting to Zero initiative.