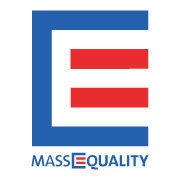 “This election offered historic victories for LGBTQ equality. Up and down the ballot, statewide and locally, voters chose pro-LGBTQ champions. There are still so many issues to address for the LGBTQ community, from elders aging into isolation, to youth forced into homelessness, to basic nondiscrimination protections for transgender people. We are pleased that voters have chosen champions who have already proven that they will work to address these needs in our Commonwealth.

“We are thrilled with the election of Maura Healey for Attorney General, who will make history when she takes office as the country’s first openly gay state attorney general. Maura’s leadership on LGBTQ issues has improved our Commonwealth and our country, and MassEquality looks forward to continuing to work with her to continue the Commonwealth’s national leadership on LGBTQ issues.

“Although our long-time and uniquely accomplished partner on LGBTQ issues, Martha Coakley, did not win the race for governor, the success of pro-LGBTQ champions up and down the ballot sends a clear message that Massachusetts continues its national leadership on LGBTQ issues. We congratulate Governor-Elect Charlie Baker on his victory, and we look forward to working with his administration to meet that message.

“We elected 19 of our endorsed pro-LGBTQ champions to Beacon Hill. In doing so, we won five open seats, and re-elected 13 champion incumbents. These champions will be essential to advancing our 2015-2017 agenda of supporting homeless LGBTQ youth, ensuring LGBTQ elders may age with dignity, and finishing the job of ensuring basic nondiscrimination protections for transgender individuals by securing public accommodations protections.”

The MassEquality PAC stands with, develops, and elects candidates who outspokenly champion justice and equality for all LGBTQ people across Massachusetts. Since 2004, the PAC has consistently researched, interviewed and endorsed pro-equality candidates for both state and local offices. The six-member board works tirelessly to ensure that these candidates have the platforms to advocate for equality for all members of the LGBTQ community.