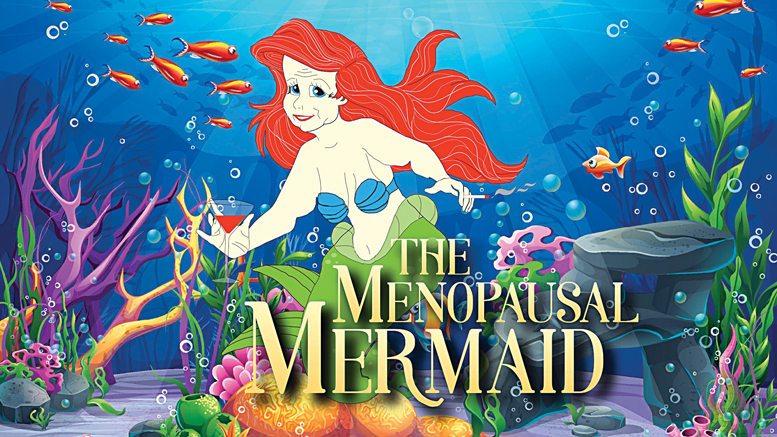 Ariel is reinventing herself, and along the way she takes on love, fame, Walt Disney, and anyone and anything that's ever tried to keep a woman in her place. The show runs from January 11 – March 25 at Club Café.

BOSTON—Ariel, everyone’s darling from The Little Mermaid, is not feeling it. Betrayed by Eric and cursed by Ursula, she is ready to kick ass and take names in this 90-minute musical parody that picks up where the Disney fairy tale left off. Tired of playing by the rules, Ariel is reinventing herself, and along the way she takes on love, fame, Walt Disney, and anyone and anything that’s ever tried to keep a woman in her place. The show runs from January 11 – March 25 at Club Café.

“Ariel was the Disney ‘It girl’—and yet her story was to give up her voice and her family—to land a man,” said Playwright and Director Michael Gaucher. “I thought it was time Ariel reinvented herself. A smarter, sexier, and sassier Ariel, a timely antidote to the Me Too moment in which we are now living.”

The show is a kaleidoscope of fantastic drag, sexy sailors, outrageous costumes, and all your favorite 80s disco tracks reimagined and served up hot. Grab your BFFs, throw on something cute, and get ready to rock the house with Ariel and her boys in this must see theater event!

“I love that Ariel pushes aside all the fantasies about love and relationships and comes back to the central truth regarding love for oneself and the right every person has not to compromise their values,” Gaucher said. “And of course it doesn’t hurt that she’s spreading this gospel surrounded by three sexy sailors!”

Gaucher brings in an unexpected dramatic twist—Ursula and Ariel unite.

“My favorite scene is the exchange between Ariel and Ursula—two ambitious women that are seen through very different filters—that come to realize they are two sides of the same coin rather than mortal enemies,” Gaucher explained.

This must-see parody kicks off on January 11 and runs through March 25 at Boston’s Club Café—Moonshine Room, located at 209 Columbus Ave. Ticket holders to this hilarious show are also eligible for a 20% food discount with cabaret-style table service for dinner/bunch.

For more information about the Menopausal Mermaid including its cast, show dates and times and ticket purchase, visit menopausalmermaid.info. Or, check them out on social media at the listing below.

Gaucher received an MA in writing from Emerson College. He was the author of several blogs including P-town True Review, Behind Bars in P-town, and Let Them Eat Cake, and has been a contributing writer to multiple periodicals. He was a principle writer and performer in the drag cabaret comedy troupe Fresh Fruit.