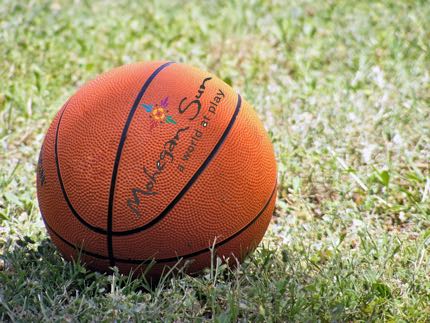 WNBA Draft 2015 presented by State Farm will be held on Thursday, April 16 at Mohegan Sun Arena in Uncasville, Connecticut. ESPN2 will provide coverage and analysis of the first round beginning at 7 p.m. ET, and ESPN3 will air the second and third rounds beginning at 8 p.m. ET.

“We are thrilled to once again present the WNBA in prime time on ESPN2,” said Doug White, ESPN senior director, programming & acquisitions. “Each year ESPN enjoys showcasing a new crop of talented athletes who will fuel the league for years to come.”

The Seattle Storm holds the top pick in the draft for the third time in franchise history after winning this year’s WNBA Draft Lottery presented by State Farm, which was conducted live on ESPN2 during halftime of Game 1 of the Eastern Conference Semifinals between the Washington Mystics and the Indiana Fever in August 2014. Rounding out this year’s top five picks are the Tulsa Shock (second), Seattle (third, from the Connecticut Sun), Connecticut (fourth, from the New York Liberty) and the Chicago Sky (fifth).

“There is no doubt that our fan base is extremely knowledgeable and enthusiastic about the women’s game, so we are really happy that we can once again bring the WNBA Draft to Mohegan Sun Arena,” said Connecticut Sun CEO Mitchell Etess. “Last year was an amazing event and this is another outstanding opportunity for our fans to witness history as some of the best collegiate players take the next step in their careers.” [pullquote]Mohegan Sun Arena has hosted the WNBA Draft once before (2014) and the WNBA All-Star Game three times (2005, 2009 and 2013).[/pullquote]

Last year, the excitement generated by the WNBA’s newest additions made the 2014 Draft the second-most-viewed draft in league history, behind only the 2004 Draft that aired on ESPN. Chiney Ogwumike, selected No. 1 overall by the Sun, went on to earn the WNBA Rookie of the Year presented by Samsung.  Ogwumike and her older sister, Nneka (2012), became just the second set of siblings ever selected with the top overall pick in an American professional sports draft.  Odyssey Sims, taken by the Shock with the second pick, and Kayla McBride, selected third by the San Antonio Stars, each went on to make the 2014 WNBA All-Rookie Team.

The draft will also be available through WatchESPN, accessible online at WatchESPN.com, on smartphones and tablets via the WatchESPN app, and streamed on televisions through Amazon Fire TV and Fire TV Stick, Apple TV, Chromecast, Roku, Xbox 360 or Xbox One to fans who receive their video subscription from an affiliated provider.

WNBA.com, in addition to providing comprehensive draft-day coverage, will serve as the web destination for fans who want to track the top seniors in advance of the draft.

The current order for WNBA Draft 2015 presented by State Farm is as follows:

The WNBA – which features 12 teams and is the most successful women’s professional team sports league in the world – is a unique global sports property combining competition, sportsmanship, and entertainment value with its status as an icon for social change, achievement, and diversity.  The league will tip off its 19th season in June 2015.

Exclusive Q&A: Rick Welts on “Coming Out” in the NBA