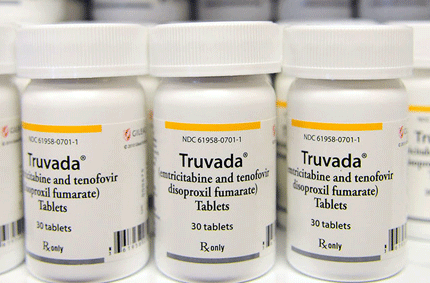 BOSTON, Mass.—Today, Gay & Lesbian Advocates & Defenders (GLAD) filed a claim with the Massachusetts Commission Against Discrimination (MCAD) charging that Mutual of Omaha Insurance Company discriminated when it denied a gay man long term care insurance because he is taking Truvada. Truvada, a form of PrEP or Pre-Exposure Prophylaxis, is a medication prescribed to HIV-negative people to prevent the transmission of HIV.  This is the first lawsuit in the country challenging discrimination against a person on PrEP.

Truvada, approved by the Food and Drug Administration in 2004 as a treatment for HIV and in 2012 as a method of preventing HIV infection, is considered by public health experts to be a major medical breakthrough in HIV prevention, with the potential to end the epidemic.

“I was being responsible and doing the right thing,” said the plaintiff, identified as John Doe in the complaint. “Insurance companies should be begging everyone to take Truvada—not discouraging them. As someone who lived through the worst of the epidemic and saw dozens of my friends die, I want to do everything I can to stop it.” [pullquote]The complaint describes how Doe, a 61-year-old Boston man, applied for long-term care insurance with Mutual of Omaha in November 2014. …He received a denial letter in February 2015, which openly stated that the reason for the denial was that he was taking Truvada as PrEP.  Mr. Doe appealed the denial, and his appeal was rejected in April 2015.[/pullquote]

The complaint describes how Doe, a 61-year-old Boston man, applied for long-term care insurance with Mutual of Omaha in November 2014. Long-term care insurance pays for some or all of the costs of nursing homes, assisted living facilities, and home health care for people unable to take care of themselves and is part of end-of-life planning. He received a denial letter in February 2015, which openly stated that the reason for the denial was that he was taking Truvada as PrEP.  Mr. Doe appealed the denial, and his appeal was rejected in April 2015.

“Mutual of Omaha’s denial is nonsensical,” said Bennett Klein, Senior Attorney and AIDS Law Project Director at GLAD. “If our client were not taking Truvada, not protecting his health and the health of others, he would have received the insurance.  We should be well beyond the days when insurers make decisions based on fear and stereotypes about HIV. The assumption is that gay male sexuality is inherently risky and unhealthy, and that’s just wrong.”

The claim filed with MCAD asserts that Mutual of Omaha illegally denied Mr. Doe access to a place of public accommodation based on sexual orientation and on disability. Disability anti-discrimination laws protect those who are treated adversely based on false beliefs about a health condition.