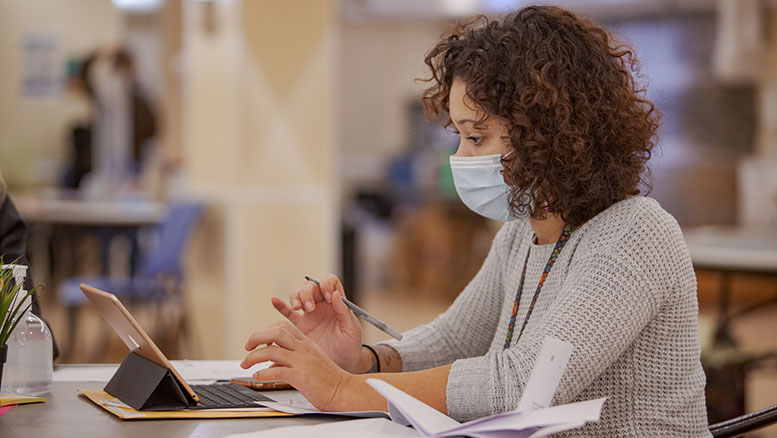 By: Henry Morris/Special to TRT—

This month, we had the pleasure of sitting down with Natasha, a Women’s Lunch Place, WLP, guest for the past four years. Natasha shared her story and spoke with us about why she advocates for trans women to rely on WLP as a daytime haven and resource center.

In 2016, Natasha came out as trans in a small, conservative town. After years of keeping her identity a secret, she knew that a public transition meant that her support network would immediately vanish.

“It’s like burying your family before they die,” Natasha said. “Initially, I thought there might’ve been one or two other trans girls in Massachusetts.”

In search of a more progressive place to live, Natasha decided to move to Boston; however, without any friends or family in the area, she quickly found herself homeless and in need of help.

Natasha checked in at Pine Street Inn and was referred to Women’s Lunch Place by a new acquaintance at the shelter. A self-described extrovert, she found WLP to be an environment in which she was free to be herself. 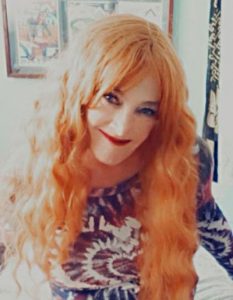 “The staff, they treat you like a woman. They don’t question you,” said Natasha.

Despite suffering from extreme anxiety and depression, Natasha established a trusting relationship with members of the Direct Care team. “When I was being quiet, they knew something was wrong,” said Natasha, remarking on the WLP staff’s perceptiveness and attention to detail.

It wasn’t long before Natasha became an essential fixture at the shelter. Hoping to share her newfound safe space, she began inviting other trans women, briefing them about WLP, and encouraging them to join our community.

The Direct Care team took notice and started relying on Natasha to assist with welcoming new trans guests and easing them into an unfamiliar environment. This is a task that she still enjoys today and one that has resulted in a significant increase in trans guests at WLP since Natasha’s arrival.

“Unfortunately, Women’s Lunch Place is one of the only environments where trans women can count on being treated with kindness and respect, instead of violence and aggression,” said Nancy Armstrong, Director of Operations at WLP. “We have been dedicated to fostering and maintaining a warm and protected place that is intentionally inclusive to all who identify as women.”

Massachusetts State Rep. Jon Santiago, who has continued to serve as an attending physician in emergency medicine at the Boston Medical Center since taking office, confirmed these thoughts from his perspective in the medical and political world.

“In conversations with my own patients, I am constantly disheartened to hear countless stories about how inaccessible critical and basic healthcare services are to those in the trans community, especially Black trans women,” said Rep. Santiago.

“Discrimination and transphobia in housing, healthcare, and jobs only serve to exacerbate inequities and induce further trauma. We have a responsibility to provide safe, supportive spaces for our neighbors in the trans community. Thank you to Women’s Lunch Place for being one of those safe spaces.”

Currently, Natasha is working on several things at WLP: publishing a book of poetry, scheduling upcoming surgeries, and moving into her new home––a space that she found through working diligently with a WLP Advocate.

“When you have nothing and you’re out on the streets, a little kindness can go a long way,” said Natasha. “Women’s Lunch Place not only does the little things, but they’ll also go out of their way to help you with the big stuff … and sometimes you need that because it gets pretty hopeless out there.”

This is the reality that guests like Natasha are facing:

WLP is committed to providing a safe space for trans women, connecting them to the resources they need, and treating them with dignity and respect.

Click here to learn more about WLP. You can also donate to WLP by clicking here. Or, you can send a check with your donation to 67 Newbury St., Boston, MA 02116

You spit on me and call me names,

A mistake I bear, who’s to blame?

Life is hard, the world is cold,

As I change, my life unfolds.

But never listen or hear me speak.

Trying to be me, not play a part.

But you turn away and cast me out,

I scream in vain, you holler and shout.

What does it matter, what can you see?

I’m just trying to live my life as me.

To cut me out and end my life.

Who would choose to be cast out,

to be unloved, to live in doubt?

I want to dance, twist and twirl,

The body of a boy, the soul of a girl.

So try to see me, a second glance,

See what’s in my heart, give me a chance.

This is my life, this is my world,

I’m not a freak, I’m a transgender girl.