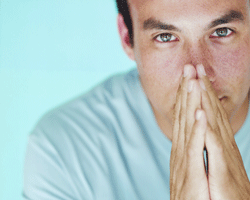 The report noted the following trends in hate violence during 2013:

Fewer Youth Are Sexually Active, But Condom Use Is Down Among Those Who Are

The proportion of high school students who have ever had sexual intercourse declined from 54% in 1991 to 47% in 2013, according to data from the new Centers for Disease Control and Prevention (CDC) report newly released Youth Risk Behavior Surveillance – United States, 2013. In addition, the percentage of students who reported being currently sexually active – meaning that they had sexual intercourse during the 3 months prior to completing the YRBS survey – fell from 38% in 1991 to 34% in 2013. However, the survey also indicated that, among students who are currently sexually active, fewer used a condom the last time they had sexual intercourse (59%) in 2013 than did the sexually active students a decade earlier (63%). “This trend leaves more students vulnerable to HIV, STDs, and unintended pregnancy,” according to Dr. Stephanie Zaza, the director of the Division of Adolescent Health in CDC’s National Center for HIV/AIDS, Viral Hepatitis, STD, and TB Prevention.

The YRBS survey is conducted every two years among a nationally representative sample of high school students. Participation in the survey is voluntary, and the responses are anonymous. Over 13,000 U.S. high school students participated in the 2013 national survey. The CDC’s 172-page 2013 YRBS Report includes national YRBS data, as well as data from surveys conducted in 42 states and 21 large urban school districts.

In addition to sexual risk behaviors, the survey monitors five other categories of health-risk behaviors that contribute significantly to the leading causes of death, disability, and social problems among youth and adults in the U.S., including:

In its analysis of 123 plans from all U.S. states, Avalere looked at co-insurance levels for four classes of HIV drugs as well as drugs used for other chronic conditions, including cancers, diabetes, and multiple sclerosis. They found that, for the four classes of HIV drugs, between 27% and 39% of the plans studied placed every HIV drug, including generics, on the highest drug-pricing tiers in which patients are charged at least 30% in co-insurance and most charge more than 40%.

AIDS advocates responded quickly to the analysis. “We want the ACA to work, and we want it to work for people living with HIV/AIDS and others with chronic health conditions,” noted Carl Schmid, deputy executive of The AIDS Institute. “But shifting the cost of medications to the patients is not only blatant discrimination but can lead to poorer health outcomes, since beneficiaries will not be able to afford and access their life-saving medications.”

The AIDS Institute recommends that the Obama Administration take the following actions to address high medication costs and copays in insurance plans:

In response to high and rising rates of HIV infection among gay, bisexual, and other men who have sex with men (MSM) and transgender women in the CDC’s home city of Atlanta and elsewhere in the U.S., the advocacy group ACT UP New York recently released the Atlanta Principles, challenging the agency to bolster and expand its HIV prevention efforts.

In particular, the Atlanta Principles call on CDC to take action in the following areas:

In May, CDC launched Start Talking. Stop HIV. – a national prevention campaign for gay and bisexual men “that promotes open communication about a range of HIV prevention strategies for sexual partners.” The campaign, which features gay and bisexual men from across the U.S., encourages men in all types of relationships to talk about HIV testing, their HIV status, condom use, and medicines that help prevent and treat HIV: pre- and post-exposure prophylaxis (PrEP and PEP) and antiretroviral therapy. CDC notes that “Start Talking. Stop HIV.” is designed to reach and influence men with messages that engage, inspire, and spark conversations between sexual partners about HIV prevention strategies. Campaign ads and resources, including a campaign website and Facebook page, provide gay and bisexual men with practical conversation tips and tools.

The Fenway Institute (TFI) recently posted an extensive set of videos and presentation materials from its two-day meeting, “Antiretrovirals and HIV Prevention: A Conversation with Key Opinion Leaders About a New Paradigm” on TFI’s website. At the October 2013 event, researchers, policy-makers, leaders from HIV/AIDS and LGBT advocacy organizations, healthcare providers, and journalists examined recent research on PrEP and HIV treatment as prevention (TasP) and the implications of these developments for HIV prevention. The topics discussed included ongoing PrEP demonstration projects, approaches for educating the healthcare workforce about PrEP and TasP, and the responses of state and local health departments, community health centers, AIDS service organizations, and other community groups to the new paradigm for HIV prevention.

The National Alliance of State and Territorial AIDS Directors (NASTAD) and the National Coalition of STD Directors (NCSD) recently published Addressing Stigma: A Blueprint for HIV/STD Prevention and Care Outcomes for Black and Latino Gay Men. The 17-page report contains a series of recommendations designed to reduce the stigma that often prevents Black and Latino gay men and other men who have sex with men (MSM) from receiving optimal health care. The blueprint report looks at how stigma and other social determinants impact the HIV care continuum for Black and Latino MSM – examining “the bar before the bars,” which explores all the issues facing these men prior to an HIV or STD diagnosis. “We know that Black and Latino gay men are not linked and retained in care as successfully as White gay men,” notes Julie Scofield, executive director of NASTAD. “One of the ways we can address this is by looking seriously at stigma and structural biases that prevent these men from achieving a higher degree of viral suppression.”