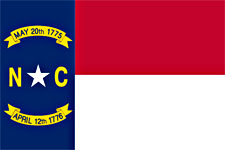 In a first of its kind lawsuit, a group of ministers filed a complaint in federal court Monday against North Carolina’s ban on marriage for same-sex couples, saying that the law’s penalties against clergy who conduct ceremonies for same-sex marriages violates their free exercise of religion.

The lawsuit challenges all North Carolina laws that define marriage as exclusively for opposite-sex couples, as well as the state’s “Marriage Laws” that “preclude—through the imposition of criminal penalties and otherwise—religious ministers, clergy, or anyone else from performing a ceremony of marriage for same-sex couples, thereby preventing couples in those congregations from freely participating in such religious ceremonies.”

The plaintiffs include UCC, clergy plaintiffs, and same-sex couple plaintiffs. [pullquote]“Under North Carolina law, the Clergy Plaintiffs are prohibited under threat of criminal prosecution from performing any such religious ceremonies, and the Couple Plaintiffs are prohibited from becoming married in the tradition of their respective faiths. Such laws,” stated the lawsuit, “violate the First Amendment’s Free Exercise Clause.”[/pullquote]

The lawsuit also claims the ban violates the First Amendment right to expressive association of all plaintiffs and, for couple plaintiffs, the constitutional rights to equal protection of the law and due process. It asks the district court to issue both a preliminary and permanent injunction against North Carolina Attorney General Ray Cooper and other state defendants to stop enforcement of the law.

Evan Wolfson, head of the national Freedom to Marry group, notes that North Carolina’s ban goes farther than most state bans by “actually criminalizing” a religious ceremony for a same-sex couple.

“In their zeal to withhold marriage from gay couples in North Carolina,” said Wolfson, “officials not only pushed a discriminatory constitutional amendment, but further piled on—actually criminalizing clergy marrying couples within their own religious beliefs. The intent was to chill houses of worship from celebrating love in their own faith, and crossed the line in violating religious freedom on top of violating the constitutional guarantee of the freedom to marry.”

North Carolina makes it a misdemeanor for a “minister, officer or any other person authorized to solemnize a marriage” under North Carolina law to marry a couple without them having obtained a marriage license, which same-sex couples cannot obtain from the state.

“If this provision applies to purely religious marriage ceremonies, as opposed to only civil marriages solemnized by clergy,” said Davidson, “I believe it would violate the religious freedom guarantee of the First Amendment.”

States law can define who can get married and who cannot. Many states, for instance, ban marriage between first cousins. They justify such bans by pointing to scientific studies that indicate an increased risk for producing children with birth defects. But states with bans on same-sex marriages have had a hard time justifying them, and courts have routinely found their explanations unconvincing. Most lawsuits challenging state bans on allowing same-sex couples to marry argue that the bans are driven by a desire to discriminate against LGBT people. [pullquote]“In their zeal to withhold marriage from gay couples in North Carolina,” said Wolfson, “officials not only pushed a discriminatory constitutional amendment, but further piled on—actually criminalizing clergy marrying couples within their own religious beliefs. [/pullquote]

Gary Buseck, legal director for Gay & Lesbian Advocates & Defenders, said the religious arguments in support of allowing same-sex couples to marry “have been floating around for some years and have been laid out to some extent in amicus briefs in some cases.” But he says the UCC case may not move far at all simply because there are cases further along in the Fourth Circuit U.S. Court of Appeals, which includes North Carolina.

The Fourth Circuit will hear arguments May 13 in Bostic v. Schaefer, a case being led by the legal team of Ted Olson and David Boies. Lambda Legal and the ACLU have become intervenors in that case because they have a similar one in Virginia, too.

Rev. Geoffrey A. Black, general minister and president of the UCC, said his denomination is “proud to defend the religious freedoms upon which this nation was founded.”

Meanwhile, North Carolina Attorney General Roy Cooper had until Monday to respond to a request in an ACLU-led lawsuit, Fisher-Borne v. Smith, on behalf of six couples. The request is seeking a preliminary injunction and expedited review to allow a lesbian couple’s marriage in Massachusetts be recognized in North Carolina to secure health coverage for their child with cerebral palsy.

Cooper filed a brief Monday opposing the request, calling it an “extraordinary step” that would, in essence, undo the North Carolina law. The brief says the harm that might be experienced by the couple and their child is “outweighed by the harm to the public if State officials are enjoined from enforcing the democratically ratified State laws and Constitution.”

“To alter the definition of marriage, by means of injunctive relief granted prior to this court’s ruling on State Defendants’ pending dispositive motions, prior to the final determination of this action on merits, and prior to the Fourth Circuit’s and the United States Supreme Court’s guidance on this important social issue,” wrote Cooper, “is not in keeping with the applicable jurisprudence or the Supreme Court’s preferred deliberative process. [Plaintiffs’] motion should be denied on this basis alone.”

The response was likely a surprise to some, given that Cooper, a Democrat, has expressed his opposition to the ban on same-sex marriage. But he has also vowed to enforce the law as long as it’s on the books. Local papers have reported for months that Cooper is expected to be a candidate for governor in 2016.

The ACLU has until May 5 to reply to Cooper’s response.