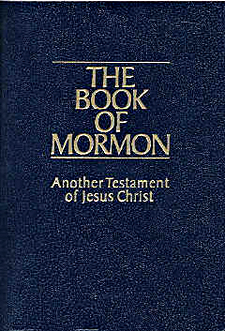 Thousands of LGBTQ Mormons and Allies resigned from the Church of Latter-Day Saints on Saturday, November 14 due to a new rule that obliterates the family structure of married same-sex couples and their children.

The Advocate reported that with “1,000 letters of resignation already submitted online, attorneys received an additional 1,500 letters at the Salt Lake event.”

“I do feel a sense of relief,” McGhee told KUTV on his decision to leave LDS. “Unfortunately, the Church decided to slam their doors in our face.”

The New York Times reported earlier this month that the policy also reads that married gay couples “will be considered apostates and ordered to undergo church disciplinary hearings that could lead to excommunication.”

The new ruling has caused deep division within the LDS church and Mormons online and in SLC. To organize the resignation event, some of them created a Facebook event page, hosted by Lauren Elise McNamara, Chris Schaefer, Lori Bruce, and Brooke Swallow, detailing the place to meet for the LDS Church mass resignation.

Their final destination, where they stopped being Mormns, City Creek Park, Salt Lake City, in Utah was just steps from the headquarters of the Church of Jesus Christ of Latter-Day Saints. Online information provided instructions and forms to fill out to resign online. The Facebook page invited Mormons to visit MormonResignation.com to further explain the process of resignation and encourages others to accept the free legal services of SLC attorney Mark A. Naugle.

Amid the chaos prior to the resignation, the LDS Church posted a clarification on its site. [pullquote]The New York Times reported earlier this month that the policy also reads that married gay couples “will be considered apostates and ordered to undergo church disciplinary hearings that could lead to excommunication.”[/pullquote]

“When a child living with such a same-gender couple has already been baptized and is actively participating in the Church, provisions of Section 16.13 do not require that his or her membership activities or priesthood privileges be curtailed or that further ordinances be withheld. Decisions about any future ordinances for such children should be made by local leaders with their prime consideration being the preparation and best interests of the child,” stated the letter by the First Presidency.

Does this differ from the original addition of the “new section?” Once the child turns 18 and denounces living with their same-sex parents, they are welcome by the church without bans or disciplinary actions. The church, in the letter, states it cares for the child, but not to the point of honoring, loving and respecting that child’s parents and marriage. The new rules, according to the New Civil Rights Movement, have been approved by the Council of the First Presidency and the Quorum of the Twelve Apostles, the highest ranking leadership of the LDS Church.

To join this mass resignation, please visit the FB page that provides all of the information about doing so locally or online. Allegedly, more than 2,300 are interested in the event and over 1,300 will be attending it, as of this moment. Forms available online are: A Blank resignation letter link, a Blank Authorization for (Adult), a Blank Authorization Form (Minor Adult), and a Contact Information Form. Only attorney Naugle and his team will have access to the forms, not anyone else, according to the information on the FB page.

For more information about the event and the LDS Church’s reaction, click here.