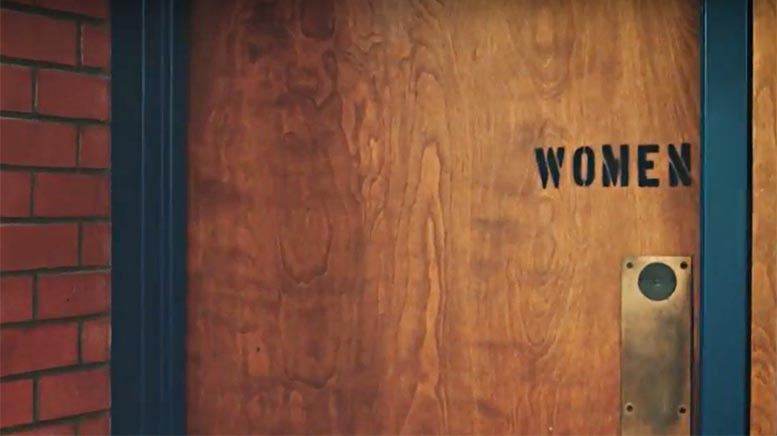 “Hallway,” the new PSA produced by MAP and released in partnership with GLSEN, depicts the harassment transgender students often face when they need to use the restroom at school—and how school administrators and supportive students alike can help. According to GLSEN’s 2015 National School Climate Survey, 70% of transgender students said they avoided bathrooms because they felt unsafe or uncomfortable. Amidst an increasingly hostile environment for transgender students nationwide, such as the Departments of Education and Justice’s withdrawal of crucial federal protections, local community support, and school-based action are more vital than ever to ensure transgender youth have a fair chance to learn and thrive in school.

The 60-second “Hallway” spot will run through a national digital advertising campaign, with a local emphasis on 15 states where anti-LGBTQ legislation has been proposed or existing supportive legislation is under attack. GLSEN aims to sign up thousands of safe school advocates across the 15 identified states, and nationally. The 15 states include Colorado, Florida, Indiana, Iowa, Kansas, Kentucky, Missouri, Montana, North Carolina, Ohio, Oklahoma, South Carolina, South Dakota, Tennessee, and Texas.

“Hallway” was released as part of a new Safe Schools campaign, led by GLSEN in partnership with MAP, designed to grow the national Safe Schools Movement of parents, educators, youth, and policymakers to advocate for safe schools for LGBTQ youth.

The campaign is being launched to protect the hard-won gains of the last 28 years, and to counter a growing coordinated effort in states across the country to undermine the ability of LGBTQ students to thrive in America’s schools. Each year, in dozens of states, legislation is proposed that would harm transgender youth, such as denying their right to use their own name and pronouns, allowing LGBTQ students to be forced to endure debunked and dangerous “conversion therapy” practices, and legislation that would allow public school employees to impose personal religious beliefs onto LGBTQ and other youth, potentially denying students school services or support.

“We’ve seen what happens when trans and queer youth in schools aren’t supported. They have lower self-esteem, feel less safe, and are more likely to miss school and have lower grades than their peers,” said Eliza Byard, GLSEN Executive Director. “After 28 years of progress, our Safe Schools Movement is facing unprecedented attacks. We must renew our commitment and build our strength for the battles immediately ahead. From the school board to the state house, we expect to see discriminatory policies proposed in the year ahead that we will need to come together to defeat so that we can ensure K-12 schools grounded in respect for all.”

Fourteen states plus the District of Columbia have laws explicitly prohibiting discrimination in schools based on gender identity and sexual orientation. However, the lack of protections in the majority of states leaves many students vulnerable, according to a brief from MAP, GLSEN, and the National Center for Transgender Equality, also released today as part of the Safe Schools campaign. School districts across the country have successfully worked to ensure that transgender students have access to facilities that match their gender identity while still protecting the privacy of all students.

Oath will support the ad campaign with donated media across its properties, provided by Oath for Good, in partnership with Blue 449, a Publicis Media agency.

About the Movement Advancement Project (MAP)

GLSEN works to create safe and inclusive schools for all. We envision a world in which every child learns to respect and accept all people, regardless of sexual orientation, gender identity, and/or gender expression. Each year, GLSEN programs and resources reach millions of students and educators in K-12 schools across the United States, and our network of 39 community-led chapters in 26 states brings GLSEN’s expertise to local communities. GLSEN’s progress and impact have won support for inclusive schools at all levels of education in the United States and sparked an international movement to ensure equality for LGBTQ students and respect for all in schools. For more information on GLSEN’s policy advocacy, student leadership initiatives, public education, research, and educator training programs, please visit www.glsen.org.