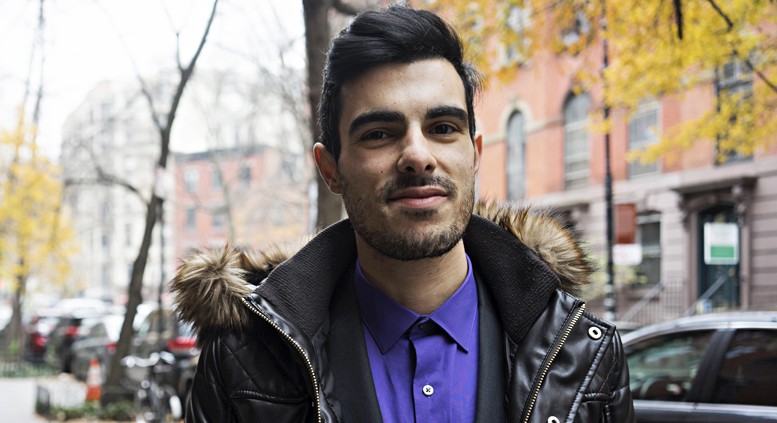 Subhi Nahas is a Syrian refugee and one of three diverse marshals selected by NYC Pride in 2016
Photo: Quartz - Loubna Mrie

“Our 2016 theme, ‘Equality Needs You,’ could not be better reflected than through Jazz, Subhi, and Cecilia,” said Julian Sanjivan, NYC Pride March Director. “In a post-marriage equality America, these leaders are ensuring that the barriers to LGBT people achieving true legal, health, and social equality are being broken down.”

The 47th NYC Pride March will step off at noon on June 26, at 5th Avenue and 36th Street in Manhattan. The route proceeds through Midtown down 5th Avenue, before heading west into Greenwich Village, ending at Christopher and Greenwich Streets. In 2015, an estimated 2 million spectators lined the two-mile route. The first NYC Pride March took place in 1970, on the anniversary of the 1969 Stonewall Riots, considered the birthplace of the modern LGBT liberation movement. In 2019, New York City welcomes the world to celebrate Stonewall 50 and the first WorldPride in the United States.

Registration for marching contingents is open until June 7 at www.nycpride.org, with more than 340 groups expected to participate this year.

ABOUT HERITAGE OF PRIDE

Heritage of Pride, Inc. is the volunteer-managed organization behind the official NYC Pride roster of events. The 2016 roster includes 11 different events for LGBT and allied people of all ages, taking place from June 19 to June 26 throughout Manhattan.