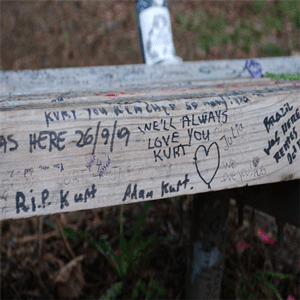 After several hate-filled tweets, by CNN’s Martin, the contributor has been suspended, The Advocate reported. Allegedly, Martin’s anti-gay comments were tweeted while he watched the Super Bowl and mentioned that people should “smack the ish out” of male fans of a steamy Super Bowl commercial starring David Beckham.

According to a Huffington Post report of what took place, Martin tweeted messages making fun of men who may have been interested in an H&M commercial aired during the Super Bowl, featuring Beckham in his underwear. Martin reiterated his homophobia when he typed: “real bruhs” ‘would not purchase underwear advertised by Beckham, and that people should “smack the ish out” of a male supporter of the ad.’

GLAAD immediately asked for Martin’s resignation and started collecting signatures to that effect. However, CNN stayed quiet until today. Currently, The Advocate, The Washington Post and other publications are reporting that Martin has been suspended for his anti-gay comments.

CNN stated in its statement that Roland’s tweets were “regrettable and offensive. Language that demeans is inconsistent with the values and culture of our organization, and is not tolerated. We have been giving careful consideration to this matter, and Roland will not be appearing on our air for the time being.”

Is a suspension enough? What message does this send other people in positions of power who have demonstrated hatred of any group via the Internet? Is this not the same as the “That is so Gay” campaign and what it tries to teach?

Thousands of LGBTQ teens are dying because of irresponsible words like Martin’s and then many more are committing suicide because of utter bullying, hatred, homophobia and isolation. Such comments are not just coming from school bullies, but from life bullies–those who make laws, run for U.S. President, for Senate, for Congress, teachers, etc.

According to the Trevor Project, “LGBT students are three times as likely as non-LGBT students to say that they do not feel safe at school (22% vs. 7%) and 90% of LGBT students (vs. 62% of non-LGBT teens) have been harassed or assaulted during the past year.”

The epidemic is allowed by the media who sits back and watches, without questioning the same people who do this. Look at the GOP presidential candidates. Santorum’s homophobia has taken such grand levels. People who hear the candidate speak so vitriolically on TV learn that if Santorum can, so could they. The same applies for Newt Gingrich’s speeches against LGBTQ people and the poor. Mitt Romney even goes as far as to give money to anti-gay pro-hate organizations and does not care to have the world know. Is this the type of man who can run the country? How can we count on people (or even deem them as our leaders) who annihilate other less fortunate groups, who poke fun, demean and find some gross satisfaction in belittling our LGBTQ youth, the poor, women, etc.? Were some of these early deaths (Jamey Rodemeyer, Tyler Clementi, Ryan Patrick Halligan, Seth Walsh, Billy Lucas, Asher Brown, Carl Joseph Hoover-Walker, and many more) not enough to silence their hatred? When will we unite to fight and denounce such “leaders” by taking away their status, their power, their poisonous rhetoric? As the press, we are called to be the “watch dog” for those who will be mistreated by those in power. Are we doing our job? Like Barbra Streissand says via her Huffington Post column, Where Is the Fourth Estate When You Need Them?

In my book, any presidential candidate or anyone running for office from any political affiliation that inflicts pain, hatred and whose speeches are about racism, homophobia, misogyny, ageism, and any and all types of ‘isms along with segregation of any type should never be allowed to be in powerful positions, certainly not positions that represent true and unifying American values. To act in hatred is the same as to give these kids the vehicle to hurt themselves. It is the same as what the KKK did to thousands of African Americans (whether women, children, elderly) when the government should have been protecting them and giving them the rights they deserved too. When any majority group oppresses an underrepresented minority group, just because of naive perceptions about what diverse should or shouldn’t be, we go back in history to stall in the segregated areas and use division to conquer. America should not be a divided country, not by the color of someone’s skin, or the love that anyone feels towards another (whether sexual orientation or gender identity are in question). Judgment of any type is judgment, but this is not about religion, but about fairness and justice for all.