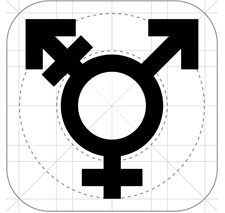 At a time when more and more transgender people are seeking health care, access to quality care remains illusive for many. This should not come as a surprise. Although access to healthcare has been dramatically expanded thanks to changes in Medicare and Medicaid benefits under the Affordable Care Act, few medical schools provide training for students on issues related to transgender health, and transgender health is rarely covered in traditional residency training or continuing education programs. It is clear that such training is necessary. The World Professional Association for Transgender Health (WPATH) publishes Standards for the Care (SOC) which recommend three elements of care: psychotherapy; hormone replacement therapy; and surgery. Yet the SOC also emphasizes that not all transgender people need every component of care in the SOC, and that the care may be delivered in different order for different people. In other words, health care must be both flexible and customized for each individual.

All that said, things are changing, albeit too slowly to keep up with the demand for care. I just visited a community health center in Tucson, Arizona where two pediatricians are leading a team dedicated to care for youth and adolescents who are transgender or questioning their gender identity. Their program has grown rapidly over a short period of time, mirroring experiences elsewhere in the country. Their practice shows that health care for transgender people does not need to be carried out in high tech academic environments in big cities, but can be done by primary care clinicians committed to spending time listening to people’s stories and providing affirming care.

It’s not up to transgender people to educate medical providers. It’s up to medical providers to educate themselves. Every year, more resources become available for just this purpose. An easy way to begin is by ensuring that a copy of the Fenway Guide to Lesbian, Gay, Bisexual, and Transgender Health is in every doctor’s office, hospital, clinic, and health care center. The book contains vital background information on all aspects of care for transgender people. The Joint Commission’s field guide “Advancing Effective Communication, Cultural Competence, and Patient- and Family-Centered Care for the Lesbian, Gay, Bisexual, and Transgender (LGBT) Community” contains valuable advice on how to create an affirmative and welcoming environment for transgender patients. Last, the National LGBT Health Education Center has a number of on-demand webinars related to transgender health, including the newly launched TransTalk series, which covers topics ranging from hormone therapy to caring for adolescents to treatment case scenarios.

Healthcare is a right, not a privilege. That right extends to all of us, including those who are transgender. We have to make that right a reality. Educating the whole care team will be an important step.