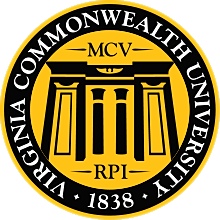 RICHMOND, VA — Following a winning season with a 25-6 record, the women’s volleyball coach at Virginia Commonwealth University — Coach James Finley — was terminated with no warning after taking the team to the most successful record in 20 years at VCU and after graduating every senior on the team. The reason for the firing? James Finley is openly gay, and the VCU athletic director showed him the door.

VCU’s athletic director, Ed McLaughlin, was named to the position on July 24, 2012, after stints at Niagara University and Merrimack College. Shortly after joining VCU, McLaughlin demoted the only other openly gay person in the department — Patricia Stauffer — without explanation. McLaughlin’s firing of Finley came after VCU’s best record and national ranking in memory and a 100% APR (Academic Progress Rate) for the year — and after Finley’s cumulative record of 151-116 over eight years at VCU. The women’s volleyball team has reached the Colonial Athletic Association conference championship four times, winning once and advancing to the NCAA tournament. This year, VCU Volleyball reached the semi-finals of the Atlantic 10 tournament against even tougher competition.

“I’ve given eight years of my life to this university and to these incredible student-athletes, and to have it ripped away simply because of who I am was crushing,” said Coach James Finley. “I would love nothing more than to re-join the athletic staff at VCU and get back to work — though we’ve come miles since I first joined VCU eight years ago, there’s a lot of work still to do with the team and I hope I’m able to be a part of that work. I trust that President Rao will do the right thing, come to the right decision, and let me get back to the work that I love in the place that I love.”

The story has reached all corners of the country, and an online petition asking VCU President Michael Rao to reinstate Coach Finley has over 5,000 signatures (www.change.org/petitions/vcu-president-michael-rao-reinstate-coach-finley). VCU is currently conducting an internal investigation and the results of the investigation will be made available to President Rao and Coach Finley soon. President Rao will then make a decision on the case.

GetEQUAL is a national civil rights organization fighting for the full legal equality of lesbian, gay, bisexual and transgender Americans. Emphasizing direct action and people power, the mission of GetEQUAL is to empower the LGBT community and its allies to take action to demand full legal and social equality, and to hold accountable those who stand in the way. For more information on GetEQUAL, please visit: www.getequal.org/. You can follow GetEQUAL on Twitter at www.twitter.com/getequal, on Facebook at www.facebook.com/GetEQUAL, or on YouTube at www.youtube.com/getequal.

Faith, God, and Family: You Don’t Need a President for Hope or Light