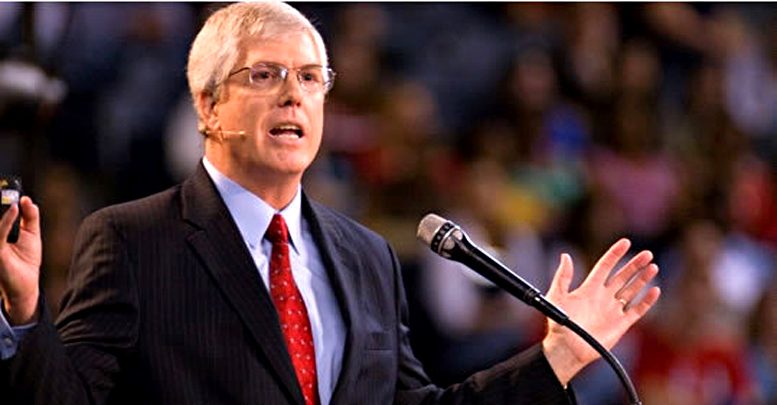 We’ve all heard of the latest rash of anti-LGBT bills that are currently popping up in several states. Included in those bills are “Bathroom Bills,” which specifically target transgender people using public accommodations. These bills aim to mandate that everyone has to use the bathroom of their gender at birth. These particular bills are awful and unconstitutional because they infringe on the rights of  transgender people.

Who is behind these bills? Who is responsible for this “evil virus,” as actor and musician Steven Van Zandt calls it?

CBS presented a report illustrating that these bills were concocted by the Liberty Counsel, a Virginia-based law firm which specializes in evangelical Christian legislation and a group that the Southern Poverty Law Center, SPLC, deems as a hate group because it advocates “for anti-LGBT discrimination under the guise of religious liberty.” The nonprofit was founded and owned by Mathew Staver, a former Seventh Day Adventist pastor. Liberty Counsel’s tagline is, “Restoring the culture by advancing religious freedom, the sanctity of human life and the family.”  Yes, Mat Staver is the devil trying to spread the evil virus of anti-LGBT bills across America.

You might recall Staver as being the lawyer for Kim Davis in 2015. Davis refused to issue marriage licenses to gay and lesbian couples. Staver has been, and continues to be, involved in legal cases attempting to shut down LGBT rights. He tends to focus on transgender people and the denial of our rights as Americans, especially when it concerns our right to access public spaces. He claims that he is not trying to discriminate against transgender people, but rather protect women and girls. With his proposed bills he is, in fact, trying to discriminate against us. He suggests that everyone has to use the public facilities according to their gender at birth

Staver has a long record of anti-LGBT work guised as religious freedom. He leads the Liberty Counsel’s challenge of a non-discrimination policy in Fairfax County, Virginia schools because sexual orientation and gender identity were added as protected classes. He tried to stop a GSA, gay straight alliance, group from forming in Franklin County schools in Tennessee.

In 2005, Staver fought against a transgender parent in Florida who was involved in a child custody battle. Staver also tried to stop California’s 2013 law legalizing transgender students’ rights to access facilities within the public school system. Staver claimed that this California law would result in incidents where girls in elementary and high school will be forced to shower and change in locker rooms with boys masquerading as girls. Staver claims that this will lead to extremely dangerous situations for female students. It’s been three years now since the law has passed and no such incidents has ever been reported.

Matt Staver is truly the devil in trying to spread this virus. He claims that he is doing it because he is, according to the Liberty Counsel’s website, “… dedicated to advancing religious freedom, the sanctity of life, and the family …” Of course the problem is that he is just trying to advance Christian religious freedom exclusively and his views of the sanctity of life and family. If you fall outside of his Christian values you are suspect and in his sight. Watch out!

I wrote this column to let you know just who our enemy is and to inform you about what he has done in the past. We need to know our enemies and their methods of operations if we want to identify and stop the flow of this evil virus, which is now attempting to poison the United States of America and the rights of its LGBT citizens.

*Deja Nicole Greenlaw is a trans woman who has 3 grown children and is retired from 3M. She can be contacted at dejavudeja@sbcglobal.net.