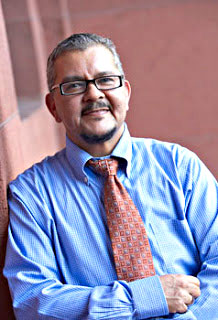 As National Director of Policy for PFLAG, Diego ensures that PFLAG’s voice is heard regarding state and federal policy, legislation and litigation. This year, that includes the Employment Non-Discrimination Act, LGBT concerns relating to the Affordable Care Act, clarification of federal tax benefits for same-sex married couples, challenges to same-sex marriage laws in many states, a challenge to the 2009 Hate Crimes Prevention Act, REPEAL HIV Discrimination Act, and two pieces of proposed legislation in Massachusetts: the Equal Access Bill and a bill to ban conversion therapy on minors.

PFLAG invites all community members to come hear Diego speak and ask him questions at its 7:00pm meeting on Tuesday, April 29th at the Unitarian Universalist Fellowship of Falmouth, 840 Sandwich Road, East Falmouth.  PFLAG Of Cape Cod meets monthly at First Parish Church in Brewster and at the East Falmouth church to provide support, education and advocacy to, and on behalf of, LGBT individuals and their families and friends.

A 23-year Massachusetts resident, Diego, 57, was previously Senior Policy Advisor to Congressman Barney Frank. Diego made history with that appointment being the first openly transgender person to work as a legislative staff member on Capitol Hill. He was named Best Congressional Staffer and Capitol Champion in 2012 and to the Out 100 and Trans 100 in 2013.

Founded in 1972 with the simple act of a mother publicly supporting her gay son, PFLAG is the original family and ally organization. Made up of parents, families, friends, and straight allies uniting with lesbian, gay, bisexual, and transgender (LGBT) people, PFLAG is committed to advancing equality through its mission of support, education and advocacy. Now in its 41st year, PFLAG has more than 350 chapters and 200,000 supporters crossing multiple generations of American families in major urban centers, small cities and rural areas in all 50 states. To learn more, visit www.pflag.org.