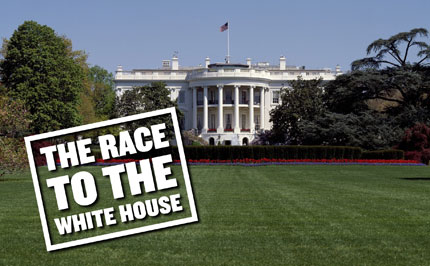 In 2016, the nation will elect a new president and some voters are wondering where the major candidates stand on LGBTQ issues.

Here is a breakdown of their voting histories and their public stances on issues affecting LGBTQ people.

The former U.S. senator and U.S. Secretary of State said she is dedicated to ensuring all LGBTQ residents have equal rights. According to her official website, she fought for the rights of LGBTQ people abroad and enforced stronger anti-discrimination regulations while leading the U.S. State Department (https://goo.gl/pM4YRi). The Yale Law school graduate also “led the effort to pass the first-ever U.N. Resolution on LGBT Human Rights, launched the Global Equality Fund, ended State Department regulations that denied same-sex couples and their families equal rights, helped implement LGBT-friendly workplace policies, and updated the State Department’s policy so that transgender individuals’ passports reflect their true gender,” according to her website.

Clinton says she supports the Equality Act, which would guarantee full equality for LGBTQ Americans on a federal level. The bill would outlaw discrimination in a range of settings, including the federal job market and colleges and universities.

Bernie Sanders was elected to the U.S. Senate in 2006 after serving 16 years in the U.S. House of Representatives.

Sanders has been an LGBTQ ally for decades. While serving as a U.S. rep., he voted down the Defense of Marriage Act, which declared marriage strictly between a man and woman in 1996 and Don’t Ask, Don’t Tell. (https://goo.gl/MxBKix). Currently, he is a co-sponsor of the Equality Act, which he has vowed to sign into law if elected president.

Sanders has also committed to fully supporting the Every Child Deserves a Family Act, and any other bill that prohibits discrimination against LGBTQ people.

Sanders has stated he wants to make sure LGBTQ Americans have access to fair and equal health care. He would require police departments across the nation to develop policies to ensure transgender people are treated fairly and safely, especially women of color.

He also promised to veto any “religious liberty” bill aiming to strip away rights from LGBTQ people.

Donald Trump is a wealthy real estate developer and a television personality. His campaign slogan is “Make America Great Again.”

In 2011, he told The Des Moines Register that he believed same-sex couples should not receive the same federal benefits as straight couples (http://goo.gl/8YHW94).

Ted Cruz was elected to the U.S Senate in 2013. He said he was inspired to live a life of public service after watching his working-class parents go after the American Dream.

In 2014, Cruz sponsored the State Marriage Defense Act, which would forbid the federal government from recognizing a same-sex marriage from a state that does not recognize same-sex marriage (https://goo.gl/hlKwFe).

He also sponsored the Marriage and Religious Freedom Act in 2014 (https://goo.gl/ovXKhn). The Act proposed to prohibit the “federal government from taking an adverse action against a person on the basis that such person acts in accordance with a religious belief that: (1) marriage is or should be recognized as the union of one man and one woman, or (2) sexual relations are properly reserved to such a marriage.”

In 2015, Cruz opposed transgender youth from using bathrooms they felt comfortable with. “Look, these guys are so nutty that the federal government is going after school districts, trying to force them to let boys shower with little girls. Now listen: I’m the father of two daughters, and the idea that the federal government is coming in saying that boys, with all the God-given equipment of boys, can be in the shower room with junior high girls—this is lunacy,” he said (http://goo.gl/osgvlG).

Marco Rubio was elected to the Florida U.S. Senate in 2011.

Following the Obergefell v. Hodges ruling by the USSC in June 2015, Rubio said “… the question of same-sex marriage is a question of the definition of an institution, not the dignity of a human being. While I disagree with this decision, we live in a republic and must abide by the law. As we look ahead, it must be a priority of the next president to nominate judges and justices committed to applying the Constitution as written and originally understood (http://goo.gl/MR3dcR).”

In late November, Rubio gave an interview with David Brody of the Christian Broadcasting Network and compared the Obergefell case to Roe v. Wade and vowed to “fix” the marriage equality decision and stated his contention that “if we are ordered to perform a same-sex marriage as someone presiding over it, we are called to ignore that. We cannot abide by that cause government is compelling us to sin (http://goo.gl/m6mkmh).”

In December, Rubio told Brody that he would reverse any executive orders issued by President Barack Obama that provide federal protections for transgender people and would also strengthen measures allowing for discrimination based on religious beliefs (http://goo.gl/PlxyqA).

1 Comment on "Where do the 2016 Presidential Candidates Stand on Important LGBTQ Issues?"