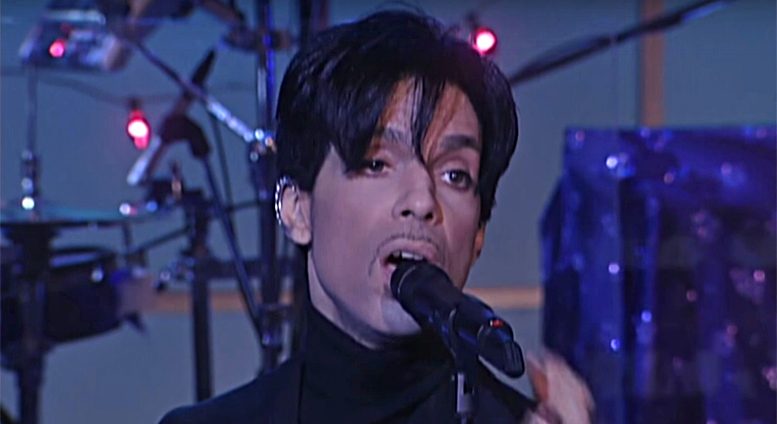 There’s a rare interview between comedian Chris Rock and Prince that I saw in the wake of Prince’s untimely death on April 21.

In the video, Rock nervously asks Prince about an alleged rivalry between himself and Michael Jackson. Chris Rock brings up an infamous incident that fueled speculation of discord between the two pop icons in which Prince reportedly turned down a duet with Jackson on the megahit, “Bad”.

“Now you run that video in your mind,” Prince playfully tells Rock. “The first line in that song is, ‘Your butt is mine.’”

The reported tension between the two pop stars over the famous first declaration of one of Jackson’s greatest hits can be viewed through two lenses. First, on a somewhat insubstantial level, Prince’s balking at the lyrics is about ego; he doesn’t like the idea of him being “owned” by Michael Jackson, nor does he like the idea of “owning” Jackson himself. But, as I said, it’s inconsequential.

The bigger, more obvious, implication of the disagreement over the lyrics is the homoerotic imagery that it conjures up. Prince, a perennially mysterious and downright odd person, was often seen as someone who had a very ambivalent relationship with LGBTQ people.

“God came to earth and saw people sticking it wherever and doing it with whatever, and he just cleared it all out. He was, like, ‘Enough,’” he reportedly said in a 2008 interview with The New Yorker.

Comments like that raised eyebrows for many, as Prince had been famously known to wear high-heel shoes and makeup during performances, authored the song “If I Was Your Girlfriend” a tome about gender-swapping, and famously declared in another song, “I’m not a woman / I’m not a man / I am something that you’ll never understand.”

I never have, and probably never will, give a lot of thought to how Prince felt about LGBTQ people. I think he was an incredibly talented artist who chose to live life on his own terms. Entire books could be devoted to his life and what exactly went on inside of his head.

What I don’t think is terribly difficult to ascertain is that Prince had a firm sense of his sexuality versus his identity. He loved women and sex. He also liked the attention, and maybe even the feeling, of publicly playing a role that called into question his “manhood.”

David Bowie, another legendary icon, passed away in January and behaved similarly to Prince in terms of the gender-bending antics he performed on stage as an entertainer.

The difference between Bowie and Prince is that, as an African American male, the latter had a deeper, more culturally entrenched “iron in the fire” when it came to his gender identity. Men of color, particularly Black men, have always felt a heavy burden to be the epitomes of masculinity. Even today, Black men who wear makeup, women’s clothing, or act any way other than the pinnacle of maleness are harshly criticized and reviled within their own communities.

It’s bad today, but was probably even worse in the 1980s when Prince’s career was climaxing. I can only imagine the number of people who assumed he was gay, weird or out of his mind. It didn’t seem to affect him, though. He kept living his truth.

Was he an avid cross-dresser? I’m not sure. Was he a transgender woman who never fully accepted herself and used the stage as a way to play out her true identity? We’ll never be certain. What I can be certain of is that he found his niche as a provocateur, someone who made incredibly touching music that struck a chord with millions of people. He was always, first and foremost, an artist. But, at the end of the day, he was also a living, breathing human being who had a solid sense of self and his place in the world.

He found religion in the late 1990s and proceeded to reign himself back in from the behavior that made him legendary. My gut feeling though, is that he never regretted who he was or the music he made or the persona he projected that shot him to stardom. Love him or hate him, Prince was a pioneer for all of us, whether LGBTQ or not. He lived his truth. And that’s the legacy he will undoubtedly leave.