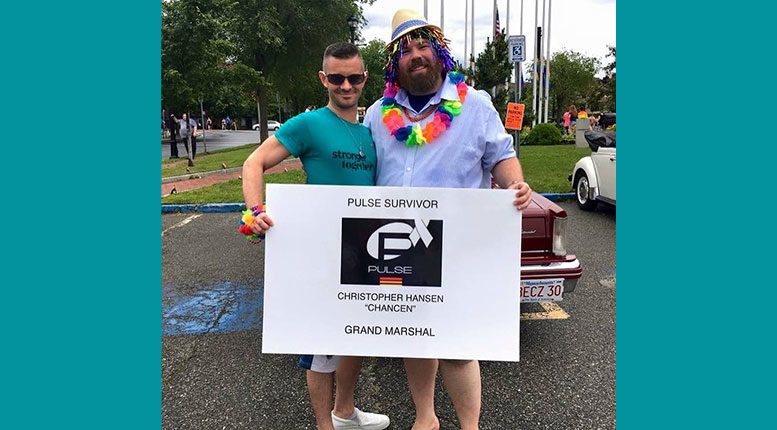 ARKANSAS—Pulse Orlando survivor Christopher (Chancen) Hansen, has recently launched a national campaign to organize “Reflections of Resilience,” an annual day to honor hate-crime survivors and victims, according to the visionary.

“Reflections of Resilience Day is a day to honor victims of hate crimes, those who have had acts of hate committed against them and survived, and those who have committed suicide due to the lack of acceptance, feeling alone, and [isolated] …” Hansen said to The Rainbow Times.

Motivated by his experiences as a Pulse Orlando shooting survivor and inspired by a dream where the community came together to “express, acceptance, awareness, and understanding, at an event of some sort” Hansen began to work on developing Reflections of Resilience Day, he said.

Thus began Hansen’s quest to lobby other municipalities to also issue similar proclamations. It is all about “connection, awareness, and love” he said.

“I am and have always been love,” said Chancen. “I come from a rather close and caring family, which shared acceptance [and]… most of all, love for yourself and those around you.”

As for Massachusetts, Hansen said he has received a proclamation from the city of Salem declaring Reflections of Resilience Day and has hopes to receive one from Boston as well.

“I plan to get another proclamation created in Boston due to the love the city has brought together since the awareness facilitated from #BostonStrong,” he said.

According to Hansen, the establishment of Reflections of Resilience is as much related to his own healing process, as much as it is others.

“I have reached out and connected to a variety of cities throughout the country,” said the survivor who was a Grand Marshal for North Shore Pride’s 2017 Parade. “Reflections of Resilience also has sort of a back story connecting to my own personal healing journey as well, including communities I have lived in throughout my life.”

And, his plans don’t end with the U.S.

“In the years to come, I plan to have reached out to all 50 states, Puerto Rico, Canada, and other countries throughout the world to bring about a stronger bond and magnification of love,” Hansen added.

Currently, Hansen is working with a group of eight from around the country to turn his dream into reality.

“Reflections of Resilience Day may have started out by just a dream, but in order to make a dream work one must have a great team with an amazing set of skills,” he said. “I have a great team of individuals who all seek similar outcomes of what can come from such a day that facilitates from Reflections of Resilience as we bring together our courage, strengths, and commitments of creating awareness and acceptance within our communities that are building bridges throughout the country once again …”

To get involved or volunteer, search ReflectionsofResilience on social media or e-mail reflectionsofresilience@gmail.com.