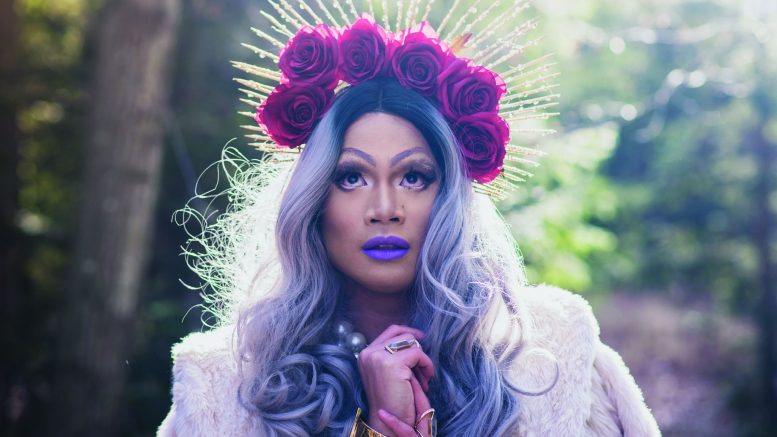 By: John Paul Stapleton/TRT Reporter—
On the small semicircle stage, underneath all the colored lighting, sits a large curtain rumbling as the performers behind it get ready. In that backstage area, clothes are thrown about, performers squint into mirrors as they apply finishing touches to their makeup, and plenty of hugging as more and more people show up.

While the hosts calls out various insults to the crowd, her friends, and the performers (many of whom fall under all three categories) they introduce the drag queens in the order they show up and get ready behind that big curtain. Many of them have made this a weekly tradition, and a lot of them may have only started out recently. This isn’t a weekly shadow cast of “Show Girls.” This is the early show of #DetentionThursdays at Ego Providence. 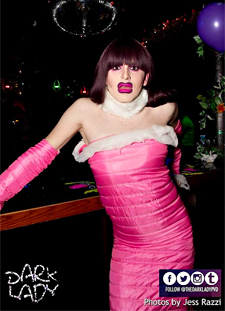 Every week, a slew of queens in the Rhode Island, Massachusetts, and Connecticut areas come out to perform in open call fashion. New queens have been popping up all over New England lately, bringing with them new styles and plenty of new characters. Ego is one of the places that seems to be a stomping ground for many of these new faces.

“We generally have a solid list of 10 performers, perhaps up to 13 if there is time,” said one host of Ego’s Thursday night party, Complete Destruction. “It’s like feeding time for piranhas to sign up, simply because there is such a proliferation of new talent becoming aware of the ability to perform.”

The show is open to anyone, but for the most part, the stage is taken over by drag queens of all shapes and sizes, performing a lip sync to their three minute numbers.

“We have had many queens start on our stage, it’s honestly hard to count,” Destruction said. “Most of our regular early show performers got their start on the Ego stage.”

One of the queens that has been known to perform in this show is Ninny Nothin. With her extremely over drawn lips and facial expressions right out of a cartoon, she’s hard not to enjoy every time she takes the stage.

“Fools have more fun. That’s for damn sure,” Nothin said. “But ever since I was born I’ve noticed a freedom in expression with females. It’s like they’re untouchable and I loved that.”

Nothin has acted since middle school. After taking a gender studies class in college, she found that she loved the idea of blurring gender lines and, through drag, found a theatrical way to do it. She only started getting serious with drag in September of 2015 and has already found herself hosting karaoke at the Dark Lady in Providence.

“If Ninny doesn’t see a smile, she will make you smile doing almost anything socially legal she can think of,” Nothin said of her persona. “When it comes to clothing, Ninny has no style. At all. She is basically pieced together from what she’s witnessed in the world.”

Nothin isn’t the only girl who has seen such quick success. Hazel Berry Rose has only been actively performing in her local Connecticut scene for about six months but has already been featured in Bob the Drag Queen’s Manhattan competition “Look Queen.” At the age of 20, she’s definitely been around the block, but it wasn’t easy to get there.

“It was extremely hard to get into the scene, and still is,” Rose said. “You do really need to know the who’s who of the local drag scene.” 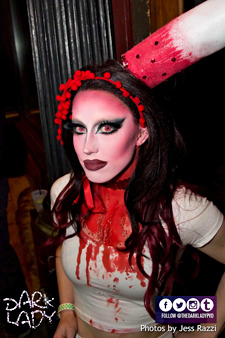 Rose has been doing drag since she was 17, which makes it hard to perform at places she couldn’t enter, but in such a short time since getting seriously involved, she’s found herself performing all over Connecticut in places like Two Boots in Bridgeport, Anthony D’s in Milford, and Partner’s Café in New Haven.

“I got an official start into the scene by performing as a regular act for Dirty Dixie Normous,” Rose said. “From just working with Dixie and having her open that door for me, and of course having good judies of mine, Layne Gianakos and Katie McKiernan, I’ve been able to reach out and do shows with non-profit organizations.”

She originally started out with a drag girl group that performed for free at the Amity Teen Center where she said she was able to work out the kinks in her persona. Now that Hazel Berry Rose has come to fruition, she’s no longer a piece of a girl group but can hold her own as the “disgustingly delectable” character she is.

“She’s very gross, stupid and silly, but in the same token, can be very regal, and very polished,” said Rose about her persona. “She’s either a rich white woman who lives in the Hamptons, or the trashy mistress of the rich white Hampton woman’s husband. There’s almost no in between.”

She was able to overcome the age barrier she experienced at the door of every club and come out a full-fledged and seasoned queen in the short amount of time since. Most would have given up, but sticking with it was key for her. For some queens like Plympton, MA’s Sarah Palegic, there’s no getting around their limits, but they have the ability to make it a part of their act, which is something you can’t do when you’re just underage.

“I am a bioqueen and I also use a wheelchair,” Palegic said. “Sometimes I like to do performances which draw attention to these things and make people see womanhood and disability in a new light.”

A bioqueen is a drag queen who, out of drag, identifies as a cisgender woman. For Palegic, she thought this would hold her back, but shortly after her first performance at the Dark Lady in 2015, they invited her to be on a show called “Queens on Wheels,” where all the other queens were on roller skates or a scooter in order to make her feel comfortable.

She started out practicing with YouTube tutorials by herself after being inspired by RuPaul’s Drag Race, but it took months until she finally did her first performance. Bioqueens have caught flack from people who think the title of drag queen should only be for cisgender men, but Palegic has been using the art form to let loose and turn heads just as much as any of her sisters in the scene have.

“My drag persona is my regular girl persona, except with much fewer inhibitions,” Palegic said. “I wouldn’t say I’ve created this ‘character’ that’s separate from my own personality. It’s more I’m just letting my inner character out that I might otherwise be stifling in my day-to-day life.

“I think, aside from entertainment, I bring diversity to the scene. I also bring a new perspective. I see drag through the lens of a disabled woman and I have lots of feedback to give on accessibility, disability etiquette, and feminism. I’ve hopefully made people reevaluate performance and understand that a message/feeling can be conveyed even if you’re completely sitting.”

With all of these drag queens making a name for themselves so quickly, what is it about New England that breeds this talent?

“I’ve seen a renaissance not just in New England drag, but drag around the globe,” Destruction said. “But, I think in our small New England clusters, it becomes an easier breeding ground for a close knit community of artists to share ideas, tips, and tricks.”

The Real History of an Uprising: Stonewall Movie Examined