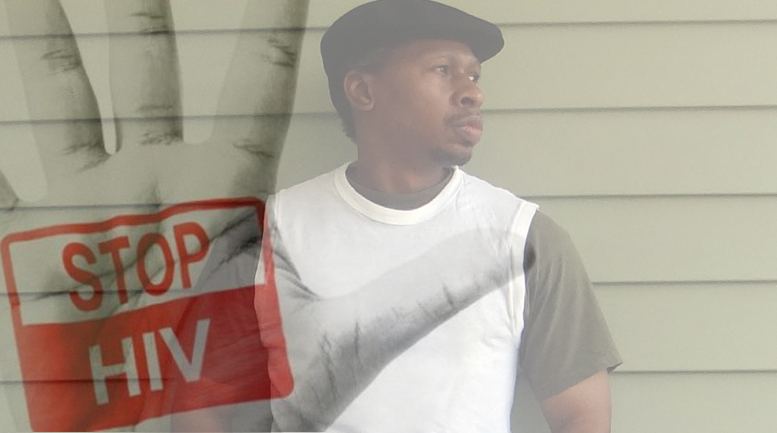 In honor of National Black HIV Awareness Day on February 7, The Rainbow Times’ columnist and activist JP Delgado Galdamez penned a reflection piece on the need for racial equity in researching and treating HIV/AIDS.

I started Pre-exposure Prophylaxis (PrEP), a daily pill that prevents HIV transmission in 99.9 percent of cases, about eight months ago. I started taking it because I wanted to feel safer when having sex, and sometimes condoms aren’t really an option. When I started taking PrEP, I was asked about my sexual habits, how I engage in sex, who do I sleep with, and other behaviors.

I felt like the nurse asking me these questions was truly invested in my health, and I didn’t perceive any judgment, despite me being Latinx and the nurse being white. I was afraid of the biases this person may have harbored, and I was pleasantly surprised when none of the questions asked were based on stereotypes. The fear of facing judgment is one of the reasons it took me so long to get on PrEP, among other considerations.

Yet, PrEP is relatively new, unlike HIV. HIV has been an epidemic for decades, affecting some communities more than others. HIV is no longer a death sentence; modern medicine makes it possible for someone with HIV to live an average life. Yet, for many people today, even accessing an HIV test can be difficult.

In Boston, many organizations are continuously working to bridge that gap. Connected Boston (CB), AIDS Action Committee (AAC), Boston GLASS (Gay & Lesbian Adolescent Social Services), the Boston Alliance of Gay, Lesbian, Bisexual, Transgender and Queer Youth (BAGLY), and other local health and youth programs, specifically reach out to people of color with the goal of providing access to HIV testing and prevention, or treatment if they’re HIV positive.

Yet, that’s just the surface. Outreach to people of color is one piece of this puzzle. What lies below this surface is equally as important, since it supports the work outreach staff and volunteers do.

Without funding, our health centers and HIV programs wouldn’t be able to serve our community. We have seen what funding can do. Once there was money allocated to HIV/AIDS research and prevention, the number of deaths related to HIV/AIDS and the number of new infections went down throughout the years. Yet, the 24,788 people of color receiving new HIV diagnoses in 2016 was almost three times higher than the amount of diagnoses of those who identify as white, which was approximately 8,422, according to the Centers for Disease Control and Prevention (CDC).

According to the American Community Survey (ACS), people of color compose approximately 28.3% of the US population.

“The face of the current HIV epidemic is the face of communities with intersectional marginalized identities,” Dwayne Steward, director of community affairs for the Fenway Institute, wrote in an email. “However, much of the research and resources begin within communities of privilege and trickles down to the communities that need it the most.”

Beyond outreach and education, there are a few factors that contribute to this inequality. People are likely to seek health services and trust their doctors and nurses if they look like them, and, the medical field is difficult to navigate for people of color because of high cost, lack of access to education, and racism. As a first year medical student, Damon Tweedy, author of the book, “Black Man in a White Coat,” recounts how one of his professors mistook him for a maintenance worker.

To many, this is a simple mix-up. To a student of color, this may mean that they’re not worthy or welcome in that classroom.

Eliminating these biases should be a priority for all educators. Affirmative action is important and supports students’ access to higher education, yet it doesn’t protect them from racism and discrimination once they step on campus.

Having more doctors, nurses, therapists, and social workers of color should be a goal to help ease and ultimately end the HIV epidemic. People build trust more easily with providers that are part of their communities and that trust is key for health services to be successful.

Young people of color who receive a positive HIV diagnosis are usually better served by providers who are people of color themselves. Think of a therapist who shares the same nationality as the person being treated. There are many experiences that may shape the way this person thinks and deals with their diagnosis that are different from other doctors.

When studies on HIV aren’t inclusive of communities that are the most disadvantaged, there can be gaps in reporting, misinformation can be taken as fact, and the combination of these mistakes may result in stigma or stereotypes.

When the CDC started compiling AIDS data in the 1980s, it didn’t account for a growing undocumented Haitian population in the U.S. Dr. Linda Marc led the 2010 study and she proved, alongside her team of researchers, that the CDC analysis of the data resulted in a stigma that the Haitian-American community still faces.

In a recent panel, put together by the Fenway Institute, Dr. Marc also shared that it’s difficult to do HIV research that centers marginalized communities because funding is hard to obtain when the proposals are led by people of color. Dr. Marc stated that she was able to get a higher score for one of her proposals when she removed all information that identified her as Haitian-American.

These are a few examples of how our current healthcare system isn’t centering those most affected by the HIV epidemic.

“If we are to ever reach an AIDS-free generation,” Steward said, “the research, treatment, and prevention strategies must come from a social justice and racial equity framework.” This means, in simple terms, that we won’t be able to tackle the HIV epidemic if those making the decisions aren’t representative of those most affected.

We will not adequately serve people of color, LGBTQ people, immigrants, and any other community impacted by HIV if we only center those communities in the way we do treatment and prevention. HIV research, and its analysis, need to be done by people who represent those most impacted.

In the meantime, when we talk about PrEP and other prevention methods, we must be aware of the barriers racism, colorism, and classism are to outreach, treatment, and research around HIV, and we need to push for those barriers to be struck down, if our goal is to end the this epidemic once and for all.

*Born and raised in El Salvador, JP Delgado Galdamez is a Boston-based activist, drag performer, and educator. They focus on bringing together politics, anti-oppression work, and comedy through lip synching and commentary. When JP isn’t performing, they are doing trainings and outreach for The Network/La Red, a local LGBQ/T social justice organization that works towards ending partner abuse. You can follow them at @dragqueenjp on social media.