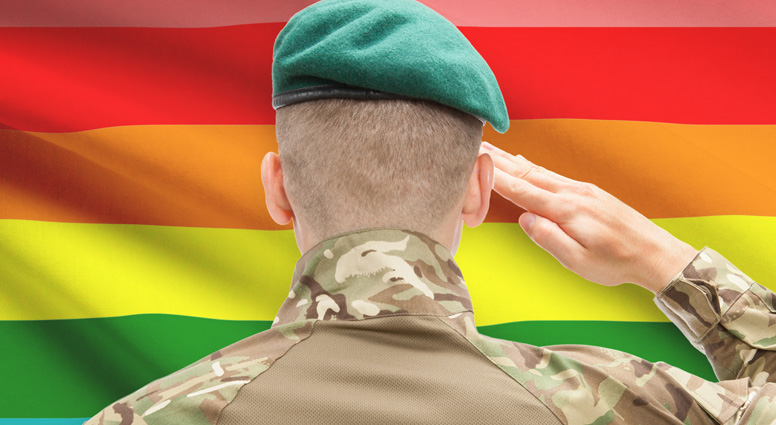 In 2011 the Don’t Ask, Don’t Tell (DADT) Repeal Act went into effect, terminating the military’s 1993 policy banning gays and lesbians from openly serving in the military. Despite the worst fears of repeal opponents, the military continued to accomplish its mission undisturbed. Instead of vindicating opponents, as the closet doors opened wide, the dust of prejudice began to dissipate. Between 1941 and 2011, the military expelled approximately 114,000 GLB service members at significant monetary costs. But the emotional, psychological, and dignitary costs to the service members themselves were far greater.

These policies sanctioned harassment, distrust, humiliation, hazing, sexual assault by perpetrators who knew that a complainant would potentially be accused of being gay, and, in some cases, “corrective rape” intended to force the victim to reconsider his or her sexual orientation. These heroes and heroines endured a battle within the ranks just to be able to wear the uniform and possibly make the final sacrifice against a foreign enemy. For many who served, the battle continues today, in unanticipated ways.

Veterans discharged under DADT face the same consequences of the policy as those DADT survivors who successfully concealed their identities. Overall, GLB veterans face much greater risks of mental health conditions than non-GLB veterans, even when controlling for common military stressors. These conditions include depression, post-traumatic stress disorder (PTSD), alcoholism, and suicide.

The mental health consequences of DADT are relevant for those separated under the policy because the Department of Veterans Affairs (VA) frequently denies disability compensation or health care services to a veteran who has something other than an honorable or general discharge. The other than honorable (OTH) (formerly known as “undesirable”) discharge is the most devastating because, under a convoluted set of federal laws and administrative agency rules, it can deny that individual any recognition as a “veteran” at all.

Military policy under DADT was to give an honorable discharge for one’s self-disclosure when there was no accompanying misconduct. But commanders who were responsible for recommending separation were often vindictive and added misconduct to justify discharges that were not fully honorable. For example, an OTH was permitted if homosexual acts, like holding hands, were committed on base or in plain view. Moreover, under pre-DADT policies, such as those that existed during the Vietnam War, OTH discharges were the recommended characterization for GLB service members.

In addition to problems with VA benefits and treatment, even veterans discharged honorably face severe privacy invasion. The standard form used to document military service, the DD214 form, could plainly state that a service member had been kicked out of the military for “homosexual conduct” or a “homosexual admission.” That form may not just list the narrative reason for discharge but also the discharge characterization, separation program numbers (SPNs) or separation program designator (SPD) codes, and re-entry/reenlistment codes. Such labels force veterans to disclose personal information when applying for jobs or licenses wherever veteran status is relevant.

Each of the military services has special boards to consider errors and unfairness in military discharges and military records. These boards can change a discharge on grounds of unfairness if there has been a favorable change in the law, like the repeal of DADT. However, a veteran must actually prepare and file an application to obtain a discharge upgrade or remove discriminatory information from a discharge certificate. To date, only eight percent of DADT survivors have applied for upgrades.

The pain of reliving traumatic memories may explain why 92 percent of DADT survivors have yet to apply. At Ohio’s Stonewall Columbus LGBT Center, for example, while six veterans had started their applications to upgrade their DADT discharges, three of them stopped the process because they could not bring themselves to endure reliving those experiences. Yet, some older veterans are mustering the strength to push forward. H. Edward Spires is one such veteran who, at 91 years-old, finally upgraded a 1948 Air Force undesirable discharge to honorable, reporting, “I can lift my head again”.

Navy veteran Jim Estep, 80, echoed these sentiments explaining, “After all these years, I want to tie up loose ends, it’s a way of getting the government—that faceless entity—in some way to acknowledge the authenticity of my life and my contribution to the country.” For younger veterans, those who have upgraded DADT discharges from OTH to honorable have experienced the life-changing impact of the final battle in the campaign for dignity and fairness.

In 2012, the Legal Services Center of Harvard Law School founded a clinic devoted to assisting Massachusetts veterans in accessing their earned benefits and upgrading their discharges. Harvard’s Veterans Legal Clinic has bolstered its outreach efforts to identify and assist GLB veterans in restoring their honor and overcoming the last vestiges of the military’s discriminatory policies. The Clinic offers free consultation, referral services, and representation in upgrading discharges and accessing VA benefits for GLB veterans. Clinic attorneys have partnered with mental health providers to address the emotional impact of the process and create a truly safe and respectful place to resist longstanding oppression.

If you know of a veteran who might be interested in options to restore honor, please spread the word about the Veterans Legal Clinic’s resources. To set up an appointment with an ally in the final battle for respect and dignity, and to learn more about discharge upgrading and correcting military records, contact Evan R. Seamone, clinic attorney, at 617-390-2593 or eseamone@law.harvard.edu, or call the Clinic’s intake hotline at 617-390-2525.

*Evan Seamone is an attorney at the Veterans Legal Clinic of the Legal Services Center of Harvard Law School and a major in the United States Army Reserve.

[This story was originally published online on July 7th, 2017]