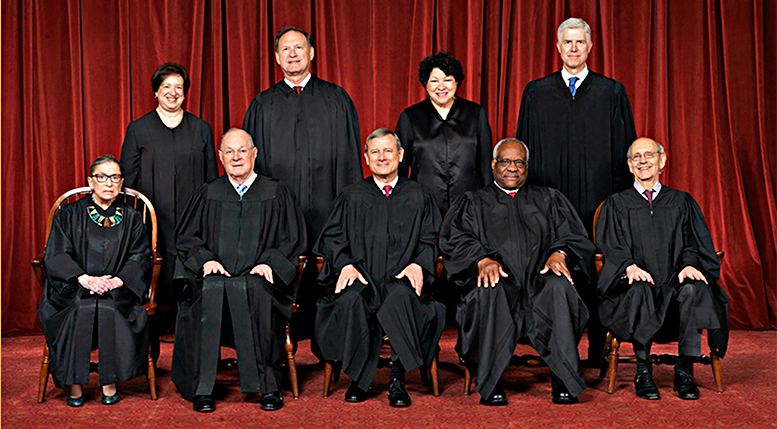 “We need a Supreme Court that will stand firm in support of constitutional liberties and the protection of equality. Now more than ever, we need all Senators, including principled moderate Senators, to hold the line to prevent any nominee who would fail to ensure our country’s most basic principles of justice and equality for all.”

“For decades, Roe v. Wade has protected women’s fundamental right to control our own bodies and make our own decisions.

“With Justice Kennedy’s retirement, that essential freedom hangs in the balance. President Trump, Vice President Pence and Leader McConnell want to exploit this vacancy to impose their extreme, anti-choice vision on women across America.

“Make no mistake: they will use this as an opportunity to permanently erode our most cherished freedoms and civil rights. We cannot allow this to happen—the Senate must reject any and every nominee who refuses to respect the civil rights, privacy, and personal decisions of the American people.”

Justice Kennedy played a pivotal role on the Supreme Court for thirty years. He was the deciding vote in many close cases involving civil rights and civil liberties. Without his moderating influence, the balance on the Court could shift dramatically to the right.

This court has already undermined basic rights we all believed we enjoy as Americans—the right to strong unions that bargain collectively, one person one vote principles, redistricting, and regarding the right of women to make their own health care decisions.

The stakes for nominating a replacement could not be higher at any moment in our history.

The Court serves as the guardian of our rights and liberties. The country desperately needs a fair-minded and independent jurist. Now is not the time for a divisive and biased appointment who will shake the public’s faith in the justice system.

The constitutional process for appointing and confirming the next justice must be careful, deliberative and conducted with bipartisan support.

The Senate should not consider a nominee until a new Senate is seated next year.  Moreover, the new Senate should ensure that the nominee has a demonstrated commitment to equal justice and civil rights.

The names identified on Trump’s shortlist do not fit that bill.

For the good of the American people, we urge that the President and the Senate to carefully exercise their respective roles under the Constitution in light of the consequential impact of this nomination on our democracy.

The NAACP and its members are committed to protecting the gains won through the sacrifices of our ancestors and to protecting civil rights for generations to come.

Our Justice system—and indeed the very peace and tranquility of our nation—hang in the balance.

We will not go silently into the night. We can’t.

Founded in 1909, the NAACP is the nation’s oldest and largest nonpartisan civil rights organization. Its members throughout the United States and the world are the premier advocates for civil rights in their communities. You can read more about the NAACP’s work and our six “Game Changer” issue areas by visiting NAACP.org.

With the retirement of Justice Anthony Kennedy, we recognize a jurist who has been instrumental in advancing the rights of LGBTQ Americans in four landmark decisions: Romer v. Evans, Lawrence v. Texas, Windsor v. USA, and Obergefell v. Hodges. These rulings laid the foundation of our equal citizenship, by ensuring that LGBTQ people are seen in the eyes of the law as equals, not as criminals and that we can marry the person we love.

While we have not agreed with every decision Justice Kennedy has authored or joined, we acknowledge him as a jurist who believes that our Constitution must be relevant to and interpreted for the world in which we live today.

Now is a moment to reflect on the words Justice Kennedy wrote in Lawrence v. Texas:

“[T]imes can blind us to certain truths, and later generations can see that laws once thought necessary and proper in fact serve only to oppress.”

At this critical time in our nation, we do not have the luxury of being blind to the many and growing oppressions around us. In just the past week we have seen the Supreme Court fail to uphold precious constitutional principles that are vital to our democracy, by giving approval to President Trump’s shameful Muslim ban, by diminishing voting rights and labor rights, by allowing the restriction of access to accurate medical information regarding abortion.

Now is the time that we all must be active and vocal participants in our constitutional democracy. We urge every single person to contact your legislators, attend a rally, and speak out in every way you can to ensure that the next Justice appointed to our highest court will uphold our core values of liberty, equal dignity, and equal citizenship for all.