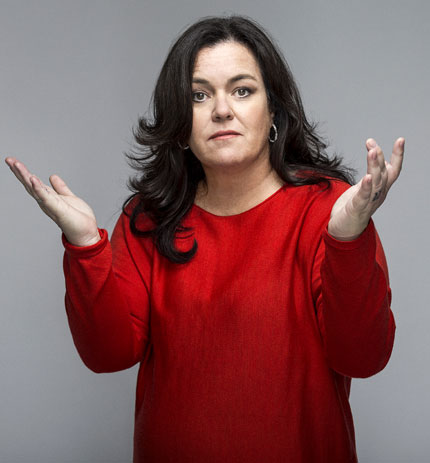 BOSTON, Mass. – The Wilbur Theatre is long known for having high profile celebrities perform on its stage. January 24 will be no different when the lights beam on LGBT comedic-icon Rosie O’Donnell at 7:30 p.m.

After an intense couple of years filled with new love leading to a marriage with Michelle Rounds in 2012, followed by a heart attack later that year, which lead to national awareness of heart disease and prevention efforts amongst women, and a new member of the O’Donnell troupe arriving in 2013, O’Donnell is certain to have found a new perspective on life … and the limelight. [pullquote]First taking to the stage as a comedienne, Rosie O’Donnell’s quick wit, dry humor and New York accent attracted fans almost immediately. [/pullquote]

First taking to the stage as a comedienne, Rosie O’Donnell’s quick wit, dry humor and New York accent attracted fans almost immediately. It wasn’t long before she found herself jumping between stage and screen – small screen, anyway – as a regular personality on VH1.

Those VH1 appearances — along with successful gigs on every talk show from The Tonight Show to Late Night with David Letterman led to a number of roles in major motion pictures in the 1990s, including A League of Their Own, Sleepless in Seattle and The Flintstones. As the decade marched on, Rosie turned up a number of less-popularly received films, including Car 54, Where Are You? It seemed as though Rosie’s career needed new direction.

It may have seemed like a strange experiment—a tough New York comedienne taking on the more relaxed role as daytime talk show host. But when Rosie debuted on The Rosie O’Donnell Show in 1996, sparks flew. It wasn’t long before she was dubbed the “Queen of Nice” and started picking up Emmys like they were going out of style.

In 2002, Rosie decided to give up the talk show life and return to her first love, stand-up comedy. Her return to stand-up was met with great success, though her tough style — a style she’d cultivated since the very beginning of her career — caught fans of “The Queen of Nice” off-guard. She still performs stand-up today.

To catch Rosie’s one-time January 24 performance at The Wilbur, visit http://thewilbur.com/artist/rosie-odonnell. Tickets range from $29-$59. For more information about Rosie, connect with her on FaceBook at RosieODonnellOfficial.

The Wilbur Theatre is located at 246 Tremont St. in Boston’s Historic Theatre District.