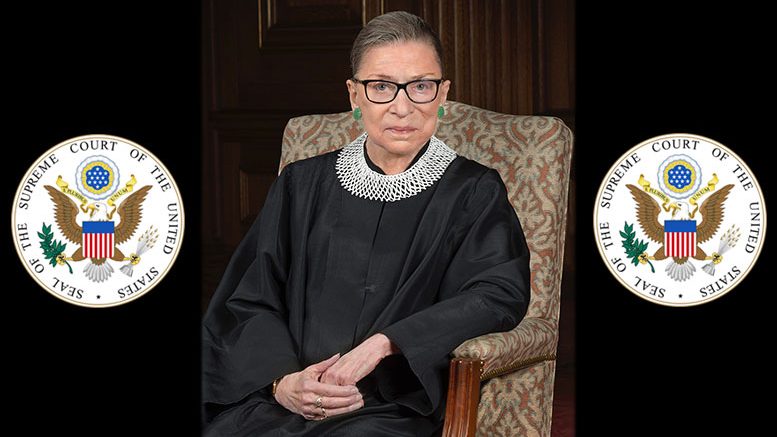 SAN FRANCISCO, Calif.—The National Center for Lesbian Rights (NCLR) mourns the tragic loss of Justice Ruth Bader Ginsburg—a true champion for LGBTQ rights in her 27 years on the U.S. Supreme Court. During her tenure, Justice Ginsburg was a pivotal vote for affirming LGBTQ rights, including marriage equality and recognizing the right of employees to work without fear of discrimination due to their sexual orientation or gender identity.

“Justice Ginsburg was a warrior for freedom and justice, and we were honored to fight alongside her,” said NCLR Executive Director Imani Rupert-Gordon. “That struggle is more important than ever. We will celebrate her life and grieve her loss. But above all, we will honor her legacy by continuing her fight.”

“Before she was a Supreme Court justice, Justice Ginsburg was a civil rights activist who waged the battle for women’s equality with unwavering determination,” said Shannon Minter, NCLR Legal Director. “She never gave up, and she never stopped fighting for freedom and justice for all.”

“Her voice first as an advocate and then as a Supreme Court justice was as powerful as it was unique. Even those who disagreed with her never questioned her integrity or her commitment to the most fundamental principles of our democracy, from the guarantee of equal protection of the laws to the fundamental right to vote. [At] this moment, when those principles are under attack as never before, we owe it to Justice Ginsburg to honor her legacy by continuing her fight.”

While we mourn the loss of the Justice Ginsburg, we do so knowing that the fight continues, including ensuring passage of the Equality Act, ending the dangerous practice of conversion therapy, protecting LGBTQ immigration and asylum seekers, and advocating for racial justice across America. NCLR will continue fighting and advocating for full LGBTQ equality as we have done throughout our 43-year history. We honor her legacy by continuing her fight.

Today we have lost a phenomenal human, a pathbreaking woman, and a stalwart champion of justice. As an attorney, Ruth Bader Ginsburg blazed a trail for gender justice and the equal treatment of women and set a shining example of what it means to advocate fiercely for those who have been left out of the protections of the law. As a Justice on our nation’s highest court for 27 years she held steadily to a conviction that our Constitution is there to protect the rights of all, especially those who are vulnerable to the whims of the powerful. She recognized the humanity and dignity of LGBTQ people long before a majority of colleagues on the Court did. And she did all of this with compassion, brilliance, and a keen sense of humor.

As our nation mourns her passing and recognizes her extraordinary legacy, we must also honor her dying wish that no move be made to replace her on the Court until the next presidential term begins. We owe her and our country that much, for her incredible contribution to moving us closer to the nation of equals we aspire to be.

PHILADELPHIA—The Mazzoni Center released the following statement after it learned of the passing of the revered Justice.

“We mourn the loss and celebrate the life of Justice Ruth Bader Ginsburg. She was a brilliant scholar, advocate, and jurist—and an icon. Throughout her career, she fought for a deeper understanding of the Constitution’s promised equality and liberty. Her voice was influential, and her vote was crucial, to each Supreme Court victory for reproductive rights and LGBTQ+ rights, as well as many other victories. And she knew how to write a sharp dissent that will shape the future of the law. Notorious or glorious, RBG knew that the fight for racial, religious, and sexual and gender equality is far from over. So do we. May Justice Ginsburg’s wit, wisdom, and spirit inspire us to resist. And to persist. And to prevail.”

Mazzoni Center is Philadelphia’s leading health center focused on the needs of the region’s lesbian, gay, bisexual, transgender, queer/questioning (LGBTQ) community. Mazzoni Center’s mission is to provide quality comprehensive health and wellness services in an LGBTQ-focused environment while preserving the dignity and improving the quality of life of the individuals it serves.