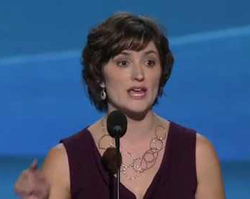 Op:Ed– By Patrick O’Shenahan/Special for TRT–

Only in America are the men and society who claim to care for women and children, the same men that glorify a democracy around the world and a democratic America, are the same men that vilify a woman who stands against unfairness against her own kind. Why can’t a woman decide whether she is able (mentally, physically, spiritually, financially) to keep a baby that was the result of a rape, incest, and/or any other means by which she has been subjected?

These same “Americans” hiding behind “society’s name” are joined by the right-wing women who are themselves the product of a brain-washing scheme to keep women from moving forward in “this male-dominated society.” Women should have any decision as to whether to keep an “unwanted” baby born out of rape and incest.

This society does not make men (us) keep babies. As it is, many don’t even pay for their offspring and we, the responsible taxpayers, end up paying for their phallic-filled mistake. Why is there not a law that keeps men from having unprotected sex (when they know exactly what will happen if they have unprotected sex)? Surely the responsibility is not only that of women. It does take two to tango. Therefore, why is the concept of contraception a woman’s responsibility? If women’s bodies are to be ruled by the government, then men bodies should follow the same rules. How can we call ourselves a democratic nation if we celebrate what a group does, but vilify what the other does? Does it not lack the justice and fairness to which our forefathers and foremothers would have expected from us? Does this not make this an autocracy? This is what the GOP wants. They also want to suppress the masses, the middle class, the working class, and you and I.

It is not right in the eyes of a Higher Power to condemn some and glorify others. We cannot continue to break the same similarities that unite us (men and women, blacks, whites, brown and yellow, Muslims, Christians, Buddhists, gays, transgenders, bisexuals, thin and fat, short and tall, beautiful and ugly, or any other variation of our “imperfect” kind. The Christian Bible calls us to love one another, not to judge, kill, or treat differently. Other religions follow similar principles, yet few follow them.

If it is not the war against women, it is the war against African Americans, Hispanics, Jewish people, LGBTs, or the war against immigrants, or against the poor. When will these “Americans,” those in powerful financial positions, act out of righteousness and not hatred, understanding and not ignorance, acceptance and not condemnation?

Lastly, if we are to embark in a war against women, then I propose another war that considers the castration of  the perpetrators, the men who rape women, boys, girls, and their own spouses. Why is that not a law already? It would cut down in the number of Planned Parenthood facilities. It would help with birth rate and youth pregnancies, it would make us raise conscious and serious young men who would act by the conduct that their “society’s role models” and laws dictate. It would, lastly, balance the unfairness towards women. Women would not be in these predicaments, most of the times, if it were not for men. Why is it then that we are casting stones at them and not the perpetrators? Let’s take a look at the cowards condemning a young woman who gave the voice to a struggle that has been stifled by the right, righteous, or lack-there-of.

Sandra Fluke should be the object of universal scorn & ridicule. That a major political party takes her seriously makes me weep for America.

I am a Conservative: I mock Sandra Fluke because she is the embodiment of everything wrong with liberalism in one smug, dumb package.#caring

If Sandra Fluke fails to excite the audience at the DNC, will she ask the federal government to force the DNC to hand out Viagra?

Y won't the propagandist @sandrafluke debate @DLoesch? Because she's a coward who steals from others 2 sleep around. #buyyourownbirthcontrol

The hatred and undignified words written by the ungodly, hiding behind a computer screen has gone on and on against one woman. The women joining these degrading cowards are just as vile, if not worse. This is just one young woman, just as there was just one Christ.  Just one woman. Ms. Sandra Fluke, the law student who could.

I stand in support of you, of women, your voice and message. Even if I were to disagree, I would not conduct myself in such an abhorrent manner. Although she may never forget this, she should always remember those of us who said yes to her. Go Ms. Fluke! You are making a difference in our unbalanced, unfair world.