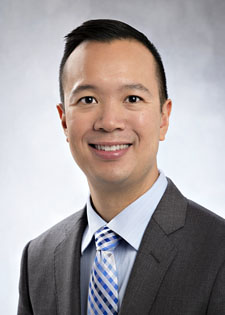 BOSTON, Mass.—The Supreme Court of the United States (SCOTUS) has a chance to rule state bans on same-sex marriage unconstitutional, making it legal nationwide for gay couples in the Obergefell v. Hodges case if they decide in favor of the plaintiffs.

“It’s time for everyone across the country to be able to marry who they love. The majority of Americans believe in this,” said Wu.

According to Emily McGranachan, East Coast Regional Manager of Family Equality Council, there has been an optimistic outlook on the case.

“People seem to be really hopeful that the Supreme Court will make a decision to support marriage equality. This can mean great things for our families,” McGranachan said. “We have seen marriage equality work in 37 states and the other 13 states deserve the same protection and rights.”

“He has a strong legacy of finding protection for gays and lesbains under the constitution,” Wu said. “So, we are cautiously optimistic.”

Pro-equality attorney Mary Bonauto said in her opening statements at SCOTUS on April 28 that the reason for the Fourteenth Amendment is to protect people from being relegated to second-class citizens. However, she argued that gay Americans are being treated as second-class citizens if they are not allowed to marry who they love.

“The stain of unworthiness that follows on individuals and families contravenes the basic constitutional commitment of equal dignity,” said Bonauto, according to audio made available by the court.

Critics to the case argue that states should have the individual right to decide on how to define marriage. [pullquote]“The stain of unworthiness that follows on individuals and families contravenes the basic constitutional commitment of equal dignity,” saidPro-equality attorney Mary Bonauto, according to audio made available by the court.  [/pullquote]

“We are a democracy and we must adhere to equal protection to everyone,” Wu said in rebuttal to that idea.

Wu also added that there is no justifiable legal reason why gay couples shouldn’t be able to marry.

“If you are going to treat a certain group of people differently then there has to be a justified reason for it. There is no justification for this,” Wu said. “When listening to the opening arguments on the other side, you can hear just how flimsy their argument is.”

Bonauto agreed in her arguments before the court.

“Laws must respect the constitutional rights of persons. And here we have a whole class of people who are denied the equal right,” she said.

McGranachan said if the Supreme Court does rule in favor of marriage equality, gay rights activists can start to focus on other areas of injustice.

“We can move on to other important issues impacting our community. Marriage equality is just the beginning. There are things like adoption, foster care, the Family and Medical Leave Act that make a difference on our families,” McGranachan said.

The recent Supreme Court case has been compared to the fight to allow gay couples to marry in Massachusetts 11 years ago. It was the first state in the country to make it legal.

“We have been there from the beginning, middle and hopefully the end,” Wu said. “People thought we were crazy. That it was impossible. We made the impossible seem invaluable.”

The Supreme Court is expected to deliver their ruling near the end of June.