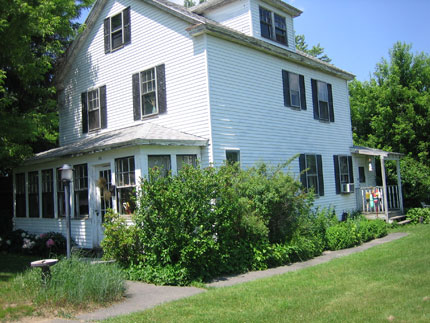 NORTHAMPTON, Mass.—The Sexual Minorities Educational Foundation, Inc. (SMEF), the non-profit organization that furthers the work of the Sexual Minorities Archives, was notified by the Internal Revenue Service on August 11 of a determination of its tax-exempt status as an educational public charity under section 501(c)(3) of the Internal Revenue Code. Donations to SMEF, Inc. are fully tax-deductible, retroactive to the organization’s September 26, 2011 founding date.

The Sexual Minorities Archives (SMA) is a 40-year-old, national collection of LGBTQI (lesbian, gay, bisexual, transgender, queer, and intersex) literature, history, and art in all media located in Northampton, Massachusetts. The SMA collections, open to the public, researchers, and visitors at no charge, are located in the Northampton residence of Bet Power, founder and executive director of SMEF, Inc. and curator of the Sexual Minorities Archives. Power wrote the IRS filing for SMEF, Inc. and is currently fund-raising at www.gofundme.com/Save-the-SMA to purchase the Archives House.

Feinberg, who is battling illnesses, offered the donation to the SMA on August 15 in a letter saying, “I have a lot of respect for the conceptualization of the Sexual Minorities Archives. And I have a lot of respect for its curator, Bet Power. I am very moved to see how hard Bet Power is fighting for a permanent, secure home for the SMA. Since I can’t fund-raise for anyone or any struggle right now, I have thought a lot about how I might make a unique donation that demonstrates my strong support for the communities-based archives. I would like to offer to donate my entire personal research library: books about sexes, gender expressions, and sexualities, within the context of nationality, class. I offer to make this donation to the SMA in hopes that it will add to the value of the SMA holdings … and be useful to generations of researchers, within the context of the some 10,000 books already held within the communities-based SMA.”

Feinberg wrote, “As a child, I sought my first library card at age four, as soon as I could print my name. … But in the almost half century I’ve spent as an adult, I have never had a single library card. I never had the identification papers necessary in order to get

one. I had no access to university libraries. I sought out books, magazines and other materials. This personal library was my only access. It contains all the books that I had collected and carried through my adult life and was still working on up until I was felled by an acute and chronic stage of illnesses on October 21, 2007.”

“The Leslie Feinberg Library, accessible as a whole within the SMA, will provide researchers and community scholars with a unique look into the trajectory of Feinberg’s thinking and development as a social justice activist and author,” said Bet Power. “The library itself has historical value as a record of Leslie’s lifelong study of intersectional oppressions. It is fitting to name the room in which The Leslie Feinberg Library will be housed, and in which extensive Transgender subject files are also collected, for the late Sylvia Rivera, a pivotal transgender civil rights pioneer and veteran of the 1969 Stonewall Rebellion.

“Sylvia fought hard for the inclusion of transgender people, people of color, and low-income queers in a Gay rights movement that became increasingly mainstreamed. So has Leslie Feinberg,” Power said. “At the SMA, we work in the spirit of Sylvia Rivera whenever we prioritize the histories, literature, and art of queer and trans people of color, who face not only the most severe discrimination but also whose stories are likely to be omitted or erased within institutional archives and historical societies.”

These developments come on the heels of the SMA becoming a recipient this summer of the UMass Creative Economy Initiatives Fund grant, which is supporting archival preservation and digitization programs and paid student internships at the Archives.

In A Stonewall State Of Mind: Stormé DeLarverie’s Missing Recognition