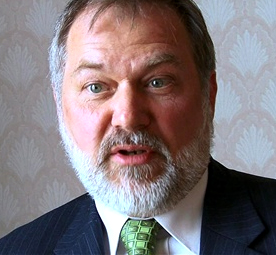 SPRINGFIELD, Massachusetts — On Monday January 7, 2013 at 11:00 a.m. the Stop the Hate and Homophobia Coalition Springfield will be joining the Center for Constitutional Rights (CCR) in Springfield Federal Court as they give oral arguments in the Sexual Minorities Uganda v. Scott Lively case.  This is the first known Alien Torte Statute case seeking accountability for persecution on the basis of sexual orientation and gender identity.

Prior to the hearing, starting at 10:00 a.m. the Stop The Hate And Homophobia Coalition is organizing a stand-out along State Street in front of the courthouse, where we will be holding supporting signs and informational flyers so come early and join us!

To attend the event, please note its scheduled day/time.

What: Oral argument on Defendant’s Motion to Dismiss in SMUG v. Lively

The Stop the Hate and Homophobia Coalition was formed in January 2011 upon learning that Scott Lively was living and ministering in Springfield. Lively is president of the Abiding Truth Ministries, which has been classified as a hate group by the Southern Poverty Law Center, and he has been running the Holy Grounds Coffee House. The coalition deplores hateful messages and actions, and calls for community education about the impact of homophobia on our communities, as well as calling for community leaders, neighbors, co-workers, family members, etc. to speak out against homophobia whenever it is perpetrated. The coalition involves a number of community-based organizations, including Arise for Social Justice, Out Now, GetEQUAL MA, the LGBT Coalition of Western MA, as well as local college professors, students, leaders and members of the faith community and individual community members.