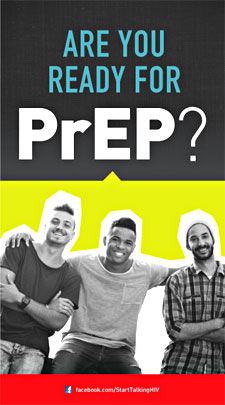 On November 17, fading movie and television star Charlie Sheen announced publicly that he has HIV. You’re probably familiar with Sheen’s public antics, from his reported sexcapades with adult film actresses and sex workers to his alleged substance abuse.

In his “TODAY” interview with journalist Matt Lauer, Sheen proceeded to relate a cringe-inducing narrative. According to the actor, blackmail attempts cost him millions of dollars. The interview featured Lauer peppering Sheen with questions about his sex life, substance abuse, and mental health issues. In a second segment, Sheen’s celebrity doctor, Robert Huizenga, appeared to clarify the fact that his client has HIV, not AIDS, contrary to earlier media reports. Huizenga’s presence in the interview alone was discomforting and forced; a staged attempt to dispel tabloid gossip.

The years of substance abuse and sex addiction had clearly taken a toll on Sheen, who is only 50, but it was quite evident that he’s suffering immensely under the cultural stigma borne out of the HIV/AIDS epidemic.

I don’t care about Charlie Sheen’s personal life, but I do care about the discussions that his HIV status will launch in the wake of his confession. Sheen’s lifestyle will be generalized and denigrated and the dialogue around the HIV/AIDS epidemic could be set back by several years.

Instead of treating those living with HIV/AIDS as lepers, we should be proactive in supporting them, by fighting the illness head on. Here are just a few ideas on how we can do that:

In the more than 30 years since the discovery of HIV/AIDS, scientific advancements have allowed many people to live long, healthy lives. However, we’re seeing rampant increase in diagnoses in communities of color because of the social stigma around same-sex relationships, which has forced many men to live on the “down low,” a troubling phenomenon of “straight” men secretly engaging in high-risk sex with other men. This stifling level of silence and repression (and oppression) is an ideal breeding ground for a lack of awareness and dialogue around safe sex practices.

The battle against HIV/AIDS must be fought on two fronts: one that is scientific, the other is social. We’ve made an impressive amount of progress in managing the epidemic, producing treatments that maintain higher T cell counts and healthier immune systems. However, socially, we’re battling ignorance, prejudice, and misinformation, which can be just as deadly as the virus itself.

Charlie Sheen is an actor, an alleged substance abuser and womanizer, and is notoriously portrayed by the media as difficult and uncompromising. Regardless of his reputation, the core thread that needs to run through any conversation about his HIV status, and the dialogue around the epidemic in general, is that this is a disease that affects human beings. The moment we strip away the humanity of the people living with the disease is the moment we ourselves reinforce its deadliness.

*A graduate of the Boston University College of Communication, Mike Givens has been a social justice advocate for more than seven years. During that time he’s worked on a range of initiatives aimed at lifting up marginalized populations. An experienced media strategist and public relations professional, Michael currently devotes his spare time to a number of vital issues including racial justice and socioeconomic equity.