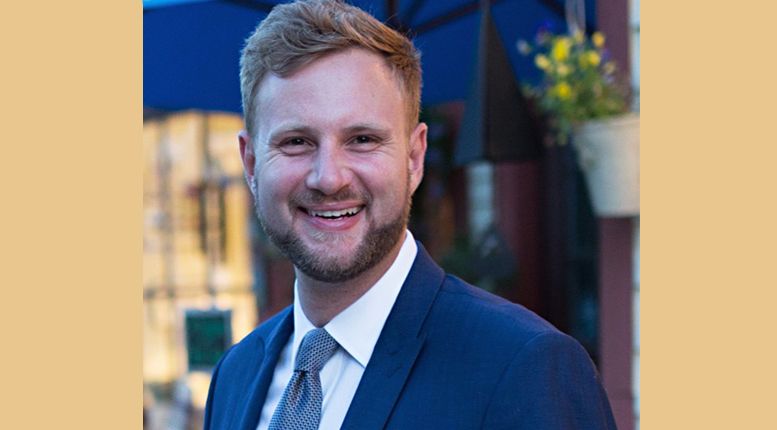 A new criminal justice reform bill slated to be voted upon by the Massachusetts legislature in 2018 could explicitly mandate protections for LGBTQ people in prison.

“An Act Relative to Criminal Justice Reform”, is an omnibus bill covering a wide range of criminal justice issues in Massachusetts and was voted out of the Senate earlier in the fall and will soon be considered by the House.

“Currently, the [Department of Corrections] has regulations that are voluntary, that do acknowledge the needs of LGBTQ people in the correctional system. [This amendment] basically establishes those protections in law, which is a stronger set of protections from a legal perspective,” said Senator Julian Cyr, D-Truro, Mass., who introduced an amendment with specific language protecting LGBTQ incarcerees. “It also establishes a special commission to look at the experiences of LGBTQ people in our criminal justice system.”

One of the major reforms the amendment mandates is for inmates to be addressed and treated in accordance with their lived gender identity when purchasing commissary items, being searched by correctional officers, and assigned housing.

The amendment also calls for LGBTQ people to receive independent health care services consistent with their gender identity, should the prison’s facilities be unable to address their medical issues properly.

Finally, the amendment calls for the formation of an eight-person commission, which will investigate and monitor the conditions of LGBTQ incarcerees and ensure compliance with the protections sought in the amendment.

Appointees would include law enforcement, social workers, health professionals and an advocate for formerly and presently incarcerated LGBTQ people.

Black and Pink, a national organization advocating for the abolition of prisons and for the rights of incarcerated LGBTQ people, has been outspoken about the discrimination that LGBTQ incarcerees face, particularly with practices such as solitary confinement.

A 2015 study by the organization, “Coming Out of Concrete Closets,” reported that LGBTQ people experience higher rates of incarceration, solitary confinement, sexual harassment and abuse than non-LGBTQ inmates.

The organization’s new national director, Tray Johnson, a lesbian of color who spent 13 years in the federal prison system, said the reality of LGBTQ people in prisons is one of hopelessness and constant fear and that current policy guidance for Massachusetts prisons are not effective in protecting LGBTQ incarcerees.

“That’s the age-old, this is all we can do,” she said. “Most of the time, LGBTQ people in prison, especially trans women in men’s prisons, their biggest threat is not other inmates. They’re assaulted by guards at the same rate that they are [by] other inmates.”

She also said that, since she is often deemed by others as masculine, she was repeatedly searched by male prison guards.

“The men say we have to be strip searched by men since we want to be men,” Johnson said. “We have to stand there and they’ll pat us down while we’re butt naked.”

Cyr said multiple reports point to a clear indication that where the state government interacts with LGBTQ people, progress is still needed.

“Despite a lot of progress in Massachusetts, [LGBTQ people] remain among the most vulnerable populations, specifically among transgender and gender nonconforming people and trans people of color,” Cyr said. “Part of my job is looking out for that community, and looking for opportunities where, from a policy perspective, we need to be looking everywhere the state government interacts with LGBTQ people. That includes criminal justice, the courts, and correctional systems.”

Johnson said that she’d like to occupy a seat on the eight-person commission so as to represent Black and Pink in ensuring the rights of incarcerees.

“We push to mandate that not only a person from a non-profit organization, but Black and Pink specifically, [be placed] on an oversight committee, and have access to LGBTQ prisoners in solitary confinement,” Johnson said. “We have put in the work. The groundwork was laid before I got here, and it’s been some tremendous groundwork laid by Black and Pink, and we deserve to have access to our people to be their voice.”

Where the Bill Stands

Earlier in the fall, the criminal justice bill was voted positively out of the Senate, however, the House version did not include an amendment comparable to Cyr’s.

Ahead of the upcoming 2018 legislative session, the entire bill is being reviewed in conference, where three members of the Senate and three members of the House come together to reconcile the two different versions of the legislation. It is this finalized bill that will be up for a vote before the entire legislature. If passed, the bill will be sent to the Governor’s desk for signing.

Representative Liz Malia, D-Mass., fought for the amendment in the House, according to Arturo Natella, her director of external affairs.

“Liz is going to be advocating for this on the House side,” Natella said. “She is going to do the best she can so that this important amendment gets through.”

Malia also supported an amendment authorizing data collection on LGBTQ people murdered in Massachusetts, which she hopes will also be included in a final iteration of the bill.

A statement by Natella reads:

“Representative Malia filed the LGBTQ Data Collection amendment to the House’s 2017 Criminal Justice Omnibus Reform Bill. Although the amendment wasn’t adopted during House debate, its inclusion in the Senate Criminal Justice Omnibus bill means that it could still appear in a reconciled bill. From marriage equality to public accommodations, Representative Malia has worked to advance LGBTQ civil rights. This data collection is one more way to ensure that government recognizes and respects us every time it touches our lives.”

Cyr said the most immediate task for people to foster change is to urge the members of the conference committee to keep the amendment. The rest, he said, is up to culture change.

“A lot of progress has been made here, but there’s still plenty of work to do. It’s not as high profile as prior fights, and often it’s about protecting a much more marginalized and smaller population,” Cyr said. “We need the entire LGBTQ community, including those of us who are in positions of privilege, and I’m certainly within that, to be committed to lifting up everyone in the community.”

To see the amendment as passed by the Senate, visit https://goo.gl/vGgs6Z.