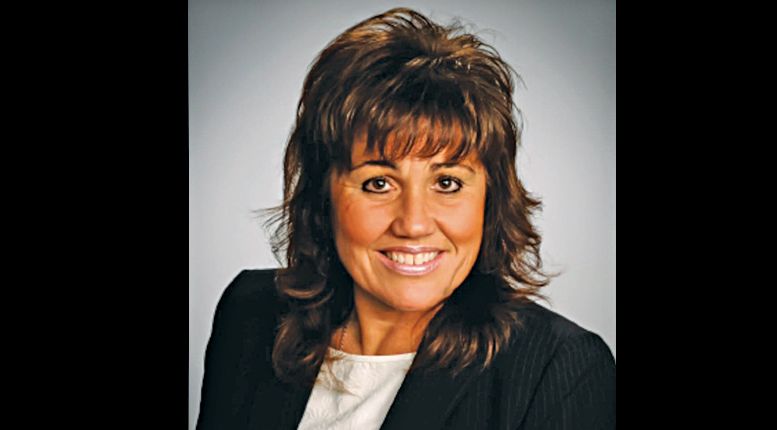 “We support our champions for equal rights and fairness among the candidates for the Legislature, and thank them for their stands on LGBTQ issues during this election season. Opponents of fairness and equality have circulated ugly, deceitful messages that harm Massachusetts families and communities. The rhetoric of hate and deception should have no place in Massachusetts. It runs counter to our values of fairness and equal rights for all citizens.”

MassEquality condemns these campaign mailings and calls on all candidates whose districts have received these mailings to denounce them as both offensive and categorically false.

“MassEquality is disturbed by the offensive and inflammatory campaign mailing that was sent to smear Representative Michael Day. This mailing misrepresents the Transgender Anti-Discrimination law by using incorrect information that opponents of transgender equality are trying to pretend are facts. Caroline Colarusso earned the endorsement of the very Governor who signed this bill into law. We hope that Ms. Colarusso recognizes how dangerous it is to spread blatant lies about an entire community for political gain, and that she follows Governor Baker’s lead in opposing any type of discrimination against the transgender community in public spaces.  Therefore, we urge Ms. Colarusso to denounce the statements made on this piece of mail about her opponent as both offensive and categorically false.”

On its surface, the photo is quite charming. A mother and son are standing in Christopher Columbus Park, a picturesque open space in Boston’s North End that looks out onto the Atlantic Ocean.

But their reason for being at the park on that day was more political than recreational. The mother holds a sign declaring, “Today’s White House Memo: Reminder: All Cabinet Members Pay Your Taxes.” The son carries a sign asking, “Mr. President, today is my birthday. May I have a stimulus check?”

It was April 15, 2009, Tax Day, and Caroline Colarusso and her young son were participating in a Tea Party demonstration in Boston. Just months earlier, the Tea Party had launched nationally and fiscal conservatives rallied around a platform advocating for a reduction in government spending and lower taxes. A series of demonstrations were held across the country and the party quickly gained media attention for its staunch conservatism and bold public tactics to crack down on big government.

The party’s main platform focused on issues of fiscal accountability and relieving the financial burdens placed on American taxpayers. However, the Tea Party, a subset of the Republican Party, also took stances on a number of social issues, in many instances espousing anti-immigrant, anti-LGBTQ, and anti-choice views while also decrying government expenditures on social safety net programs such as food stamps and President Obama’s Affordable Care Act (ACA).

More recently, the media has declared the Tea Party defunct. An October 2015 Gallup Poll reported that roughly 17 percent of Americans identify as members of the Tea Party. Just a month earlier, the Institute for Research and Education on Human Rights noted that though the Tea Party is not experiencing a significant increase in membership, there are still active members in every state across the country.

Colarusso is currently running to be the state representative for the 31st Middlesex District in Massachusetts, a seat that covers the towns of Stoneham and Winchester, both of which are less than 10 miles north of Boston, and evidence shows that the candidate still harbors harsh anti-LGBTQ views.

Colarusso first ran for state representative in 2014 and narrowly lost the race to current State Representative Mike Day by 500 votes.

During her run for the seat, Colarusso was endorsed by Catholic Citizenship (CC), a Woburn-based conservative grassroots advocacy group. CC released leaflets comparing both candidates on social issues and revealed that Colarusso supports a constitutional amendment defining marriage as between one man and one woman; opposes transgender rights legislation; wishes to defund the Massachusetts Commission on LGBTQ Youth; and supports a mandate that comprehensive sex education curricula not be taught in schools.

The Rainbow Times attempted to reach Colarusso for an interview, but an e-mail and phone request for comment were not returned.

“My opponent has refused to openly discuss her positions on LGBTQ issues despite multiple requests for clarification,” said Rep. Day. “The few positions I have seen from her are incompatible with the most important of our shared values and are incredibly disappointing.

“Civil rights are not issues that can or should be put up for votes. Defunding of the Massachusetts Commission on LGBTQ Youth when that population is struggling with an attempted suicide rate of 30 percent is unconscionable. The list, sadly, goes on and on.”

Rep. Day—who has taken pro-LGBTQ stances on several issues including a bill providing legal protections for transgender people in public spaces; supporting the Massachusetts LGBTQ Youth Commission; and marriage equality—said if defeated by Colarusso in the November 8 election, it would be a “giant step backwards.”

It started off as a typical campaign season phone call. The caller was conducting a poll on the 31st Middlesex District race and whether voters had made a decision as to whom they were voting for. When the Stoneham resident, who requested not to be named in this article but who will be identified as “Margaret,” replied that she was voting for Day, the telemarketer asked if knowing that Colarusso would lower trash and water fees in Stoneham made a difference of her opinion of the Republican candidate. When she replied with a stern “No,” the conversation took an outrageous turn, according to Margaret.

“Would it make a difference to you if you knew Rep. Day was allowing grown men to use little girl’s locker rooms and restrooms?” Margaret said the telemarketer asked.

“I can’t believe you just asked me that question,” she replied.

“It was really offensive,” Margaret continued, noting that she expressed her outrage to the telemarketer and informed her not to call her again.

The telemarketer was making a crude reference to the recently-passed public accommodations bill that provides explicit legal rights to transgender people in public spaces such as parks, restaurants, hospitals, and retail establishments. Conservative opponents of the legislation often referred to it as the “Bathroom Bill” and described it as a means to allow men to enter women’s restrooms and locker rooms to commit criminal acts. Representative Day was a co-sponsor of the bill, which was signed into law on July 8, and went into effect on October 1 (https://goo.gl/t3bw3C).

A second Stoneham resident, who also asked not to be named, but will be identified as “Karen,” said she received a similar call.

“I had a lot of choice words for the man on the other line,” Karen said, stating that she expressed how offended she was by the question.

“It’s just misinformation,” she continued, noting that the call made her dislike Colarusso even more.

Both Margaret and Karen said that they received the calls on Friday, September 23.

Margaret identified the name of the telemarketer as “Advantage Consulting” and provided The Rainbow Times with the phone number that came up on her caller ID when she was called. When The Rainbow Times called the number, it received the following automated message:

“Thank you. The call you received was concerning local political issues and not a sales call.”

An e-mail to Colarusso’s campaign inquiring as to whether she had hired a marketing research company to conduct the interviews was not returned.

According to the Massachusetts Office of Campaign and Political Finance (OFPF), a state government office providing information on candidates’ financial dealings, between January and August the Campaign to Elect Caroline Colarusso spent approximately $5,634.19 on a company named “Care of Advantage,” also known as Advantage, Inc., based out of Arlington, Va. According to its website, “Advantage, Inc. is one of the most reliable voter contact firms used by Republican candidates and public affairs organizations. We are a creative, fast-moving company made up of personnel with decades of combined experience in political campaigns.”

A call to Advantage Inc. requesting confirmation of a relationship between the company and Colarusso was not returned.

Mark Feblowitz, a resident of Winchester and ardent Mike Day supporter, co-authored a scathing letter to the editor of the Winchester Star accusing Colarusso of being a “Tea-Party darling” and dodging discussions around social issues.

“ … her flyers are silent on Colarusso’s Tea-Party past, her radical right-wing politics and the hard-right outside advisors guiding her campaign,” a portion of the letter read. “Those expensive flyers don’t mention her rabid resistance to women’s right to reproductive choice. She has said she would vote for the unconstitutional Texas-style prohibitive restrictions on legal abortions. They leave out her virulent anti-gay, anti-marriage-equality activism. They don’t mention the hardline Tea Party background she apparently wants to hide.”

In speaking with The Rainbow Times, Feblowitz did not mince words when discussing Colarusso.

“I recall very sharply that the [2014] campaign she ran was exceptionally stealthful in terms of stating her values,” he said. “I’m seeing evidence of a similar campaign this time. I see campaign materials that say exceptionally little about her, her values, or what she’s planning on doing.”

Feblowitz ended his letter to the editor with one sentence summarizing his contention about the 31st Middlesex District election on November 8:

“Be informed, before you vote!”

[Originally published on the cover of the October 5, 2016 issue of TRT]

Tis The Season To Be Jolly, Fa-la-la-la-la …