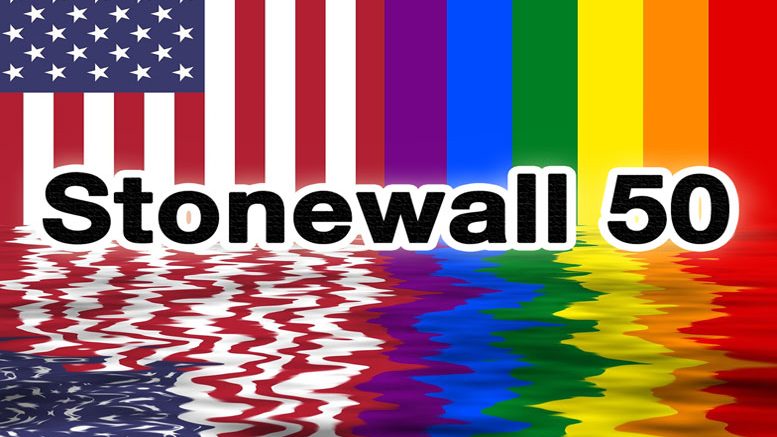 During the Stonewall anniversary, there is more than just “celebration”

This year marks the 50th anniversary of the Stonewall Rebellion, the penultimate moment of truth when the LGBTQ community rose up to counter the police brutality and harassment it faced on the streets of New York City. Those brave humans didn’t just rise up to counter beatings, harassment, and gross injustice that night; they rioted to say no more in the strongest of terms possible. Fast forward to 2019.

Prides all around the world this year have largely focused their marches, parades, and celebrations around the Stonewall Rebellion theme, honoring the legacy of those that sacrificed so much, so that the LGBTQ community could have liberation, equal rights, and protections, and be valued as human beings, instead of as second class citizens. They fought for an inclusive society, where all queer folks were full members of society with the same rights and privileges that its counterparts took for granted.

We’ve come a long way since that June 28, 1969 night when our very own took to the streets and risked their lives so that we could enjoy the level of acceptance that we have today and that should be celebrated, undoubtedly. There are more Americans in support of the LGBTQ community than ever before and the LGBTQ Equality Act passed the U.S. House of Representatives for the first time since 1974. Those victories should be celebrated.

This year also marks the 15th anniversary of marriage equality in Massachusetts and that, too, should be celebrated. But, how far have we actually come? And, how far do we have left to carry that torch once the music dies down, the parades and marches are over, and when the excitement of the season dwindles?

As you will read in the pages of this year’s New England Pride Guide produced by The Rainbow Times, the Stonewall Riots may have served as the catalyst for change, yet, the very people responsible for sparking our LGBTQ movement today are still under vehement attack by society, by the institution through systemic oppression, by our government, by police, and even members within our own community. Those very people whose names we hear far too little—two trans women of color, Sylvia Rivera and Marsha P. Johnson, and a black lesbian who also performed as a drag king, Stormé DeLarverie, were the initiating movers, shakers and heroes that sparked the uprising action that summer night and because of them, the LGBTQ community stands where it does today.

The irony is ubiquitous.

According to a report by the Harvard T.H. Chan School of Public Health, the Robert Wood Johnson Foundation and National Public Radio, discrimination in the LGBTQ community is still pervasive, especially for LGBTQ people of color.

Today, trans women of color are murdered, harassed and beaten at disproportionately alarming rates, women’s reproductive rights are under attack and Roe v. Wade has a real possibility of being overturned, which affects roughly half of the LGBTQ population. Virtually no civil rights are safe at this point with the Supreme Court being the most conservative we’ve seen in modern history.

The report also indicated that a substantial percentage of the overall LGBTQ community still confronts institutional and individual discrimination in virtually every realm.

“At least one in five of those surveyed said they have been discriminated against in the process of applying for a job (20 percent), being paid equally or considered for a promotion (22 percent) or buying or renting a home (22 percent),” the survey read.

Institutions of higher learning are also not immune to discriminatory practices. Of those LGBTQ community members who “applied for or attended college, 20 percent said they had experienced discrimination because of their gender identity or sexual orientation while applying or while at college.” These percentages worsen dramatically when race, ethnicity, gender and other intersectional identities are taken into consideration.

And, of course, we cannot forget about the hundreds of bills put forward in Congress that harm the LGBTQ community over the past two years, including the misusage of the Religious Freedom Reformation Act, which has been mischaracterized and used as a license to discriminate against the LGBTQ community and others. It is still happening and there is still so much work to do.

As we celebrate the battles won, we must remember our past and the wars waged to get here and prepare for those yet to come. We owe it to our foremothers and Stonewall survivors to act to protect our present, future, their legacy and the LGBTQ community still under siege, especially at the intersection of race, ethnicity, sexual orientation, and gender identity.

As Stormé DeLarverie shouted to the onlooking crowd as she was brutally beaten by police simply for her outwardly presentation, “Aren’t you guys going to do something?”

*Nicole Lashomb is the Editor-in-Chief of The Rainbow Times and Co-Founder of Project Out. She holds an MBA from Marylhurst University and a BM from the esteemed Crane School of Music/SUNY Potsdam. Nicole can be reached at editor@therainbowtimesmass.com.