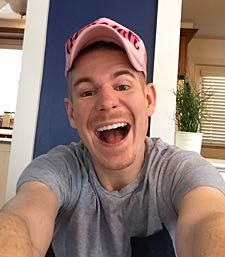 Despite our continued march toward complete LGBT equality, we’re still faced with haters trying to hold us back—and some people work harder than others. This retrospective of the year that almost was recognizes the vilest of the vile for their anti-accomplishments in the first-ever Frivolist Awards. Behold my picks for the biggest Di@ks of 2015, then make your own nominations by reaching out on Twitter @mikeyrox.

And the sinners are…

Domenico Dolce and Stefano Gabbana—gay designers and former lovers—don’t mind rolling around their Milan villas in the truckloads of cash they earn from the LGBT community who buy their line of high-priced goods, but they’re totally against us raising children. In the March 2015 issue of Italian magazine Panorama, the fashion has-beens said they opposed gay adoption because “the only family is the traditional one” – who have expensive taste, of course.

The Rowan County, Kentucky clerk became the face of a movement opposed to same-sex marriage despite the repeal of DOMA by the Supreme Court when she defied law-of-the-land orders to issue licenses to gay and lesbian couples. For weeks she dominated the national news headlines for her antics—which landed her a five-day stint in the clink—before reversing course and allowing her office to issue the licenses so long as they didn’t include her signature. Time magazine considered Davis for its 2015 Person of the Year before remembering it had a reputation to uphold.

In September, Martin Shkreli—the 32-year-old entrepreneur with an alleged net worth of $100 million—went from “boy genius” to the “most-hated man in America,” according to CNN Money, when he raised the price of Daraprim, a drug used by some AIDS and cancer patients, from $13.50 a pill to $750 overnight. Social media vilified the Turing Pharmaceuticals AG CEO, who, in response to the public outcry, said he would lower the list price to something more affordable, but in November decided to offer hospitals volume discounts instead.

Celebrated neurosurgeon and presidential candidate Ben Carson, who, as of press time, ranked fourth among Republican primary voters nationwide with 11 percent backing, has compared same-sex marriage to bestiality, said that LGBT parents are not of “equal value” to those in traditional marriages, and believes that LGBT rights are not the same as civil rights. Too bad he can’t give himself a lobotomy.

“Republican hypocrite” Caitlyn Jenner—who plans to vote for whatever anti-LGBT A-hole gets the go-ahead by the GOP to take equality a few steps back next year—revealed herself to be as out of touch with reality as the “reality”-juggernaut Kardashians from whom she escaped—and you know momma Kris’ claws dig deep—when she went on Ellen earlier this year to discuss her misaligned political views. The former Olympian continues to stick her stilettos in her mouth when representing the LGBT community, most recently when she urged her trans brothers and sisters to work harder when trying to “look the part” as to not make other people feel uncomfortable. Ya know, because everybody has a hair and makeup team on call. [pullquote]Ted Cuz, Gov. Mike Huckabee and Gov. Bobby Jindal, and who regularly calls for the return of “biblical punishment” for homosexuality—death to both participants—because it’s the “in” thing to do when you live in glass houses.[/pullquote]

If it weren’t for the current election cycle, we might not have any idea just how much America’s so-called “Christian” faction—the radical portion, anyway—really, really want us to burn in hell. Take Pastor Kevin Swanson, for instance, whose supporters include Republican presidential candidates Sen. Ted Cuz, Gov. Mike Huckabee and Gov.Bobby Jindal, and who regularly calls for the return of “biblical punishment” for homosexuality—death to both participants—because it’s the “in” thing to do when you live in glass houses.

For as much vitriol Christians spew about top-dog terror organization ISIS (ironic, isn’t it?), at least they’re not actually following through on their plans to execute us gays—unlike these mass murderers as well known for their savage beheadings of humanitarians and journalists as they are for executing suspected homosexuals by tossing them off buildings onto piles of cement blocks. The jihadist group has claimed responsibility for killing at least 30 gay men.

The Bigots of Oak Lawn, Dallas

Hate crimes in the Dallas “gayborhood” of Oak Lawn became such a common occurrence this year—at least a dozen incidents were reported—that local police had to put it on “lockdown.” “Survivors have been beaten with bats, stabbed with box cutters, pistol whipped and pummeled with fists,” according to Rally for Change, a local org who petitioned for the increased police presence to combat the rampant violence, as reported by Queerty. The bloody attacks became so frequent, in fact, that Mayor Mike Rawlings went door-to-door to assure residents that his administration was doing its best to address the issue.

When still-single mother-of-the-decade Bristol Palin (whose second child born out of wedlock is due sometime near the end of the year) isn’t touring the country as a teen-pregnancy-prevention spokesperson or lamenting same-sex marriage, she’s tackling important issues like the gayification of America’s java drinkers who are subliminally forced to get their fix from Starbucks’ war-on-Christmas cups that are clearly “trying to cater to the gay agenda in the country” with their “awful red color.” May God have mercy on her spawn.