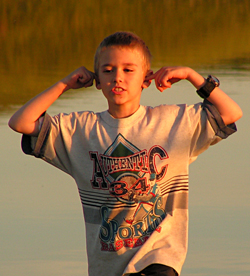 The oppressor cannot be the victim. Yes, it is as simple as that. If you’re anything like me, you would have wished not to hear anything more from Gov. Mike Huckabee after he lost the Republican bid to the White House back in 2008. But, since his failure, he doesn’t seem to stay much out of the public eye. He is the “Christian man” who is well-known for his attacks on non-majority citizens, most recently the LGBT community, surrounding the Chick-fil-A controversy. He was so outraged that Chick-fil-A’s CEO was receiving widespread criticism by the public and elected leaders (see TRT’s August, 2012 issue for a story about this on p. 4) for his verbal attack on the LGBT community that he launched a “Chick-fil-A Appreciation Day,” held on August 1.

On the Facebook page Huckabee launched to garner support to show “appreciation” for a business that actively works toward blocking the rights of LGBT citizens through third party organizations, he wrote “The Cathy family, led by Chick Fil-A founder Truett Cathy, are a wonderful Christian family who are committed to operating the company with Biblical principles and whose story is the true American success story … It’s a great American story that is being smeared by vicious hate speech and intolerant bigotry from the left.”

Vicious hate speech and intolerant bigotry from the left? The last time I checked, the left is where most modern day liberties, freedoms and civil rights stem from. It is not the left that is attempting to block the rights and freedoms of minority groups such as the LGBT community, women, immigrants and many other oppressed groups. Get real Huckabee. However, he is not the only Republican politician to utter such ludicrous comments. Mitt Romney, Michelle Bachman, and John Boehner are other fine examples of “freedom of expression” at many citizens’ mercy. These people simply project their own sentiments by turning them around and directing them at the opposing party to confuse the public, become the martyr or cry wolf.

Additionally, why is it that in a country that is diverse in just about every way, many Republican leaders somehow think it is appropriate to govern according to their religious beliefs? This occurs in election cycle after election cycle. However, never has there been a time where I can remember “Christianity” taking the front and center stage to defend bigoted and discriminatory viewpoints and justification for laws against certain groups of individuals. And, this type of profiling is all taking place while citing a sacred book like “The Bible?” Most of these “hate mongers” who persecute others based on their belief systems are neither Theologians nor biblical scholars. They are simply people that believe in what another lay human being believes. It is all a little too convenient that politicians justify discrimination in a power hungry world by citing their blundered interpretation of Biblical precepts. The Bible was used to condone slavery too, but I think just about every Republican politician would undeniably agree that logic is erred. Citing the Bible in current times is erroneous for a multitude of reasons. First, you have to consider the historical context in which the Bible was written. Lastly, Christ himself did not discriminate or judge, yet people seem to feel that they are justified and righteous to do so.

*Nicole Lashomb is the Editor-in-Chief, co-owner and co-founder of The Rainbow Times. She holds and MBA degree from Marylhurst University and a Bachelors in Music from SUNY Potsdam. She can be reached via e-mail at: editor@therainbowtimesmass.com