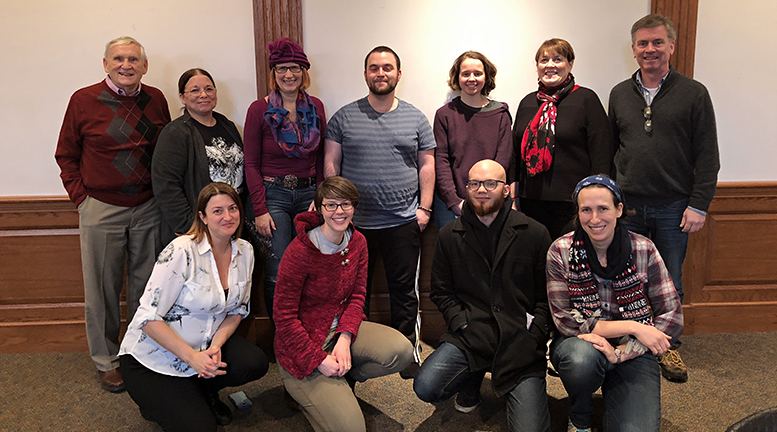 The Incorruptibles are changing the way activism works

By: Mike Givens/TRT Assistant Editor—
In the wake of the November 8, 2016, presidential election that saw Donald Trump elected as the 45th president of the nation, a small group of activists decided to take action into their own hands and start training the country’s next generation of leaders.

“The Incorruptibles are focusing on the long game: Filling local governments with great politicians trained to keep their connection with the vulnerable, who will then move on to state and national government,” said Anna Callahan, the director of the Berkley, California-based nonprofit, The Incorruptibles.

Launched in May 2017, the initiative was birthed from a collective frustration with the current state of politics and instances of racism, classism, anti-LGBTQ sentiment, and xenophobia.

“The idea for the Incorruptibles came about when a few Bernie [Sanders] volunteers were asking ourselves what, exactly, is wrong with our government,” she said. “Our one-sentence answer was that it is not filled with true representatives of the people who fight for economic, racial, social, and environmental justice. Our mission is to fill all levels of government with these people.”

Battling the One Percent

U.S. Senator Bernie Sanders of Vermont ran a campaign against Hillary Clinton in 2016 to become the democratic nominee for president. Between February 1 and June 14 of that year, Clinton and Sanders faced off in primaries across the nation, with Clinton walking away victoriously with nearly 60 percent of the collective vote. Clinton would go on to face—and lose against—Donald Trump in the general election for president.

Sanders often campaigned as a candidate much more rooted in progressive values and policies than Clinton, who was often labeled as a political insider. After the general election, Democrats found themselves scrambling to find new, inspired leadership to combat contentions that Trump epitomized elitism, capitalism, bigotry, homophobia, transphobia, and greed and, if left unchecked, would lead the nation down a disastrous path.

“We live in a time of skyrocketing inequality and unheard-of levels of money in politics,” said Callahan. “The one percent control our national government.

“This has been achieved by a carefully implemented long-term plan by right-wing billionaires. While there is a lot of energy behind resisting Trump, there is very little effort put into long-term planning and implementation on the left. We can’t create the world we want if we spend all our energy resisting their vision.”

In October, The Incorruptibles started a series of trainings to help progressive voters interested in running for office gain a better understanding of political organizing and campaigning.

“We have facilitated 15 workshops in the last eight weeks in Oklahoma, northern, central, and southern California, Massachusetts, and Rhode Island,” Callahan said in mid-March of the organization, which is completely volunteer-run.

Between March 4 and March 10, The Incorruptibles held seven workshops in several Massachusetts cities and towns including Cambridge, Lowell, Waltham, and Somerville, and one workshop in Providence, Rhode Island.

Liz Miller of San Francisco, a board member of the Incorruptibles, said the trainings are heavily grassroots oriented in that they respond to basic concerns around political organizing and what it takes to win elections.

“Do [workshop participants] want to research issues and help [city] council members understand them? Great. Do they want to knock on doors and listen to the underrepresented, then write up the information to help change the power structure? Awesome. Do they want to figure out who has the power and makes the decisions affecting their lives, so they can organize and agitate to change them? Hooray! The more we inspire and organize like this, the more work can get done.”

Miller was adamant that a lack of engagement with democratic politics will be detrimental to the nation.

“Corruption and disengagement in society will spell our collective doom if we don’t work for the world we want,” she said of the reason why she joined The Incorruptibles’ board.

With titles such as “Convincing Coalition Partners & Cultivating Candidates,” “The Incorruptibles Strategy Workshop,” and “Participatory Democracy,” the workshops brought together progressive-minded leaders seeking to make change.

Lauren Niedel of Chepachet, Rhode Island, is a member of Our Revolution, a national organization dedicated to supporting progressive political candidates and creating a power base to advance a “political revolution.” Whereas The Incorruptibles is a training and skills building organization, Our Revolution harnesses the power of those trained leaders to advocate for progressive candidates for office and legislative policies, both locally and nationally. Both organizations are inspired by Sanders’ campaign for president.

“We will be forming a coalition of groups to put together a strategy to replace five democratic senators in the Rhode Island General Assembly who work against progressive … bills,” Niedel said of her current work and how the workshop she participated in, “Organizing Your State,” helped inspire her to work locally towards change.

Max Parish of Watertown, Massachusetts, said that the three workshops he participated in helped raise a greater awareness of the importance of building relationships.

“After taking these workshops, I’ll be mindful about prioritizing coalition-building in my organizing, especially among marginalized groups in the community,” he said. “I’ll be mindful about the ways in which I approach conversations and interactions with prospective coalition partners to maximize trust and relationships with one another.”

Chris Gamble of Waltham, Massachusetts also attended three of the Massachusetts workshops and said that the sessions helped improve his skills as a political organizer.

“I will immediately start using the lessons I learned from The Incorruptibles workshops to further my advocacy work,” said Gamble, who is a member of Progressive Waltham, a local chapter of Progressive Massachusetts, a left-leaning grassroots organizing group. “We have already begun reshaping our goals and how to get them in this new light, emphasizing a need for a coalition of groups to apply pressure to city councilors, not just going at it alone.”

“When they do something you don’t like, get mad”

“Here is the standard model,” she said. “First, Get a bunch of progressives together. Second, wait until the candidates declare they are running. Third, choose the least bad of the candidates [to endorse]. Fourth, work hard to get them elected. Fifth, when they do something you don’t like, get mad.”

She said that The Incorruptibles’ model of organizing is much more proactive.

“Instead of reaching out to the people most likely to vote, you’ll reach out year round, every year to the people least served by government,” she said of the first step in the model. “This will not only increase voter turnout, but it will build your coalition by converting bystanders into activists.

“[Second], instead of waiting for candidates to self-select—where you get mostly male, mostly white, mostly rich people—you’ll cultivate candidates who might never have thought of running for office. [And finally], instead of waiting for your elected officials to do something you don’t like, you will be involved in policy-making at every level, helping to decide city priorities, write policy, and pass it.”

Rachel Distler, a member of the Somerville chapter of Our Revolution, said that she is a believer in The Incorruptibles’ model of organizing.

“I think the model that The Incorruptibles puts forth is something that all activist organizations need to learn, especially in the current era,” she said of her personal opinion of the workshops. “Activist and progressive groups often fall prey to a fear of taking leadership roles and the burnout that is inevitable when our stance is constantly one of fighting against rather than fighting for, which keeps the goals looking unattainable and attention focused on failures instead of successes.”

Distler said that The Incorruptibles help inspire everyday voters to run for office and be more proactive in taking back local communities from well-resourced, conservative leaders who want to maintain the status quo.

“One of the reasons that we are in the position we are in is that we weren’t doing the work at the roots for the past 20 to 30 years … and so we were always weak going up against an organized system with a lot of resources that had been grooming and promoting their own people to positions of power for many decades,” she said. “I’ve told everyone I know that they need to bring this workshop to their group.”