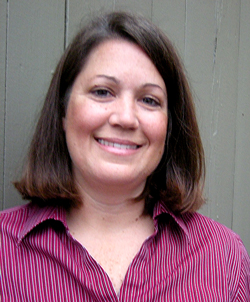 So much of life is about being in the right place at the right time.

For Lisa Howe, that meant that at the age of 25 being part of a group of young women who had grown up playing soccer. A Dallas native, she starred on a Barry College team that won the 1989 Division II national championship. She and many others were beginning their coaching careers at the exact moment a number of colleges – in response to Title IX – were introducing women’s soccer programs and hiring female coaches.

She started her new job as head coach of the Jacksonville (Alabama) State women’s team on April 1, 1995. By August she had to recruit an entire squad, hire a staff, market the program, develop a fan base – and, oh, yes, coach too. But the women quickly became one of the top teams in their conference.

Howe is very proud of her accomplishments. Yet in 2005 – lured by the chance to move to a big city – she applied for the head-coaching job at Belmont University. The Nashville school was Baptist-affiliated, and had a conservative reputation.

“I was hesitant,” Howe admitted. “But when I dropped off my resume, and then returned for an interview, I found the student body and faculty were a lot more liberal than Jacksonville. There were theater and dance programs – it was like apples to oranges.”

Howe had another reason to be hesitant: She’s a lesbian. But, she said, there was a reason her sexuality was not a deal-breaker: “It’s a Christian school, and I’m a Christian.”

But if much of life is about being in the right place at the right time, another part is about making the most of whatever situation one finds oneself in.

Six years later – after engineering a dramatic turnaround in Belmont’s program, and earning the respect of athletes and the rest of the community – Howe found herself in a difficult spot.

Her girlfriend was a few months away from delivering their baby. The partners had recently been at a wedding filled with other coaches and former Belmont players; her girlfriend was showing.

In November 2011 Howe came out to her players in a post-season meeting. She told them that she was in an eight-year relationship – and that soon she’d be a mom.

“I loved coaching,” she recalled earlier this month. “I’d prioritized team cohesion, and always tried to build team chemistry. That requires trust, which we had a lot of, and honesty, which had not been full on my part.”

Many players probably suspected Howe was a lesbian, she said, and knew her partner. But, she added, “they needed to know I wasn’t ashamed – that I’m proud of who I am. I wanted to be the one to tell the team, and let them know who I am and where I’m coming from.”

The players seemed pleased. (“We always wanted a team baby,” one told ESPN.)

The administration – not so much.

Howe felt “angry, sad, liberated – all kinds of emotions.” After a battle of words in which Howe and administrators offered different reasons that she was leaving (their final statement, bound by confidentiality, mentions “mutual agreement”), Howe’s story went public.

Thanks to aggressive reporting by the Belmont student newspaper, Howe became a cause celebre. Team members, students, faculty members and people in Nashville who had never heard of Howe rushed to support her.

So did Mike Curb, a musician, record company executive, NASCAR owner and former Republican lieutenant governor of California, who was a major benefactor of Belmont.

“So many people stood up as active allies,” Howe said. “That really enlightened and empowered me.”

On April 27, 2011, her daughter – named, fittingly, Hope – was born. For the rest of the year Howe was a stay-at-home mom (with a few speaking engagements thrown in).

“If I had still been coaching soccer, I couldn’t have done that,” Howe noted.

But as of February 1, she has a new job. Howe is now executive director of the Nashville GLBT Chamber of Commerce. Her goal is to raise membership from 70 its current businesses to 150, and to add many more benefits.

Her soccer coaching background should help, she said.

Leading the GLBT Chamber of Commerce “is all about relationships,” Howe explained. “Whether you’re building those through sports, or through businesses working together, it’s not much different. And whether I’m running events and meetings, or setting a calendar and budget, it’s definitely similar to the administrative side of coaching.”

However, you can’t keep an old (well, former) coach down. And – in a nod to both being in the right place at the right time, and making the most of the situation she finds herself in – Lisa Howe concluded, “I may coach again one day too.”

After all, there’s always Hope.