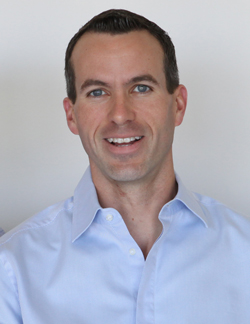 A few years ago, no one was talking about LGBT issues in sports. Now, everyone is.

Suddenly, the game that dared not speak its name turned into a cacophony. Legit sports organizations (the NCAA; American Alliance for Health, Physical Education, Recreation and Dance) wanted to address homophobia in athletics. So did gay groups like GLSEN, GLAAD and the National Center for Lesbian Rights.

Smaller organizations cropped up specifically around gays in sports. They had names like Athlete Ally, Our Group, the StandUp Foundation and You Can Play.

You could not tell the players without a scorecard.

Cyd Zeigler covers LGBT sports for a living. Co-founder of the very popular website Outsports, even he was confused. And he realized many groups were talking past – if not against – each other. Observing so much duplication of ideas and energy, he wondered what it would take to get a variety of organizations into the same room.

Kirk Walker, head softball coach at Oregon State University, loved the idea. He suggested the perfect host: Nike. Walker had worked with the company in the past and had been impressed with their gay-positive attitude.

The first problem was keeping the June meeting to a manageable size. “We wanted it to be a working group,” Zeigler says. “You can’t do that with 100 people. We kept it to 25 so we could have real conversations.”

Talk they did. Though Nike went all out as host – covering travel costs and meals; throwing a welcome party and Pride reception at their downtown Portland store; offering meeting space on their Beaverton campus; welcoming Summit participants to march with the Nike contingent at the Portland Pride parade – their real contribution was providing leaders and facilitators.

On Saturday morning – after two days together – a Nike executive spoke up. “This is great,” she said. “But you’re not thinking big enough.”

Her words were electrifying. “Everyone realized she was right,” Zeigler recalls. The group scrapped the rest of the day’s agenda, and focused on how they could “really, really change sports in a big way,” he says.

Gradually, participants focused on the idea of “champion.” Though the word now means an athlete who plays on a winning team, Zeigler says that from the time of the Romans a champion has been defined not by trophies won, but by actions taken.

“A champion is someone inclusive and supportive,” Zeigler notes. “We realized how important it is to drive this idea forward: that a champion includes and supports everyone on his or her team.”

The newly formed “LGBTQ sports coalition” vowed to work to achieve several goals. They will engage each of the major American professional sports leagues to work toward inclusion. They will try to increase the visibility of out college athletes, coaches and allies. They will devise an “LGBTQ inclusive model policy” for national youth and adult recreational leagues.

And they will promote a new, inclusive definition of “athletic champion” to young athletes, while providing inclusive training resources to physical education teachers and coaches.

“Everything we do, it’s ultimately about youth and young athletes,” Zeigler says. “That’s something everyone agreed on.”

Of course, any time over a dozen groups get together, there will be contention. At the summit, discussions of funding were seldom easy. “Ultimately, there’s a limited amount of resources,” says Zeigler. “Groups compete for funding. That came through very clearly.”

But overriding those discussions was a more important feeling: trust. “A lot of the people there had never met each other. Or they didn’t understand or trust them,” Zeigler says.

Zeigler adds, “The gay sports movement has been going on for 40 years. But I think this is the beginning of the end of homophobia in sports.” He predicts that within four years, anti-gay attitudes in athletics will have faded remarkably.

Why four years? “That’s the length of high school, or the number of years you play in college. It takes four years for each group, beginning to end.”

Zeigler uses one final sports analogy to sum up the good feeling of the men and women at the Nike LGBT Sports Summit.

“Part of winning is playing well together. We’re athletes. We all know how to win.”

Dan Woog is a journalist, educator, soccer coach, gay activist, and author of the “Jocks” series of books on gay male athletes. Visit his website at www.danwoog.com. He can be reached care of this publication or at OutField@qsyndicate.com.

Ask a Trans Woman: Clinton or Trump, a Political Fight We Must Focus On