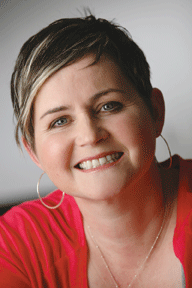 When the deadline for this column loomed, I panicked. I have absolutely no clear opinions about anything this week, aside from my continued disgust about the status of LGBT civil rights around the world. Being disgusted by something, however, doesn’t immediately translate into having something interesting to say about it. Those leaders who are supporting everything from involuntary “corrective” therapy (Russia) to “corrective” rape (South Africa) for LGBT people need to be strung up by their toes. I don’t really have a middle ground to discuss. Moral people must take a stand, regardless of their opinions about – I dunno – same-sex marriage or teaching LGBT history to school kids.

Aside from such clear assaults on our humanity, I’m currently at a loss about what to think about the issues being discussed this week. Let’s start with the Sochi Olympics. Like I said, Russia is on my s$#t list and in some weird reverse aging process where they’re going all 1950s on LGBT rights. Now what do we do about the Winter games there? After I read British actor and writer Stephen Fry’s impassioned call for a change of venue to some place mellow, like Canada, I had to agree. The scape-goating and harassment of LGBT people in Russia right now looks eerily like the early treatment of Jews around the time of the 1936 Munich Olympics. Seemed clear to me that reasonable people couldn’t possibly support the Sochi Olympics.

But then Greg Louganis, the out Olympian diver, publicly opposed such a move, or any boycott of the games, because, he argued, it would hurt the wrong people. Going to the games as planned will give LGBT athletes an opportunity to show the world what LGBT strength and dignity looks like, and keep Putin from being able to act like a martyr for antiquated social policies in Russia. Oh well, that makes sense too. Hmm. I guess I’m against the boycott now.

Now let’s look at the ex-ex-gays – you know, the former Exodus leaders who have publicly apologized for the all the damage they’ve done trying to make people straight. Last month I wrote in this column that I forgave these guys, even though I could understand why other people wouldn’t be so willing to. After a week, the only comment I got accused me of blaming the victim. OK, I get it. Maybe it wasn’t up to me to forgive. After all, I’ve never been to gay conversion therapy. I don’t know what it’s like to have the whole Clockwork Orange number done on my sexual psyche. I’m not quite willing to concede my right to forgive, but I can understand how this issue is more fraught than perhaps I originally suggested.

Let’s now move to pop culture – because our community certainly does love its high pop (and I will stand by this assertion no matter what anyone says). If you have broadband Internet, then you have by now binge-watched Orange is the New Black, a fabulous lez-poz spin on the old prison cliché. Not only is Orange clever, it deftly explores the myriad of human sexuality, with no one type of relationship being more healthy or “normal” than the other – of course, within the context that prison makes everything bizarre.

Here I was, appreciating our progress in this respect, thinking that GLAAD should be so happy about Orange , when this morning I read a compelling commentary on the invisibility of bisexual identity in the show. Never mind that the main character is fairly obviously bisexual, no one ever calls her that. I see the problem. Damn, and I like the show so much.

Have I become wussy and uncertain in my opinions or has our community dialog become way more sophisticated? Back in the day, it seemed like we just pushed back. That’s not enough now. We have progressed to the point where we have choices. We have strategies to formulate. Everyone has a potential media presence to consider. I’ll go out on a limb and say that it’s not me, things are more complicated now. Please cut me some slack and I promise I’ll keep trying to figure out what I think about it all.