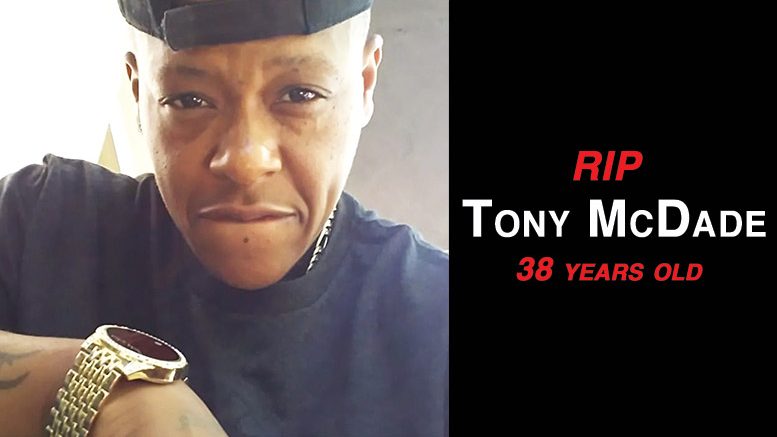 “Our hearts break for Tony’s family and friends,” said Gaby Padrón Loewenstein, a volunteer with the Florida chapter of Moms Demand Action. “While details are still emerging, Black people in America, especially those in the LGBTQ community, live with the threat of gun violence in ways that other Americans do not. Until we can ensure every member of our community is safe, there’s more work to be done.”

“Tony McDade will never get his day in court,” said Anna Logan, a student volunteer with Leon High School Students Demand Action. “This comes at a time when our country is keenly aware of the frequency of police violence against Black people in America.”

“Transgender people face extraordinary levels of physical and sexual violence, whether on the streets, at school or work, at home, or at the hands of government officials,” said Rodrigo Heng-Lehtinen, Deputy Executive Director at the National Center for Transgender Equality. “Transgender people of color, especially Black transgender people, are often pushed into desperate circumstances due to discrimination and rejection. According to our research, more than one in four trans people has faced a bias-driven assault, and rates are higher for Black trans people. Gun violence is responsible for many deaths in the trans community, and no matter who pulls the trigger, it’s unacceptable.”

Tony McDade is at least the fifth trans person to be shot and killed this year. Four of the five victims have been Black. Between 2017 and 2019, there were 80 homicides of trans or gender non-conforming people in America, and three in four of these victims were killed with a gun, Everytown Research shows.

Everytown intentionally includes police-involved gun homicides in its ongoing tracking of fatal shootings of trans Americans, including the shooting of Scout Schultz, a 21-year-old engineering student and LGBTQ activist, who was shot by campus police officers at the Georgia Institute of Technology in 2017.

Police-involved shootings have reverberating effects in communities that experience these shootings, decreasing public safety by damaging public trust in law enforcement, ultimately making communities less likely to believe the police will help in an emergency. Research finds that meaningful use of force policies reduce police shootings. By encouraging de-escalation, utilizing early intervention systems, and ensuring that officers who act in a manner that is criminally negligent can be held accountable, the use of force policies can ensure that laws help advance safety and promote trust in the police.

About Everytown for Gun Safety

Everytown is the largest gun violence prevention organization in the country with nearly 6 million supporters and more than 350,000 donors including moms, mayors, survivors, and everyday Americans who are fighting for public safety measures that can help save lives. At the core of Everytown are Mayors Against Illegal Guns, Moms Demand Action for Gun Sense in America, Students Demand Action and the Everytown Survivor Network. Learn more at www.everytown.org and follow us @Everytown.

About Moms Demand Action for Gun Sense in America

Moms Demand Action for Gun Sense in America is a grassroots movement of Americans fighting for public safety measures that can protect people from gun violence. Moms Demand Action campaigns for new and stronger solutions to lax gun laws and loopholes that jeopardize the safety of our families. Moms Demand Action has established a chapter in every state of the country and, along with Mayors Against Illegal Guns, Students Demand Action and the Everytown Survivor Network, it is part of Everytown for Gun Safety, the largest gun violence prevention organization in the country with nearly 6 million supporters and more than 350,000 donors. For more information or to get involved visit www.momsdemandaction.org. Follow us on Facebook at www.facebook.com/MomsDemandAction or on Twitter at @MomsDemand.

About National Center for Transgender Equality

The National Center for Transgender Equality advocates to change policies and society to increase understanding and acceptance of transgender people. In the nation’s capital and throughout the country, NCTE works to replace disrespect, discrimination, and violence with empathy, opportunity, and justice.